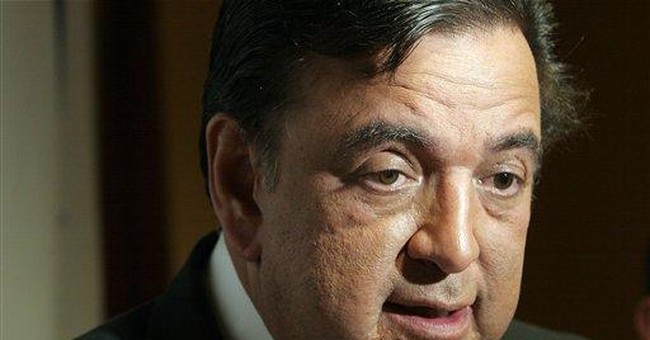 By all accounts, Dr. Holsinger is widely respected by his peers in the medical, academic and state government communities. But, nonetheless, Dr. Holsinger has come under tremendous fire from liberal activists for having the courage to address the compelling medical evidence and multiple studies which underscore the reality that homosexuals can escape the homosexual lifestyle and realign themselves to a biologically and spiritually natural heterosexual “orientation.” The irrefutable reality that thousands of former homosexuals have chosen to leave the “gay” lifestyle they once chose to enter only serves to further bolster – if not prove entirely – Dr. Holsinger’s advised medical assessment.

Much of the controversy revolves around a comprehensive compilation of medical studies Dr. Holsinger distilled titled, “The Pathophysiology of Male Homosexuality.” In the study, Dr Holsinger placed scientific substance over political correctness by unapologetically demonstrating the seemingly self evident reality that, from a medical standpoint, homosexual behaviors, such as male-on-male sodomy, are “unnatural” and “unhealthy” and run entirely counter to natural human biological design.

Wrote, Holsinger, “… From the perspective of pathology and pathophysiology, the varied sexual practices of homosexual men have resulted in a diverse and expanded concept of sexually transmitted disease and associated trauma.

“It is absolutely clear that anatomically and physiologically the alimentary (digestive) and reproductive systems in humans are separate organ systems. … Even primitive cultures understand the nature of waste elimination, sexual intercourse and the birth of children. Indeed our own children appear to ‘intuitively’ understand these facts.”

But facts and logic have a way of running counter to the left’s agenda, so we shouldn’t be at all surprised that there is such a liberal gnashing of teeth over Dr. Holsinger’s nomination. He’s clearly struck a chord on the issue of homosexual behavior and the homosexual lifestyle, and that chord rings sour with those who don’t want to hear it.

However, to their bitter discord, that chord does ring true. And when the light of truth, science and reality is shined upon the fantasy world of political correctness in which the left collectively resides, then they quickly scurry for the shadows of self-delusion and send out their most raucous and militant to dampen anything or anyone who might provide illumination.