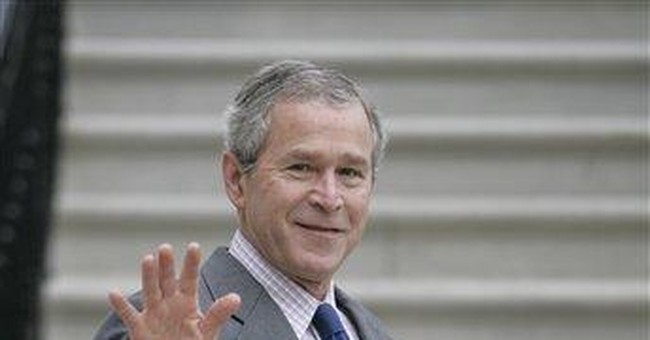 Liberals in the House of Representatives have passed the “hate crimes” bill, H.R. 1592, the Local Law Enforcement Hate Crimes Prevention Act, by a margin of 237 to 180. The Senate version (S. 1105) deceptively and sensationally titled “The Matthew Shepard Act” is expected to be voted on soon. But to the consternation of the bill’s proponents on the left, and to the relief of those who value the constitutional mandate of “equal protection under the law,” the President’s office has signaled that a veto is likely should the bill arrive on his desk.

This clearly unconstitutional piece of legislation would grant individuals who choose to engage in homosexual behavior (“sexual orientation”) or cross-dressers suffering from gender identity disorder (“gender identity”) favored treatment over other citizens by elevating them to a preferentially protected class of victim.

The 14th Amendment of the U.S. Constitution guarantees “equal protection under the law” for all citizens — regardless of their sexual preference. This legislation flies in the face of the 14th Amendment creating a two-tier justice system made up of first-class victims such as homosexuals and cross-dressers, and second-class victims such as the elderly, children, pregnant women, the homeless and others who choose not to engage in homosexual or cross-dressing behaviors.

There is no evidence whatsoever to suggest that homosexuals or cross-dressers do not receive equal protection under the law. In fact, you need only look to the most famous “hate crime” of all — Matthew Shepard — to arrive at that conclusion. Although the evidence determined that Shepard’s murder was not a “hate crime” by definition (a misconception still widely propagated by the homosexual lobby, the media and liberal lawmakers) the two thugs who committed the crime nonetheless received life in prison, and rightfully so. (Shepard’s murder turned out to be the end result of a robbery for drug money gone from bad to horrible).

By the same token, the murderer of Mary Stachowicz, a devout Catholic grandmother who was brutally killed by a homosexual man in Chicago merely for sharing the Bible, was also given a life sentence. The system worked in both cases, and both victims received equal justice under the law apart from any “hate crimes” legislation.

H.R. 1592’s entire foundation is built upon fraud. Consider that investigators have determined that the very “hate crime” (Andrew Anthos in Michigan) exploited by liberals in Congress to whip up an emotional frenzy to justify introduction of the bill, was a false report from the start. It never even happened. And instances of such fabricated and apparently politically-motivated “hate crimes” reports keep piling up one after another.

But even more of a sham is the “interstate commerce” language within the bill which proves that it’s rotten to the core. In order for the federal government to usurp the states’ police power, liberals in Congress have had to openly lie in order to circumvent the 10th Amendment which limits the federal government’s authority in such matters to those powers expressly delegated by the Constitution.

How’d they get around that pesky ol’ Constitution? The same way they always do — by disingenuously invoking the Commerce Clause.

In order to achieve the federal power grab that this legislation represents, proponents of the bill were forced to essentially claim — despite indisputable evidence to the contrary — that droves of homosexuals and cross-dressers have had to flee like Afghan refugees across state lines to escape “hate crimes” victimization by the “American Taliban” (that would be Christians). Furthermore, that those who would commit those crimes are crossing state lines in hot pursuit.

I know, ridiculous — but read it for yourself, and while you do, remember once again that out of 1.4 million violent crimes in 2005, there were only 177 reported cases of aggrevated assault against homosexuals and ZERO “hate crimes” murders.

Here’s the bill’s language: “The incidence of violence motivated by the actual or perceived… sexual orientation, gender identity, or disability of the victim poses a serious national problem. Such violence substantially affects interstate commerce in many ways, including the following: The movement of members of targeted groups is impeded, and members of such groups are forced to move across State lines to escape the incidence or risk of such violence… Members of targeted groups are prevented from purchasing goods and services, obtaining or sustaining employment, or participating in other commercial activity… Perpetrators cross State lines to commit such violence.” (Emphasis added)

Boloney! Even the thickest of left-wing hacks has to admit that this is an out-and-out lie. The weight of the evidence in no way supports these dishonest, politically-motivated and fatally-exaggerated assertions.

Unequal Protection Under the Law

Although the outlandish claim that “hate crimes” committed against homosexuals and cross-dressers “substantially affects interstate commerce” is laughable, there is an economic element to this bill that’s not so amusing. Namely, that this legislation would require the federal government to invest more money and resources to investigate and prosecute alleged crimes against homosexuals and cross-dressers than it would lesser victims of violent crime.

For instance, under this legislation the victims at Virginia Tech would officially be considered less valuable to society than homosexuals or cross-dressers who are the alleged targets of insults, intimidation, simple assault or other “violent acts.” If the Virginia Tech victims had all been “gay,” we’d have a high-dollar federal “hate crime” on our hands. But they weren’t — so tough luck. … Sorry, no federal “hate crimes” dollars for you Virginia Tech.

This is both unconstitutional and un-American. All violent crimes are “hate crimes.” If Seung-Hui Cho’s horrific actions weren’t an act of “hate,” then what were they? By this bill’s definition, Cho’s actions would have constituted a “hate crime” except that he targeted his victims with the wrong kind of bias. In this case, Cho “perceived” his victims to be “rich kids.” However, under this bill “rich kids” are not a special protected class like homosexuals, so Cho’s crime is second tier and would be considered less egregious. It’s unconscionable that the government would refuse to grant equal government resources, concern and respect to the victims at Virginia Tech and their families as they do the demands of liberal homosexual activists.

Attempts by Republicans to make this legislation more inclusive by adding additional classes of citizens such as children, members of the military, the elderly or the homeless were flatly refused by congressional liberals in committee. That refusal underscores the exclusionary and discriminatory nature of this bill. It unequivocally treats one class of citizens preferentially over others.

But perhaps most frightening is the fact that liberal lawmakers have refused any amendment which would substantively protect religious expression in association with this legislation. Similar laws have been used around the world — and even right here at home — to silence sincere and reasonable opposition to the homosexual lifestyle. That refusal speaks volumes about the true agenda behind this bill, which is to grant official government recognition to both homosexual and cross-dressing behaviors, and to silence any criticism of those behaviors.

So, with their experimental “hate crimes” excursion into the merry world of quasi-Stalinism, liberals in Congress have essentially taken Wite-Out to the 14th, 10th and 1st Amendments. Makes you wonder if there are any constitutional rights they intend to leave in.