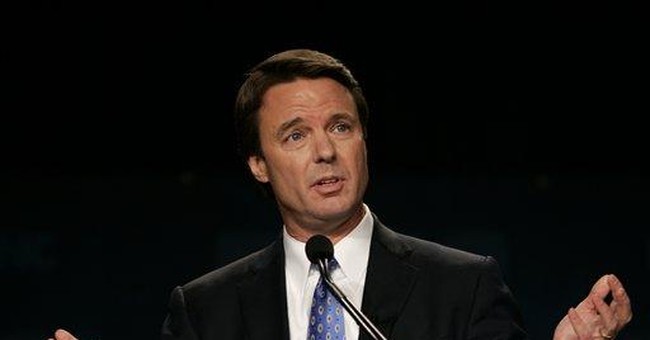 Media outlets have given the story fairly wide coverage. Presidential candidate and former Senator John Edwards (D- North Carolina) recently named two leftist, anti-Christian bloggers to high profile positions with his campaign. In the past, Amanda Marcotte and Melissa McEwan have spewed anti-Christian venom containing language that might even make Howard Stern blush. Despite a chorus of disapproval, Edwards said he’d keep the ladies – if you can call them that – on his campaign payroll. But the two women apparently decided they’d rather devote their full attention to anti-Christian hatemongering, and quickly resigned.

But another story, with perhaps more serious implications, has gone largely unreported by the mainstream media.

Last week, Concerned Women for America (CWA) broke the news about an apparent threat to the life of pro-family advocate Peter LaBarbera made by a commenter on lesbian activist Pam Spaulding’s anti-Christian site Pam’s House Blend.

Spaulding is an information technology manager with Duke University Press, and her employer appears quite proud of its blustering left-wing blogger. Duke Press has even publicly praised and promoted her blog activities, calling them a “mixture of snappy prose, funny postings and serious commentary.”

So, just for fun, let’s see if we can’t yuck it up a bit with Duke University. Let’s take a look at some of Spaulding’s “snappy” and “funny” musings:

On her blog – among other things – Spaulding regularly mocks both Christ and Christians by sarcastically referring to Jesus as “jeebus.” She refers to Christians as both the “Am Taliban” (for American Taliban) and “bible beaters.” She’s doctored photos of the pope, dressing him in drag and women’s makeup, apparently implying that he’s a cross-dressing closet homosexual. Spaulding has likened a well-respected black New Jersey pastor to cult leader and mass murderer Jim Jones, and she has managed to ridicule both Christmas and pro-lifers in one fell swoop with a post titled, “Oh Fetus tree, Oh Fetus tree.”

Side splitting, isn’t it?

And if you think that’s funny, this’ll make you collapse in gales of laughter:

In what was, at the very least, an apparent attempt to intimidate and frighten Americans for Truth president Peter LaBarbera, who is married with children, someone on House Blend published his home address in a January 13, 2007, thread. Shortly thereafter, someone identified as “Barry G. Wick” suggested that “snipers take note” of LaBarbera’s address. Wick also suggested that shooting LaBarbera would amount to an act of self defense and stated that, “[LaBarbera] and others like him ought to know, beyond a shadow of a doubt, what future awaits them from a cadre of selected defenders willing to give up everything in order to protect the lives of gay and lesbian citizens.”

Spaulding and other members of her blog so frequently foment hatred toward Christians that it’s no real surprise that one of her posts culminated in this chilling and ostensibly illegal threat to LaBarbera’s life.

Soon after CWA broke the story, Spaulding issued a public apology to LaBarbera and removed the threatening language from her site. She has purportedly banned Wick from her blog. Spaulding indicated that she was unaware of the post, although the threat had been posted for nearly three weeks. LaBarbera was gracious enough to take her at her word and has accepted her apology.

But Spaulding should apologize further.

She should apologize to the millions of Christians around the world whom she mocks and bashes on a daily basis.

She should apologize to pro-family leaders like LaBarbera, Dr. James Dobson, Beverly LaHaye and others whom she unfairly belittles and needlessly berates.

But she probably won’t.

And since one can reasonably infer that Duke University Press has placed its stamp of approval on Spaulding’s anti-Christian tirades, perhaps it’s appropriate for them to apologize on her behalf – that is, if they don’t actually share her backward beliefs.

But don’t hold your breath.

We’ve all seen how collectively stingy Duke University staff can be with apologies. Remember the ad the lynch mob – er – faculty hastily took out condemning the Duke Lacrosse team members accused of rape? They rendered judgment before the ink was dry on the arrest warrant but arrogantly refused to apologize even after it became abundantly clear that the accused would likely be exonerated.

Still, if Duke’s stubborn liberal pride won’t allow them to apologize for enabling, if not endorsing, Spaulding’s hateful screeds, then at the very least Duke University President Richard H. Brodhead will surely denounce the threat made to LaBarbera’s life on the very blog of which Duke is so proud.

It’s a noxious paradox, really. The left loves to pay lip service to the rhetoric of tolerance and diversity, while their own bigotry is betrayed by hateful and intolerant blather such as that which pollutes the cyber-pages of Pam’s House Blend.

And they’re not saying “sorry” for it.

But someone is apologizing.

Last Wednesday, February 7, South Dakota homosexual activist Barry G. Wick faxed a letter to CWA’s Washington D.C. headquarters admitting that he was the author of the threatening House Blend comments. Wick issued what appeared to be a heartfelt apology to LaBarbera and requested that CWA pass along his sincere regrets to the Christian community. Again, LaBarbera has graciously accepted the apology and says that he has forgiven Wick.

We are all sinners – every one. Christians are commanded to forgive others as we pray the Father will forgive us. However, even in forgiveness actions have consequences. We are a nation of laws, and when those laws are violated, there is a legal process that should and must take place.

Objectively speaking, a threat to the life of another is a very serious offense, even if it’s subjectively made in jest. It must always be treated as a bona fide threat. LaBarbera has shared that when he learned of what appeared to be an imminent threat to his person; he contacted the FBI and other appropriate law enforcement agencies.

Federal law is clear. 18 U.S.C. Sec. 875 (c) states: “Whoever transmits in interstate or foreign commerce any communication containing any threat to kidnap any person or any threat to injure the person of another, shall be fined under this title or imprisoned not more than five years, or both.”

The legal process is in motion, and as with all serious matters of this type, our unique system of justice will determine the outcome.

In the meantime, the very Christians who are the subject of those insidious threats, hateful words, and intolerant acts of omission will – in LaBarbera’s own words – be praying for “Spaulding, Barry Wick, and all those whose embrace of homosexuality has led them to be consumed by hatred toward Christians and others who defend natural sexuality and marriage.”