Are No Lessons Being Learned in Durham? 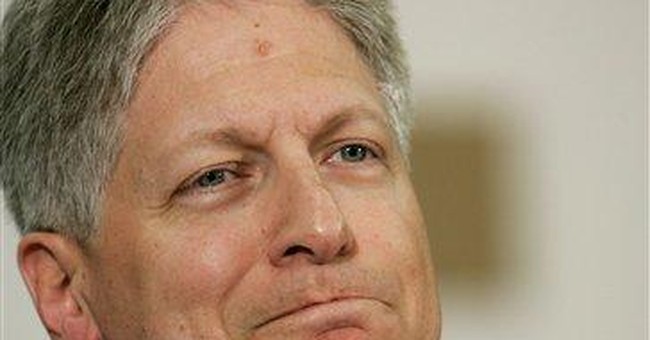 It's official. "Nifong" is now a verb. The journey from mere person to Urban Dictionary verb is always an ignominious one, and Durham D.A. Mike Nifong's lexical fall from grace was shameful indeed.

Nifonged is a verb that describes the railroading or harming of a person with no justifiable cause to do so, except for one's own gain. It can be used as a substitute for "screwed" and many other similar words.

You see, I'm from Durham. I know Duke's magnolia-carpeted campus and gray, gothic towers. I know the sound of the fireworks at a Durham Bulls game floating over the city on a wind thick and sweet with the smell of pipe tobacco. I know where you can get great sushi and great barbecue on the same city block. I know many good things about Durham.

I also know that Durham is full of liberal white people who love to get yelled at by minorities and liberal minorities who are happy to oblige them. It's an activist town that couldn't be happier than when it has something for which to flagellate itself. When you go to a dinner party in Durham, you bring your moral outrage instead of wine.

Even now that Colin Finnerty and Reade Seligmann have been invited back to campus as students in "good standing," and rape charges against the all three players have been dropped, the narrative lives on.

This spring, 88 Duke faculty members published an ad in the Duke campus paper, which made reference to "what happened to this young woman" without qualification, and thanked students and protestors for "not waiting" to make their voices heard. Not waiting, presumably, for something as silly as due process.

This week, one of the 88 wrote a column for the Raleigh News and Observer, in which she referred to the accuser as simply "a single mother who takes off her clothes for hire partly to pay for tuition at a distinguished, historically black college." She charged that the real "social disaster" is that "we do not have national health care or affordable child-care," and "a group of white athletes at a prominent university can get drunk and call out for a stripper the way they would a pizza."

Local columnist Ruth Sheehan wrote in March, before any charges had been filed, "We know you know. Whatever happened in the bathroom at the stripper party gone terribly, terribly bad, you know who was involved. Every one of you does."

In a back-off column published this week, Sheehan wrote, "like others, I was outraged. And I wrote about it. I make no apology for that. It is not my job to wait for cases to be resolved and then walk through the aftermath and shoot the dead."

I'm sure the Duke lacrosse players are comforted by that.

The Durham activists who banged pots and pans and hung wanted posters of the Duke lacrosse team have put up their own "wall of silence," refusing to talk to press as Nifong's case has fallen apart and their sympathetic victim has become a liar.

Mike Nifong himself, who publicly condemned the team in what may amount to an ethics violation, and may have withheld exculpatory evidence, now wants to be part of the "healing process."

And the accuser will likely get tuition money from Jesse Jackson, who promised it to her whether or not her story proved true.

In Durham, it seems, it's possible to learn exactly nothing in 10 months -- that's a trick a lot of people pick up in college towns, but it's not encouraging in this case.

Want to know the real "social disaster" at Duke? It's not that the "larger truths" this non-crime revealed trumped the presumption of innocence. It's not that a bunch of ostensibly intelligent, socially conscious grown-ups let their liberal guilt-fest overtake the facts of a case, convicting 46 innocent young men in the court of public opinion as a ticket to the hippest candlelight vigil of the decade.

It's that, even now, they're not ashamed of it. And, until they are, I'm afraid Durham, Duke, future athletes, future rape victims, the local justice system and race relations are all -- what's the word? -- "Nifonged."