Anonymous at the Midwest Teen Sex Show Threatens to Sue Me 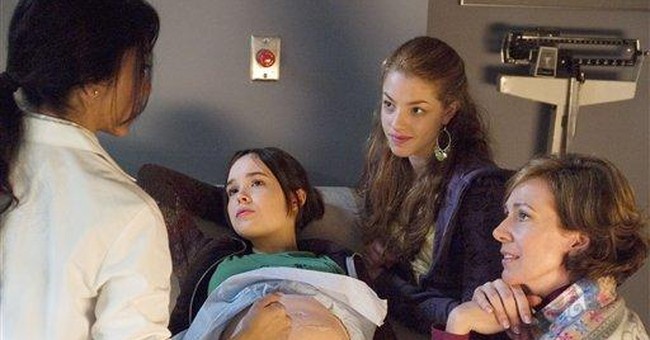 I get some pretty irate emails from anonymous readers, but I have yet to be threatened with a lawsuit from someone who does not identify herself except by the return address: Nikol@MidwestTeenSexShow.com.  This is what she wrote in entirety:

I will sue you for slander if you do not present factual information or remove your post.  I may have seen a few unhappy posts in my day, but none that have screwed and intentionally given misinformation quite like yours.

This person, who rudely does not bother with a salutation or signature, apparently is unhappy with my last column criticizing the promotion of the Midwest Teen Sex Show on the web page of Jane Fonda’s latest charity, G-CAPP (Georgia Campaign for Adolescent Pregnancy Prevention).

Well, to see for yourself if I misrepresented the show, you can’t go to the link to it on G-CAPP’s web page that I provided in my column because it’s been removed.  I doubt that the link would have been pulled had the Midwest Teen Sex Show’s videos featured nothing more salacious than animations of eggs traveling down fallopian tubes.  In fact, President and CEO of G-CAPP just sent me a letter informing me that the “offensive podcasts” have been removed because they were deemed “unsuitable and inappropriate for our work.”  Ms. Ozumba states that the link was “inadvertently added” to the website and assures me that communication policies are being strengthened so that “an egregious oversight such as this will not occur again.”

According to a Wall Street Journal article published on November 8, 2007, the Midwest Teen Sex Show is the venture of Nikol Hasler and Guy Clark, “an aspiring filmmaker,” who wants to use the podcasts to “show off his cinematography skills to would-be employers.”   I suspect money and careers are at stake:  “More than 50,000 people subscribe to the podcast through i Tunes.”  The program is listed under the “Health” category, where it regularly reaches the top 10.

Intimidation is a common tactic of those who sense their power being threatened.  Until now, the producers of the Midwest Teen Sex Show were probably slipping under the radar, getting at teens and preteens without the filter of adults who care about children or who would be embarrassed by association with its content.  Now Nikol@MidwestTeenSexShow.com is fighting mad.  I guess they have one less source of ad revenue for “Abstinence” condoms.

But a perusal among the comments following the video on abstinence shows that several viewers got the same impression I did.  “Jennifer” writes in: “Sounds like you’re really trying to make abstinence uncool.  Like you stated all the really cool kids are doing it and that if I don’t do it I wouldn’t be ‘cool’.  Also you said the best age for having sex is 17.  WHAT??? That sounds like promoting sex to me.”

“Fergie” then chimes in: “I think this show totally promotes sex.  What’s wrong with promoting sex?  I am seventeen and I have sex (protected, with one partner.)  Arrest me!  But there is nothing wrong with it and this show at least acknowledges that some teens are doing it, so they want us to make good choices.”

The exchange is filled with other logical inconsistencies and fallacies.  It’s an online version of the older brother of the friend behind the garage bragging about sexual exploits and handing out information that may be half-correct at best.

These sex “educated” viewers make such comments as “17??? I thought this was a sex positive show, so wtf is with that extremely prudish answer??  Personally I think if you haven’t done it by the time you’re 14, there is something wrong with you.”

It takes someone with extreme fortitude at the tender age of 13 or 14 to withstand all this babble and pressure.

Judging by the quality of the writing in the comments section, these kids would be better served with grammar lessons and a good book.  Uneducated and half-informed, they have been pushed into the pose of adulthood.   I’ve seen too many college freshmen exhibiting airs of sexual sophistication, but unable to read well or present a logical argument.

What these kids need is not this idiotic posturing about sex, but reading, writing, and arithmetic.  To begin with, they should be assigned such anti-censorship greats as John Milton and Richard Weaver, who have advocated exposure and open debate.  If Nikol@MidwestTeenSexShow.com stands by her claim that I misrepresented the show, then she would not be worried because the podcasts would speak for themselves.  The thing that propagandists—especially those who target minors—fear most is exposure.