A Gift for the Grad: Protection from Tenured Radicals 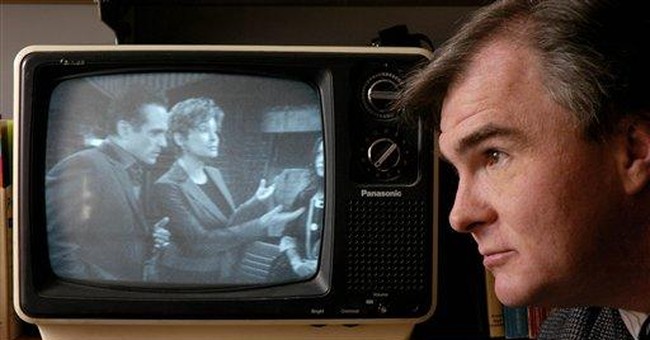 When I entered the master’s program in English at Georgia State University in the early 1990s I had not read Tenured Radicals by Roger Kimball and so was taken aback by the snarling, vituperation, and the seething contempt most professors felt for the authors I eagerly looked forward to studying. Indeed, in a T.S. Eliot seminar, one professor literally foamed at the mouth as he launched into the litany of charges of misogyny, classicism, elitism, and Christianity against poor Tom. This professor saw criminality in writing that is Eurocentric, i.e., linear, logical, and truth-seeking. He, therefore, now specializes in animal communication, a new “cutting edge” field of research for English professors. Indeed, most English professors, like the debating devils in Paradise Lost snap as they attempt to outdo each other in tearing apart the “texts” of the few remaining dead white males and conversely go into apoplectic orgies of praise whenever discussing the self-pitying ramblings of some Chicano, lesbian, or differently-abled author.

But I soon caught on as I listened to the condemnations led by the professor and followed en suite by graduate students caught up with their own sophistication. Already in my thirties, I had an advantage over many of the students: I had a more fully developed b.s. detector.

Professors unwilling to see greatness outside of their own over-inflated egos seek to convert not only graduate students but also undergraduates and condemn them to their little hellish classroom kingdoms, where they rule. Some expose even freshmen to “deconstruction,” a theory which says that the author did not know what he really wanted to say and that the sophisticated reader must read between the lines (like a sadistic Freudian psychotherapist), uncover his neuroses, and tell the world what he really meant. Of course, the Frenchman who thought up this lunacy, Jacques Derrida, did not want us to apply this theory to his writing.

Most parents sending their children off to college, while aware of a leftist bias in the college classroom, are not aware of the extent to which most English professors hate literature or how diligently they work to destroy the written word. The defenders of literature remain an increasingly small minority of professors still allowed to teach and such groups as the American Council of Trustees and Alumni, which keeps tabs. ACTA’s latest report, “The Vanishing Shakespeare,”  catalogues the successes of the enemies of literature. Of the seventy institutions surveyed, over three-quarters today do not require English majors to take a class in Shakespeare. What do the tenured radicals offer in place of the Bard? Well, such things as “Body Studies,” “Children’s Literature,” and classes on Madonna, Baywatch, radical vegetarian manifestos, and rock and roll. If Shakespeare is taught then it is likely that he will be presented in the manner of a class at American University titled “Shakesqueer” which asks “how might Shakespeare anticipate our current sexual regimes? How might he undermine them?”

The freshman arriving on campus may find himself studying rap music, discussing penises, and watching pornographic films, under the direction of a feminist Marxist who believes that limiting the “texts” in an English class to the written word promotes Western thought and who accordingly encourages other kinds of “literacy,” such as “visual literacy.”

The freshman, therefore, should be armed with Elizabeth Kantor’s The Politically Incorrect Guide to English and American Literature.  In this guide, Kantor, who holds a Ph.D. in English, provides a good list of the classic works that the student should read—not vegetarian manifestos. And she also lays bare the vacuity of the theories that have sprouted up as weapons of obfuscation in the assault on letters. So when the graduate teaching assistant invokes the name of Foucault, the student will have Kantor’s exposition of the political agendas of this now discredited pretender-theorist. Here is an example of her straightforward prose: “It’s fatal to any totalitarian project for people to believe that there is an authority that they can appeal to over the heads of the political power. That’s why totalitarian governments cannot tolerate religion. The postmodernist pretense that all authority is just a mask for raw power and that all reasoning is only rationalization is no defense at all against oppression—in fact, it can be a justification for it. Christianity, in contrast, is a guarantor of individual human freedom, not a threat to it.” Dr. Kantor’s book also contains sidebars with such headings as “A Book You’re Not Supposed to Read” (The Allegory of Love by C.S. Lewis) and “What They Don’t Want You to Learn from Jane Austen.” A few weeks ago, I wanted swoop in to an office down the hall from me as I overheard a student conference and the words “Foucault” and “gender” bandied by the up-and-coming twerp of a professor. The student was confused, as she should be when sorting out the words of a madman. Other conversations that wafted over to my own office revealed that ridiculous assignments on race and sexuality had been imposed on students. I was witnessing student abuse and could nothing about it.

Administrators and faculty often see students as consumers and imagine that they also enjoy such trashing of great literature and that they’d rather watch horror movies than read great works that give insight into human nature. But they would be proven wrong if they gave students half a chance to enjoy the best of Western culture.

So play their game. Be subversive. Give the graduating high school senior a copy of Professor Kantor’s book. But cover it with brown paper. The tenured radicals would not want to know that an adult out there is exposing their foolishness.