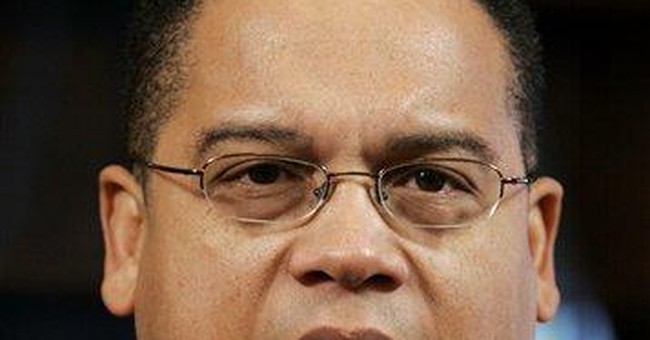 To have a professor get arrested for the crime of jaywalking—especially when the professor has to be subdued and knocked to the ground by back-up police--is about as visually dramatic as it gets at annual conferences like the American Historical Association meeting held earlier this month in Atlanta. This British historian, Dr. Felipi Fernandez-Arnesto, was, in his own words, transported on “a dirty, fetid paddy wagon hand-cuffed to another suspected felon,” and while spending eight hours in jail subjected to humiliating searches, and fed “revolting cellophane-wrapped sandwiches.” This news story was met by the to-be-expected spate of indignant letters to the editor the following day—many charging another abuse of police power. The same day the indignant letters to the editor were published the Atlanta Journal-Constitution published the police officer’s account of the story: the professor did not follow his repeated directions to use a nearby crosswalk to avoid the dangerous stretch of street between the two convention hotels. So goes the historical account—citizens quick to jump on the police before they know the whole story—and the newspaper publishing those letters but not any that followed the policeman’s revelation.

But historians are guilty of more egregious forms of jaywalking—to use the apt metaphor: distorting history, and their roles as scholars. This group of “scholars” did something decidedly unscholarly at the meeting funded by their universities: they voted in a resolution against war, specifically the Iraq war. The panels consisted of the usual panoply of multicultural, anti-West advocacy, as well. And, thus, many of these scholars share much in common with newly elected Muslim Congressman Keith Ellison who has distorted history for his own purposes.

Banking on the public’s ignorance of history and the mainstream media’s complicity, Keith Ellison had Thomas Jefferson’s Koran taken out from the Library of Congress under security, for his swearing-in ceremony. In this p.r. stunt he tried to claim Jefferson’s blessing. The mainstream media presented it as another way to upstage what they see as ignorant rubes who would be upset by a Congressman not using the traditional Bible in the swearing-in ceremony. Pulitzer-Prize winner of fragmented bromides, Leonard Pitts, claimed that Ellison’s use of this “Quran” taught us “a surprising fact: Thomas Jefferson owned a Quran.”

Pitts continued his lecture: “Which probably shouldn’t surprise us at all. Jefferson was renowned for his restless intellect and wide-ranging interests. Still, one hopes the tacit reminder that this Founding Father and author of American values did not fear the Quran will silence those who have condemned that book for his swearing-in. One hopes, but one does not expect.”

Of course. One cannot “expect” of ignorant conservative rubes. For which one has to write in short sentence fragments. Hope only. Someday, maybe—as enlightened as Leonard Pitts. For now, silence them.

But surprisingly this party line liberal gives a nod of approval to a “Founding Father” as “author of American values.”

Whoa! Weren’t Jefferson and all the other Founding Fathers supposed to be imperialistic, slave-holding, hypocritical sexist pigs?

When did Jefferson turn into the archetype of the modern progressive--so open-minded and peace-loving, with a “restless intellect,” that he embraced the “Quran”?

Apparently, now if one owns a copy of that holy book, it means that he approves of it. Well, I’ve owned copies of Mein Kampf.

Does that mean I approve of Hitler’s ideas?

That’s what I had to disabuse a freshman of once as I corrected his paper in which he wrote about the “great man” Adolf Hitler. He apparently was asleep when I told the class that Mein Kampf was an example of propaganda that relied on logical fallacies.

The Washington Post claimed that this “holy book” has “an unassailably all-American provenance” because it was owned by Jefferson. This congratulatory announcement of Ellison’s “savvy bit of political symbolism” was spread through blogs like the Huffington Post and “Wren’s Nest News. Featuring the latest in Witch/Pagan & Mainstream Religious News.”

While the self-proclaimed intellectuals and profanity-spewing bloggers applauded Ellison’s “savviness,” those who know history and have retained the ability to smell a rat—but not crowned by the Left with Ph.D.’s or Pulitzer prizes--started spreading the truth about why Jefferson might need to refer to his Koran: he needed to know the enemy.

He needed to understand Muslim pirate slavers off the Barbary states who were pillaging villages and making slaves of non-Muslims: women as concubines and boys who were castrated. They also enslaved the Christian crews of American ships. While John Adams argued for paying tribute, Jefferson argued for war.

During a 1786 meeting with Sidi Haji Abdul Rahman Adja, the “Dey of Algiers” ambassador to Britain, then American ambassador to France, Jefferson, and American ambassador to Britain, Adams, asked him why Muslims held hostility towards America. They later reported to the Congress that the Dey had answered that Islam “was founded on the Laws of their Prophet, that it was written in their Quran, that all nations who should not have acknowledged their authority were sinners, that it was their right and duty to make war upon them wherever they could be found, and to make slaves of all they could take as Prisoners, and that every Musselman (Muslim) who should be slain in Battle was sure to go to Paradise.”

After 15 years of payment to the Muslims for passage of ships and ransom for slaves, Jefferson, shortly after his inauguration, deployed American Marines to the Muslim Barbary Coast, where they forced the surrender of Tripoli and freed the American slaves.

This information prepared in an article posted on a web site by Ted Sampley Special Forces Vietnam veteran made its rounds by emails and found its way to my inbox. Well, this “self-taught writer” (as he described himself to me in an email) gets an A.

Then Christopher Hitchens presented his own take in Slate a week later.

The following day it was picked up by World Net Daily and Men’s News.

But this subject had been covered in a 2005 National Review article, “America’s Earliest Terrorists,” by Joshua E. London. I wonder if Congressman Ellison would like us to follow Jefferson’s lead now. No, there is nothing to “fear” in reading the Koran, Mr. Pitts. I teach portions of it when I teach World Literature. My students are quite surprised to hear that Allah tells men to beat their wives if they think they might be thinking of disobeying them in the future. What the arrogant Congressman is banking on is the ignorance of the American people—that we will take him at his word that Jefferson’s reading of the Koran proves him a “broad, visionary thinker”—i.e., one who would approve of Ellison’s agenda.

Especially since 9/11, students have been indoctrinated with messages about diversity and the notion that Islam is “a religion of peace”--in contrast to the rapaciousness of the imperialist Judeo-Christian West. These lessons trickle down from conferences like the 2007 American Historical Association meeting. There, the panel on “Twentieth-Century Sexualities: A Roundtable on Transnational Identities” presented such learned papers as “Illicit Export: Male Flight Attendants as Globalizers of a Western Gay Identity” and “Queer Peace and the Middle East.” The “Women and War Protest” panel featured the paper, “Cindy Sheehan and the Politics of Motherhood: Republican Motherhood in the Twentieth and Twenty-First Centuries.”

And a perusal of the jaywalking professor’s own nineteen books reveals a decidedly anti-Western stance. To quote the celebrated professor from the web page on his Dr. S.T. Lee Distinguished Lecture in the Humanities:

“[T]ime is the past: the future is just the past we have not yet experienced. If there is such a thing as future independent of experience, it can exist only in the imagination, and imagination, as soon as we are aware of it, becomes instantly part of the past. Time and history seem made for each other: mutually nourishing. Time is history’s subject-matter and history is the diet of time.”

The privileged professors who live in a Marxist wonderland talk to each other in this way. But these inheritors of privilege are cut off from the demands and dangers of the real world—like economic uncertainty, physical labor, or contact with criminals or enemy combatants. The fact that a clear-eyed decorated Vietnam veteran revealed this historical fact about Jefferson—and not some tweed-suited panelist—is quite telling.

The stereotype of the professor, divorced from reality, but harmless—a sort of Prufrock—seems to dominate the public imagination. But that is not the case.

We now have a Congressman who has rejected his heritage by a conversion to Islam, worked for Louis Farrakhan, was featured speaker at meetings of Islamic organizations with ties to terrorists, defended six imams staging a stunt, has been appointed the House judiciary committee where he proposes to ban racial profiling (in effect granting immunity to non-Caucasians), and with impunity has misrepresented a historical document. A second generation of indoctrinated students can respond only by bleating slogans from the Red Book of Political Correctness.

So, I suggest a citizen’s arrest for all jaywalking historians—those who refuse to remain within the lines of truth—for the crime of attempting to lead into the hands of tyranny.