"Best Practices" - But For Whom? 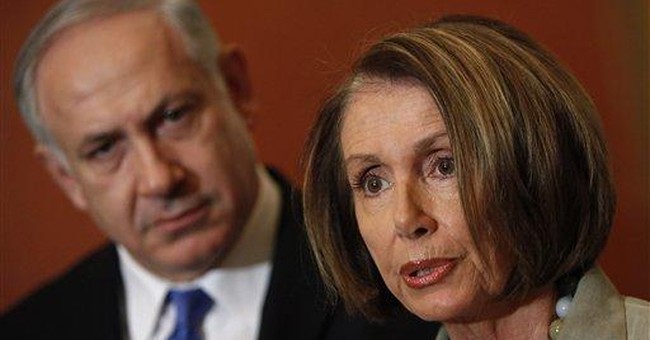 The high-stakes political maneuvering leading up to the passage of Obamacare included a few moments of candor not often exhibited by members of Congress.

For example, Speaker of the House Nancy Pelosi declared on March 10, “We have to pass the bill in order for you to find out what is in it.”

And during a meeting of the House Rules Committee on Saturday, Rep. Alcee Hastings admitted, “When the deal goes down, all this talk about rules… we make them up as we go along.”

With this sort of honesty from representatives in Congress, it’s actually shocking that 64 percent of the voting public strongly disapproves of the job they are doing.

Though the bill has been signed into law, the debate about the merits of the legislation continues.

In particular, proponents on both sides of the abortion issue question the compromise gesture of an executive order to limit federal funding of abortion, the solution that enabled Rep. Bart Stupak and other pro-life Democrats to join their party in passing the bill despite the lack of legislative language limiting federally funded abortion services.

Pro-life advocates note that an executive order is easily reversed and expect President Obama will do so when the furor over health reform subsides. Pro-abortion advocates fear the executive order represents “a significant rollback in reproductive rights,” a concern expressed by Jehmu Greene of the Women’s Media Center, appearing on Fox News.

“Bart Stupak had an agenda,” Ms. Greene said, “to have the government intrude, to come into my home and come into your home and insist on a medical decision that the government wants to see happen. That’s not what this bill does.”

Sorry, Ms. Greene. That’s exactly what this bill does. Unfortunately, her myopic focus on abortion rights has blinded Ms. Greene to the reality that the Patient Protection and Affordable Care Act, written in such legalese and jargon as to be virtually indecipherable to most citizens, nonetheless clearly puts the government in charge of our health decisions in ways we have yet to imagine.

Throughout the behemoth legislation are countless new boards, commissions and oversight bureaus designed to assess quality of care, design “best practices” and force – through incentives and penalties – the implementation of the government’s idea of beneficial health services. Those “best practices” will not necessarily reflect the desires of doctors and patients, but the treatments that pass the government’s cost/benefit analyses.

This is one of the harsh realities of health care reform often cited by experts such as Dr. Ezekiel Emanuel, an advisor to the administration (and brother of Chief of Staff Rahm Emanuel).

Anticipating such interference into their profession, roughly a third of current practicing physicians say they will quit the practice of medicine or retire early in part to avoid the government’s takeover of their decision-making power, this according to a survey released last week in the Journal of the American Medical Association (JAMA).

As for the “right” to abortion coverage, the reason to keep it out of the bill isn’t only to protect a huge segment of our society from paying for what we consider the unjust murder of innocent children. Consider that rights typically come with commensurate responsibilities, and in the world of government “best practices,” abortion could actually be mandated.

It’s not as crazy as it sounds. I was 37 when I delivered my fourth child, old enough to be deemed “high risk” for having a baby with certain birth defects. My doctor suggested amniocentesis to rule out genetic defects. Learning that there was nothing that could be done in utero to address any potential problems my baby might have, I declined the test. I knew my daughter might not be in perfect health, but she would be perfect for us regardless. An abortion was out of the question.

Is that a choice every pregnant woman will be able to make in the future, or will high-risk moms automatically be subject to “best practices” that may include aborting a child who knowingly will be born with serious (read: expensive) medical problems?

The same question goes for cancer treatment and transplant surgery and even hip replacement. The right of a patient to choose his or her treatment will soon be subject to the government’s idea of what is “best.”

Begs, the question, best for whom?