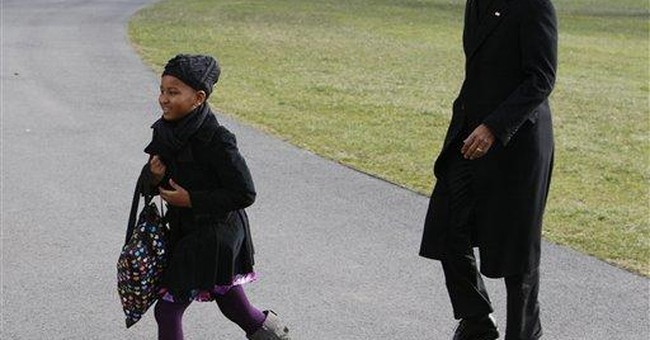 How favorable will press coverage of President Obama be at the end of this year?

Jon Stewart's The Daily Show on Comedy Central is often a leading indicator of sentiment among younger voters. Stewart last month waxed sarcastic regarding not only Democratic spending and deficit-creation, but also about Obama's personal style of implying frankness and then serving up bromides.

Following one set of Obama video clips Stewart cried out, "C'mon—are these the people we've really been waiting for? This sounds like the people we got rid of." That realization that the Obama administration is politics as usual is important, since Obama won because voters thought he represented "change."

Maureen Dowd's New York Times column is often a leading indicator of sentiment among older liberal voters. She wrote recently, "The animating spirit that electrified his political movement has sputtered out. If we could see a Reduced Shakespeare summary of Obama's presidency so far, it would read: Dither, dither, speech. Foreign trip, bow, reassure. Seminar, summit. Shoot a jump shot with the guys, throw out the first pitch in mom jeans. Compromise, concede, close the deal. Dither, dither, water down, news conference."

Dowd may just be getting warmed up. In 2000, when taken to task for slamming Al Gore and thus hurting The Cause, she responded, "I was just teasing him a little bit because he was so earnest and he could be a little righteous and self-important." Hmm . . . does someone currently in the White House fit that description?

Washington's inner rings are starting to worry. One well-networked D.C. journalist, Elizabeth Drew, recently reported in Politico that those who once held "an unromantically high opinion of Obama" and were key to his rise are now concluding that the president isn't "the person of integrity and even classiness they had thought." She wrote that late last year "a critical mass of influential people who once held big hopes for his presidency began to wonder whether they had misjudged the man."

Glenn Reynolds, the internet's Instapundit, recently offered a perceptive summary: "I think Obama's 'charisma' was based on voter narcissism—people excited not just about electing a black president, but about themselves, voting for a black president. Now that's over, and they're stuck just with him, and emptied of their own narcissism there's not much there to fill out the suit."

Psalm 146 offers a warning: "Put not your trust in princes." Hundreds of journalists in 2008 and early in 2009 did just that. Tom Brokaw compared Obama's inauguration to the overthrow of Communism in 1989: "I was in Prague when that happened. . . . The streets were filled with joy." CBS Early Show co-anchor Maggie Rodriguez rhapsodized, "A new day is dawning here in the nation's capital. . . . Does it get any better, or more beautiful, or more spectacular, than this?"

Most major television networks were over-the-top propagandists. ABC's Bill Weir: "Can national pride make a freezing day feel warmer?. . . Never have so many people shivered so long with such joy. From above, even the seagulls must have been awed by the blanket of humanity." CNN's Carol Costello: "It was like you're standing in the middle of these strangers, and all of a sudden you had a million friends around you. That's what it felt like yesterday." Andrea Mitchell on NBC's Nightly News: "The mass flickering of cell phone cameras on the Mall seemed like stars shining back at him."

ABC, CBS, NBC, and CNN are not as important as they used to be, but we also have less margin for error than we used to. A big problem, as Arthur Brooks says—see WORLD's interview, "The next 100 years," Jan. 16, 2009—is that at the end of this year almost half of Americans will pay no federal income tax. Brooks worries that many will say, "'You know what? This is pretty sweet. I kinda like this system because someone else is paying.' That's what one side is counting on actually happening."

Three questions for 2010: Will lots of non-payers refuse to sell their votes? Will lots of evangelicals who supported Obama in 2008, hoping that he would be above politics, see that he needs a Congress that will stand up to his politics? I believe so, but a third question is crucial: Will mainstream press cheerleaders stop dishonoring journalism?