We Can Make Room 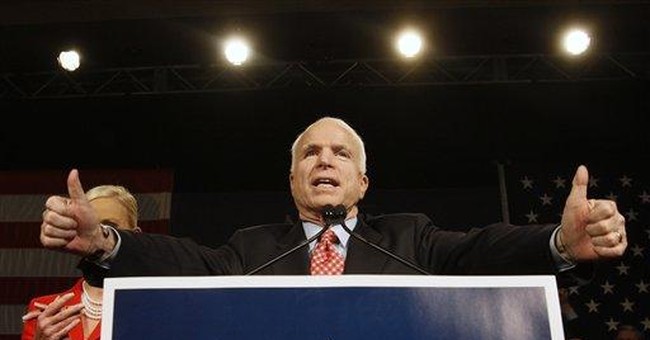 Evangelicals tend to recognize the need for compassion for the poor, to the unborn, to immigrants. Expansive, non-defensive Christianity has been the outstanding vehicle in human history for increasing the liberty of those seen as subhuman until Christians began viewing them as neighbors: the poor, the sick, the sexually exploited; racial, ethnic, and religious minorities; the not-yet-born and the declining but not-yet-dead.

Sure, we should recognize that some claiming the name of Christ have been selfish, but many others have led the way in taking risks and making "We the people" include more and more people viewed not as threats, but as neighbors.

The big U.S. experiment from the 1840s to 1924 was whether the "we" could include millions of Catholic and Jewish immigrants. Some Protestants who thought of America as a Holy Land fought what they saw as pollution by immigrants, but by the end of the century, the consensus was clear: We the neighbors includes Catholics and Jews, and soon came a smattering of Buddhists, Hindus, and Muslims as well.

The big 20th century experiment was whether the "we" could include different racial and ethnic groups. Despite constitutional amendments, the Civil War hadn't settled that, since African-Americans largely remained poor and disenfranchised. In the mid-20th century, though, strong and courageous Christians (once again, sadly, with exceptions) fought for civil rights as many of their predecessors had fought for emancipation.

I hope that during February, Black History Month, American schoolchildren are learning the uniqueness of our history. In India, Hindu priests lead the opposition to equal rights for the generally dark-skinned Dalits ("untouchables"). In the United States, though, ministers like Martin Luther King and others of the Southern Christian Leadership Conference demanded to be treated as neighbors. Many Christians and Jews joined their cause.

George W. Bush's call for "compassionate conservatism" helped win him the White House. John McCain has voted consistently pro-life, so he can attract support from the majority of Americans who now see unborn children as part of the "we," and also from those looking for a way to be compassionate toward the illegal immigrants among us, many who have labored here for years and built families.

Compassion in this case doesn't mean amnesty, and it doesn't mean neglecting border security. It does mean finding a realistic way by which those who are here illegally, with effort on their part, can begin the long process of regularizing their status and achieving citizenship. So as to be fair to those who have been waiting patiently to come to this country legally, a compassionate process may include bringing in more legal immigrants more quickly than we had planned.

The basic question is whether we have room in this country for more children to be born and more immigrants to come in. One woman who had an abortion wrote in 1976, our nation's bicentennial, that "there just wasn't room" in her life for the child growing within her. Later, she realized that she could have made room. She wrote, "I have this ghost now. A very little ghost that only appears when I'm seeing something beautiful, like the full moon on the ocean last weekend. And the baby waves at me. And I wave at the baby."

In this month that brings George Washington's birthday, it's worth remembering a letter he wrote to one synagogue in 1789: "May the children of the stock of Abraham who dwell in this land continue to merit and enjoy the good will of the other inhabitants, while everyone shall sit in safety under his own vine and fig tree and there shall be none to make him afraid."

That should be our continuing goal for this nation. We can make room.

Rather than running from debates about abortion, we should take on those like Princeton Professor Peter Singer who say that unborn children can be killed because they lack higher mental capacities. We need to add a bit of vision to the debate. Why not destroy acorns because they are utterly lacking in material for chairs or houses? Several years ago, when I rose to the utmost level of my coaching abilities by becoming a Pony League assistant coach, I spent time with kids who didn't throw or catch all that well. The Singer doctrine would indicate that I was wasting my time, since they lacked higher baseball capacities. Of course, so did I.