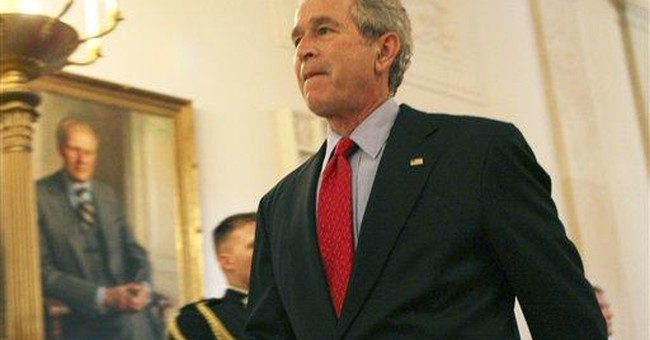 After a rocky year, evangelicals have received three pieces of good news over the past two months.

One came in headlines like this top-of-Page-One surprise in The New York Times: "Scientists bypass need for embryo to get stem cells." The Times, which had previously led the rush to pluck stem cells from tiny, tiny humans, killing them in the process, noted that because of new discoveries, the "debate over whether it is morally acceptable to create and destroy human embryos to obtain stem cells should be moot."

Hurrah! At the beginning of this year, liberal pundits were bashing Christians for supposedly being anti-science and anti-humane, willing to sacrifice potential benefits for big sick people so as to protect microscopic unborn people. Now we have new evidence that those who stand on Scripture aren't so dumb.

A second media message over the past two months is that the U.S. is now winning the war in Iraq, which only a few months ago seemed lost. Whether or not the U.S. was wise to start the war, this news should be eliciting a hurrah from both hawks and doves. Clearly, a precipitous departure like ours from Vietnam would leave millions of humans at the mercy of terrorists. The possibility of peace without dictatorship in Iraq should be welcome to all.

A third surprise of the past two months is the fading of despondency among evangelicals concerning the lack of a major presidential candidate with their values. While putative evangelical leaders fiddled and liberal pundits dusted off the quadrennial predictions of conservative Christian demise, Mike Huckabee picked up support, and eventually some of the leaders started following their followers.

Huckabee needs to make clear his opposition to theocracy and commitment to federalism -- but it's great that when asked questions about abortion or evolution, he doesn't seem to be running through the computer chips in his brain to find a suave but inauthentic answer. Many evangelicals see George W. Bush as a good and faithful man hurt by his frequent inability to articulate why he believes what he believes. Huckabee is a Bush who can talk.

By citing these three welcome developments, I don't want to overlook the bad news. Even in the absence of a Big Terror attack for six years now, we've had other instances of terror -- at Virginia Tech, in a shopping mall, and even on a bus this past spring that was carrying Bluffton University baseball players south from their Ohio campus for a week of games.

As the night driver took a wrong turn and crashed the bus at high speed, according to Sports Illustrated, "moans and screams echoed through the cabin. Twisted bodies were strewn inside and outside the bus." A Bluffton counselor said about teammates who survived the crash, "Those guys saw things no one should ever see."

That has been the case in much of the world -- in Iraq, where suicide bombers leave body parts strewn across highways; in Sudan, where Muslim militias once again march against southern Christians; in every land where horrible diseases make some think that God is not good. Those with open eyes sometimes wish they were closed.

But after Bluffton's tragedy and many others, faith in a God who personally endured suffering made a huge difference. Sports Illustrated reported, "To a man, the players say that the tragedy has solidified, not shaken, their faith. They focus on the lives that were spared. . . . Ask John Betts, a Mennonite, if he's angry about the death of his son, and he laughs. 'Angry? David was a gift from God I had for more than 20 years. How can I be angry about a gift?'"

For some personally, 2007 has been a happy year. For others, it has not been. Illness, divorce, job loss, sub-prime mortgages -- all these and more lap away at the sandcastles we construct. But after God has given us years filled with gifts, how can we be angry?