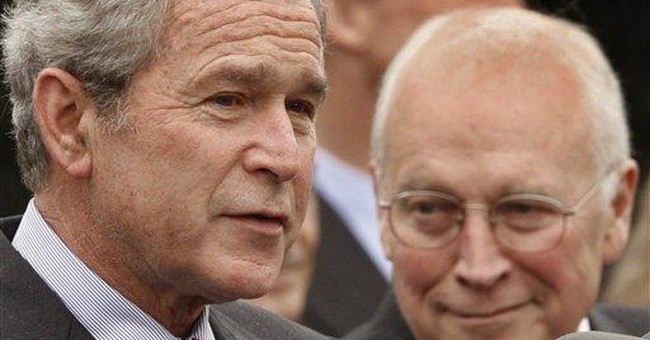 As the dust settles after Election Day, it's fair to say that Republicans deserved the thrashing we received. Unfortunately, some good Republicans (Colorado's Bob Schaffer, to name one) lost undeservedly, and some embarrassments (Alaska Sen. Ted "7 Felonies and a Bridge to Nowhere" Stevens) won undeservedly.

Only time will tell if America will get what it expects from Barack Obama and Democrats in Congress. We know, however, that many are destined for disappointment if only because so many expectations of Obama are irreconcilable with each other.

Polls indicate the public still desires fiscally conservative government and that Republicans were punished for failing to deliver on what should be our bedrock issue. To Republicans who are frustrated that voters would turn to the party of even-bigger government, the message is clear: voters want contrast, not a watered-down version of the Democrats' agenda.

There are two parties: the party of freedom and the party of government. Democrats enthusiastically advocated government solutions to the economy, health care, energy and poverty. Republicans, too often, seemed unconvinced that freedom-based solutions would work and unprepared to explain how.

For Republicans, the good news is that they can now escape the shadow of George W. Bush, Tom Delay, et al, and that the public now knows that Democrats are firmly in charge come what may.

For Democrats, the bad news is that they can no longer blame everything on President Bush (although they and their media allies will no doubt try to make Bush the Hoover to Obama's FDR) and that they will now receive credit or blame for both things they can control and those they cannot.

It's easy to second guess John McCain's campaign, but give credit where it's due: at a time when as many as 91% of voters said the country was on the wrong track and 67% disapproved of President Bush, McCain managed to convince 46% of voters that he was better equipped to be president than the charismatic candidate of "hope" and "change."

Now we enter a new reality. During campaigns, the public compares candidates to each other, but after the election, the new president is judged against perfect 20/20 hindsight. Remember that in 2003, more than 70% of the public, 77% of the Senate, and 68% of Congress backed President Bush's decision to invade Iraq. The public - and many politicians - can turn on a dime when the going gets tough, but the president owns his decisions and their consequences.

No doubt the sycophantic media will try to help Obama to, in the words of Chris Matthews, "make this thing work." (Funny, I don't remember them affording that same support to President Bush.) But sooner or later the public will expect results - falling unemployment, rising stock prices, declining federal deficits and, oh yes, tax cuts for 95% of us.

Had John McCain won, he would have been saddled with a recalcitrant Congress, a media eagerly anticipating his first misstep, and the incessant hatefulness of the far left. Moreover, Republicans would likely be dissatisfied with McCain almost as often as not.

Which brings us to how conservatives and Republicans should treat President-elect Obama.

The hate and scorn heaped on George W. Bush by many who disagree with his politics is disgraceful: a movie fascinates about his assassination, as did Gov. Steve Beshear (D-Ky.); an entire cottage industry likens him to a chimp; and countless conspiracists "knew" that he would declare martial law to pre-empt the election.

By most accounts of those who actually know him, President Bush is a fundamentally decent person who has the courage to stand by his convictions and the humility to recognize that his best often won't be good enough.

I truly hope that in four years, we can say the same about Barack Obama and that he conducts himself with dignity. Conservatives will have ample opportunity to criticize his policies, but perhaps there will be times - e.g., if he makes good on his commitment redouble our efforts in Afghanistan - when we can show respect and support rather than opposition for opposition's sake.

Most importantly, all Americans should resolve to keep our country, our leaders and, especially, the president-elect and his family in our prayers.