Twitter Has Not Changed Us; It Has Revealed Us

Mark Davis
|
Posted: Jul 24, 2018 12:01 AM
Share   Tweet
The opinions expressed by columnists are their own and do not necessarily represent the views of Townhall.com. 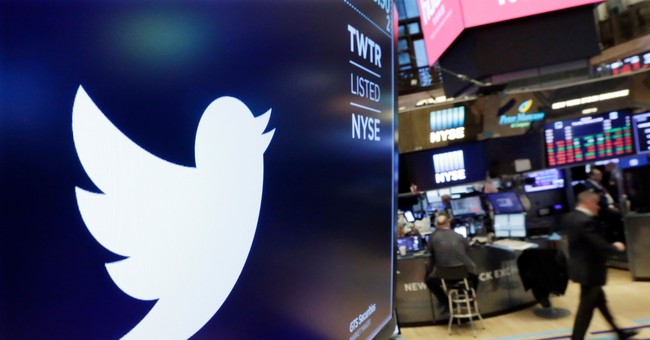 Nearly every day, we see a new story of a reputation damaged, a feud ignited, a livelihood dashed against the rocks, all because of Twitter, or some other social media sandbox where we all gather to trade articles, opinions and occasionally venom.

Any assessment of Twitter’s value (or menace) is seen through the lens of the observer, so here’s my paragraph:

As a radio guy, I share countless opinions at @markdavis on matters large and small.  I thoroughly enjoy the occasional back-and-forth with people who share my views and sometimes more intriguingly, with those who don’t.  On the receiving end, I follow tons of people who are interesting to me, some famous, most not.  My follows are a similar mix of the like-minded, the contrarily-minded, and sometimes, just to know what’s out there, the extremes of politics and pop culture.

On a given day, I run across tweets that inspire me, baffle me, offend me, provoke me, entertain me, or any combination of those.  I rarely block anybody, since I find opposition educational, either to challenge my own views or see how bat-poop crazy some of my opponents will get.  The only followers I cast into the abyss are those who are ugly with no redeeming cleverness.

In other words, the whole shooting match is under my control.  It is a head-scratcher when people announce they are leaving Twitter because they just can’t take the nastiness or the stupidity. Is someone tying them to a chair and forcing them to consume feeds against their will?  I’m no genius, but I’ve developed the skill to rocket through replies, breezing past all but the few that stand out on merit.  If I should stub my online toe against something particularly vile, that is a millisecond I’ll never have back, but that moment is gone and forgotten.  Count me among the fans of the 19thcentury quote from psychologist William James: “The art of being wise is knowing what to overlook.”

The opposite of that is the current sport of hyperattention to things people said years ago, and the weaponizing of old social media posts to torment them.  This has created a current swarm of stories involving some victims who deserve a break, some who do not and others who are a tough borderline call.

Director James Gunn has stepped on a career land mine as cyber-sleuths unearthed a trove of joking tweets from 2008 to 2012.  Humor is a common defense, but there is no defending the depravity of the material he thought was funny six to ten years ago.  Sex with children is subject matter not easily shrugged off.

But here’s the thing: if there is a mitigating factor, it is the intervening years, apparently filled with no further offenses and a chorus of supporters who know him personally and believe him when he says he is mortified by what he posted.  The question still properly hangs:  how does any decent human being ever hit the button to make such filth public?  But the answer is: many do.  Some never stop.  Some do stop, correct their lives, attitudes and social media habits, and thus deserve to be judged by the present rather than the past.

Consider 24-year-old Milwaukee Brewers pitcher Josh Hader, who came off the mound in last week’s All-Star game only to walk into a buzz saw of stupid racist stuff he had tweeted when he was seventeen. Seventeen!  He was not guillotined out of baseball, but the sport made sure he was shoehorned into immediate sensitivity training, whether he needs it or not.  His profound contrition, embraced by his team and fans, are strong indicators that he has wised up since high school.

Who spends their days looking for old garbage to launch at people?  The answer is, countless folks do.  And it should not be a surprise. Social media has become a magnet for every bitter malcontent with a laptop and a grudge. Any websites featuring articles with unsupervised comments sections invite countless trolls suddenly empowered and enabled by the inexplicable obligation to allow every reader equal footing with every writer.  How’s that working out?

It is tempting to conclude that social media has turned us more malicious and bitter.  This is false.  Facebook did not turn your friends into harping critics; Twitter did not turn America into a web of denigration and malevolence.  Those properties were always there.  The internet has simply given everyone a bullhorn.  The resulting cacophony is not social media’s fault.  It is our fault.

We did not used to have multiple avenues to publicly vent every stupid little thing that occurs to us.   Such wide latitude will necessarily shine a light on the positives and negatives of human interaction.

Some people will fully deserve the grief they get from recent or unrepented social media missteps.  But when mobs gather to take people down for sport, closing the door on even the possibility of redemption and forgiveness, we have turned a dark corner.

The Most Important Question About the 2020 Election
Townhall
You hate to see it: @redsteeze gives WaPo Fact Checker and Biden apologist Glenn Kessler all the shovels he needs to dig his own grave
Twitchy
Newly Unemployed Keystone XL Pipeline Worker Drops a Reality Bomb on Both Biden and Buttigieg
Redstate
Insanity Wrap #132: Biden Reportedly 'Furious' with Newsom Over Loosening Lockdown
PJ Media