Mark Baisley
|
Posted: Jul 08, 2012 12:01 AM
Share   Tweet
Trending
Four California Democratic State Senators joined twelve Republican State Senators last Friday in voting against funding for a new high speed train and rail line.  But that only brought the opposition vote to 43% in the lopsided Democratic California Senate.
California continues to set new records in accumulated debt for a single state, now in the hundreds of billions of dollars.  Only the State of New York is able to top California and only in one area; debt per citizen.
CARTOONS | Lisa Benson
View Cartoon
There is one good argument for the California State Senate to have passed the bill approving $4.7 billion in spending.  It obligates the other 49 states to send $3.2 billion of their money in matching federal funds for the project.  The Obama Administration committed that level of funding in 2009 primarily from his economic stimulus project.  This is in addition to the $2.3 billion dollars already paid into the rail project from Obama’s American Recovery and Investment Act. 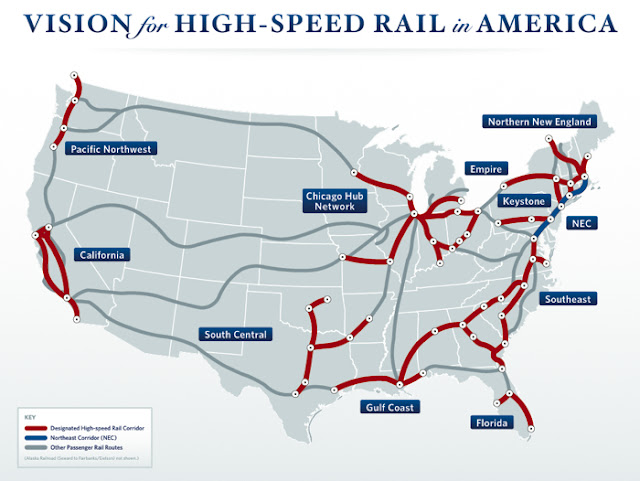 It could seem like a prudent move by the California legislators, wrangling 25% of the $20 billion already committed to the 520 mile speedy choo-choo, except for one detail.  The total estimated cost for the Los Angeles to San Francisco rail ride is expected to exceed $98 billion.
The go-ahead vote is a philosophical win for both Governor Moonbeam and President Obama.  Just three months after taking office, President Obama delivered his Vision for High Speed Rail in America speech and Governor Jerry Brown has been pushing the California rail line primarily as a jobs program.
President Obama saw the nationwide network of 200+ MPH rail lines as his FDR moment.  But as America’s multi-trillion-dollar debt controversy came to a head in 2011, Congress knocked down the President’s vision as irresponsible spending in the midst of an economic crisis.  Commenting on the rejection of funding a national matrix of trains, Representative Bill Shuster, R-Pa., chairman of the House Transportation and Infrastructure Committee's railroad subcommittee spoke in support of shorter high-speed lines for commuting between Boston, New York, Philadelphia and Washington D.C.
High-speed rail may indeed be a positive addition to commuter challenges, addressing traffic gridlock, air pollution and quality of life.  But high-volume traffic infrastructure projects are necessarily pricey retrofits.  They meet a demand for infrastructure that could not have been preplanned when the land was unoccupied and inexpensive.  So the engineering is complex and requires a great deal of expertise and wisdom.  Private enterprise has recently brought us luxury commuter buses and the like.  But of course what we all want is our personal fleet of airborne motorcars.
But I would like to call attention to the comparison between the President’s high speed rail policy and his energy pipeline policy.  Both the California high-speed train proposal and the Keystone XL Pipeline proposals were submitted before Barack Obama took office.  Both projects will create tens of thousands of construction and operations jobs.  Both will have an impact to the environment where they will be placed.
The differences include the fact that the California rail project would be the first 500 miles of the President’s vision of laying over 6,000 miles of track while Keystone will cover less than 1,700 miles in pipeline.  Keystone is a private enterprise project with many companies looking forward to competing in its profitable operations.  The California rail project is a public works operation with a single, government-subsidized operator.
The most glaring difference between these two proposals is that the Obama Administration rushed to approve billions of dollars for funding California high speed rail in its first year while squashing the Keystone project after a four-year environmental impact study.  The Obama Administration will be submitting its second payment of $3.2 billion this month to California for high speed rail while ordering Keystone to begin a new environmental study for the entire path of the pipeline in response to the 88 mile rerouting plan that TransCanada Keystone Pipeline, LP recently submitted to keep distance from the Nebraska Sandhills.
The California rail project was envisioned by government bureaucrats who are unconcerned with sustainability.  Their own State Senate Analysis reveals concerns about “limited information about the overall cost of the project, the cost of tickets, and train travel time versus air travel time.”  The analysis also reports that “the project would result in widespread use of eminent domain in both rural and urban areas and the construction of large infrastructure that would disrupt communities.” 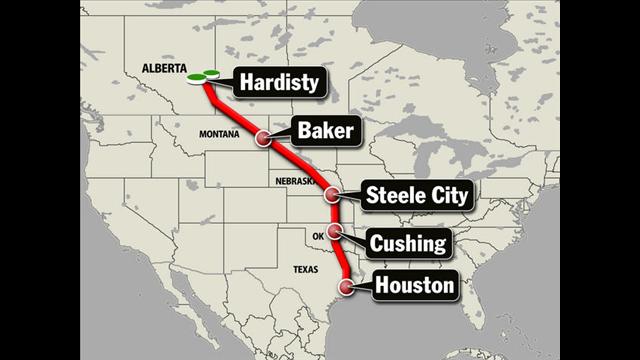 The Keystone XL project was envisioned to transport crude oil from the Western Canadian Sedimentary Basin to delivery points in Oklahoma and Texas.  The proposed $7 billion project would create tens of thousands of American jobs and supplant a significant portion of crazy-country oil supplies with 830,000 barrels per day of friendly, Canadian crude.
In short, the primary motivator for building Keystone is profitable delivery of a local energy resource.  The primary motivator for building the California bullet train is that it would be really cool.
Putin Asks Reporter If US 'Assassinated' Ashli Babbitt
Leah Barkoukis

Did Andrew Cuomo Just Use Real Science To Demolish Their Whole Vaccine Narrative?