All Not Created Equal 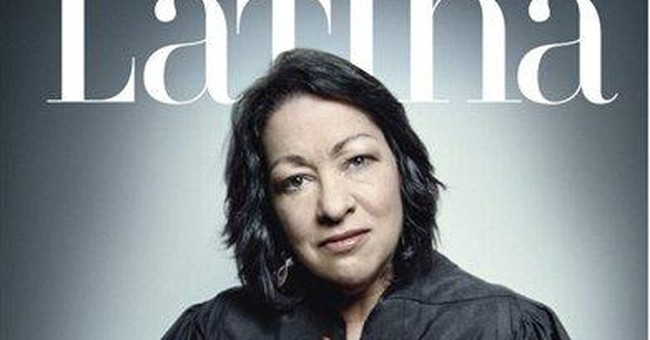 The marketplace of ideas is a very powerful forum. In his book, The Doctor and the Soul, Victor Frankl, a survivor of Auschwitz, illustrated this in the most extreme case:

“The gas chambers of Auschwitz were the ultimate consequence of the theory that man is nothing but the product of heredity and environment. … I am absolutely convinced that the gas chambers of Auschwitz, Treblinka, and Maidanek were ultimately prepared not in some ministry or other in Berlin, but rather at the desks and in lecture halls of nihilistic scientists and philosophers.”

Those who pride themselves in being the most “independent thinkers” out there sometimes are just unaware of how much their environment influences their beliefs. Many are not just ignorant as to the power of words and ideas, but they also fail to notice the danger in those who traffic in the distortion and manipulation of our most basic principles.

Therefore, “don’t try to impose your beliefs on me” has become a most fashionable statement these days. “You believe what you want, and I believe what I want,” they say. “It is not about who’s right or wrong. It is about a difference of opinion.”

That attitude has caused much damage in our society, especially when it comes to the business of governing. Many policymakers hide behind the “don’t judge me” masquerade to avoid the gargantuan task of defending the foolishness they try to pass off as sensible policy. Taking advantage of the political cynicism many Americans have developed, they argue politics instead of policy and get away with almost anything.

Notice I am not talking about the right to believe what you want. A man can still believe today that his race is superior to any other. He could even be sincere about it. But he would be sincerely wrong. That is because truthfulness is the standard, not sincerity, emotion or passion.

We are seeing this false idea of equality being applied these days to the debate over the next Supreme Court justice and the proper role of a judge. There are basically two schools of thought. One side believes that a judge is supposed to be an impartial administrator of the law who follows the Constitution as written. Senate Minority Leader Mitch McConnell (R-Kentucky) and Minority Ranking Member of the Senate Judiciary Committee Senator Jeff Sessions (R-Alabama) said in a joint statement following a meeting with the President to discuss possible nominees that, “Judges must apply the Constitution and laws even-handedly. They should not enter the courtroom with preconceived outcomes in mind or work to arrive at the preferred result of any President or political party.”

The other side believes the Constitution is a living, breathing document that changes with the times and that judges are the ones who get to decide what those changes will be. President Obama has been a most ardent proponent of this philosophy, arguing that the law can only take judges so far, and then the judge must decide those very difficult cases “on the basis of one’s deepest values, one’s core concerns, one’s broader perspectives on how the world works, and the depth and breadth of one’s empathy.” During Chief Justice Roberts’ hearings, then-Senator Obama concluded, “[I]n those difficult cases, the critical ingredient is supplied by what is in the judge’s heart.”

Conservatives believe few things can be as dangerous as a judge who decides cases on the basis of “what is in his heart,” instead of what the law says. That is what conservatives call a judicial activist. No matter where it is coming from. A judge who rules from what is in his heart, instead of the law, and reaches the outcome that we prefer is as much a danger to our liberties and freedoms as a judge who reaches an outcome we despise by the same means.

Most Americans agree with conservatives. Rasmussen polls consistently show that about 63 percent of all voters say justices should base their rulings on what is written in the Constitution.

Realizing this, many liberals try to avoid having to defend the foolish notion that judges can have the power to effectively amend the Constitution unilaterally by saying that judicial activism does not mean anything. They tell the public that conservatives just do not like the President and that is why they cannot trust the arguments being put forth. They say President Obama is doing the same thing that President Bush did.

I asked a friend who made this argument at the time of Justice Sotomayor’s hearings to give me the Justice Roberts equivalent of Sotomayor’s statement that a “wise Latina” would make better decisions than a white man. Not surprisingly, no example came. He had bought into the political lie and had forgotten to look at the facts.

We are not talking about mere preferences here. All judicial philosophies are not created equal. The Constitution is one. It is what unites us all — Republican or Democrat. And we must stick to that standard.

There are very real consequences to the idea that a judge can make decisions based on what is in his heart. That is what this debate is about. The Senate should be up front with the American people and take the time go through the difficult exercise of debating that issue instead of erecting another political smokescreen.

As we engage in the consideration of a new Supreme Court Justice this summer, make sure to ask your Senator to stay away from political rhetoric, and demand that he consider the real issue in looking at the nominee’s record, whomever he or she may be.

And if you catch him trying to discern what is in the candidate’s heart, remind him of Jeremiah 17:9, which says, “The heart is deceitful above all things, and desperately wicked; who can know it?”