Why Do Conservatives Love the Military? 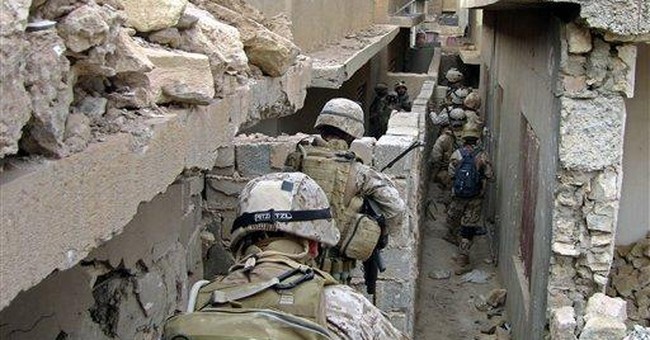 If a soldier, sailor, airman, or Marine in Iraq were to receive an anonymous care package or letter of support, who likely would have been its sender: a liberal or a conservative?

Chances are you said the latter. But why? Why are conservatives and Republicans seemingly more supportive of our troops than liberals?

I’m no political expert. In fact, I don’t even consider myself terribly “political.” But I do have five thoughts on why conservatives seem to lend far stronger and more vocal support to our military than liberals:

1. The military sees a clear line between good and evil.

The minute you start thinking that there’s no such thing as good and evil, right and wrong, it’s virtually impossible to support an organization like the military. The military applies lethal force in the service of what our nation deems “good” and “right.” If you believe that nothing is black and white, and that everything is morally gray, it’s hard to choose sides.

Some liberals sort of remind me of that lyric from that old song that goes: “There ain’t no good guys, there ain’t no bad guys. There’s only you and me and we just disagree.”

Marines don’t “disagree” with the enemy. We shoot to kill.

2. Veterans view themselves as servants, not victims.

I’ll go to my grave feeling nothing but gratitude in my heart for my beloved Corps and the U.S. military. My father earned his citizenship in our great country by serving for over 20 years as an Army Ranger. America has given me and my family more than we ever dreamed of.

I think the overwhelming majority of soldiers, sailors, airmen, and Marines feel the same way: we consider defending our nation to be an honor, not a burden.

Except, of course, for Anthony Swofford, the guy who wrote that lame, whiny book Jarhead that got turned into a lame, whiny movie. Like all Marines, I can’t stand that book. (So much so, in fact, that I wrote my book as a counterbalance for those of us who truly love the Corps.)

Growing up, I was a member of one of the most violent street gangs in America. Back then I thought I knew what it was to “hustle” and to be “tough” and “hard.”

And then my beloved Corps got a hold of me.

I remember my Marine recruiter, Staff Sergeant Marquez, a six-foot-tall, dark-skinned Mexican-American Marine with a barrel chest, thin mustache, and bulging forearms. That guy ate punks like me for breakfast. And it was then, and only then, that I began to understand that all I had done up and to that point was crap and devoid of virtue.

Many liberals believe in hard work, too. But conservatives stress hard work and personal excellence as pathways to virtue (“Be all you can be,” as the Army would say). As any brother- or sister-in-arms will tell you, personal excellence gets stressed from day one of boot camp.

4. Service members understand that freedom is not free.

The Armed Forces do their part to cure us young folks of the historical amnesia that afflicts so many people of my generation (I’m 26). I can’t speak for other branches, but I’m sure they are similar.

As new recruits, we had Marine Corps history drilled into us daily. And so, later when we were out on some grueling field operation, for example, it was much harder to complain knowing the hell that our Marine grandfathers experienced at Tarawa, or the brutal fighting our Vietnam fathers endured.

What we understand is that if American history teaches us anything it is that freedom is a torch passed from one generation to the next.

Someone—the military—has to do the heavy lifting of history.

Okay, so I thought I’d lighten it up a bit. But I’m only half-joking. Conservatives support gun rights and the use of lethal force to protect innocent people. The military does, too. As I say, violence isn’t senseless. Senseless violence is senseless.

Admittedly, I’m not a political scientist at Harvard. I’m a former Marine. But that’s precisely my point: whom we link arms with and support says a lot about how we view America—and what we’re willing to do to protect it.