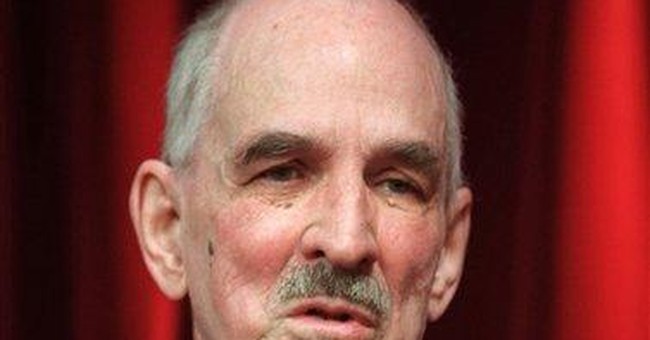 The legendary Swedish filmmaker, who wrestled all of his artistic life with the core realities of sex and death, finally succumbed to the latter on the Isle of Faro at the ripe old age of 89.

Like many great artists, Bergman was an avatar of his age -- the period when the Enlightenment Project penetrated deep into the upper middle class mainstream mind, the heyday of Freud and Marx, when Nietzsche's signature phrase "God is dead" hit the cover of Time magazine. In the movies made by this son of a Lutheran pastor, writes Mervyn Rothstein in The New York Times, "God is either silent or malevolent; men and women are creatures and prisoners of their desires."

In Stephen Holden's appraisal: "Though many of those films are steeped in church imagery, God is usually absent from the sanctuary." The high-art seriousness with which so many undergraduates approached an Ingmar Bergman film, though, appears "increasingly quaint and provincial," Holden writes. "The longstanding belief that humans are born with singular psyches and souls is being superseded by an emerging new idea: the human as technologically perfectible machine."

What happens when God dies? Evidence for just how much humans remain prisoners of our desires was on display at the World Transhumanist Association's annual Transvision conference last week in Chicago. In the place of priest, Capt. Kirk (actor William Shatner) offered motivational uplift, according to Ronald Bailey's account in Reason magazine. Leading scientists joined aging Hollywood actors in the restless search for some way to triumph over death.

Marvin Minsky, an artificial intelligence scientist who heads up MIT's Media Lab, had one answer: Get rid of the body. Once researchers discover how brains work, "we will discover ways to upload our minds into machines," he said.

"If we are the only intelligence in the universe, then we are obligated to ensure that the universe remains meaningful," said Minsky. (Obligation? Why exactly? Would the unintelligent universe care if meaning disappeared?)

Picking up the theme, Sirius satellite radio founder Martine Rothblatt discussed "cybernetic biostasis," the idea that people should create digital "mindfiles" of their thoughts, tastes, beliefs, attitudes and values throughout their lives. Rothblatt acknowledges that this form of personality capture would be incomplete, but she argued it is better to survive as an incomplete virtual being than no being at all. (Her Cyberev.org Web site is intended to enable the creation of mindfiles.) In just 30 years, she predicts, "mindloading" will be a reality. (But why should I care whether a digital avatar of myself survives after I am dead?)

Later, when a speaker for the Alcor Life Extension Foundation asked how many in the audience were clients of the foundation -- which seeks to cryogentically preserve corpses on the off chance someone from the future will want to revive you when and if the technology to do so becomes available -- 30 or so of the 200 folks raised their hands, tinkling their Alcor medic alert bracelets.

The great subject of transhumanism appears to be death, and how to imagine conquering it, in the absence of God. The enemy of the transhuman self becomes the body, which may be why sex figures so little on the agenda. People have made gods of many things, including sex and art, but we appear to be the first generation poised to worship our own software. Humans remain irreducibly religious beings, no matter how hard we try to deny it.

Meanwhile, if God is really dead, so is Ingmar Bergman. Those who loved the man, rather than the mindfile, must hope for better things.