Shut down the Middle Schools 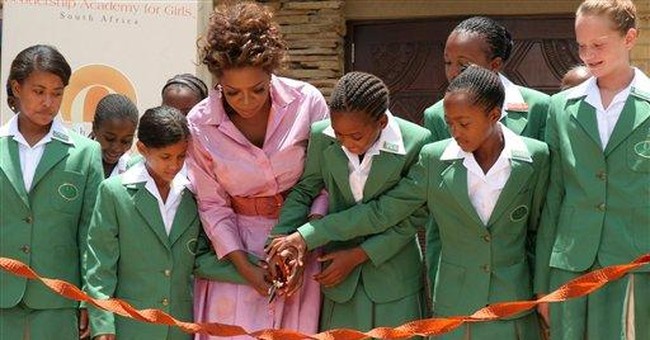 New York City has a great new idea: Shut down the middle schools.

According to the New York Post, almost 50 of the city's 220 middle schools have closed in the last two years, part of a plan to move back toward the old K-8 grammar school model. New York City is joining Baltimore, Cleveland, Cincinnati, Philadelphia and Pittsburgh, among other urban school districts.

Why did this take the "experts" so long? Many parents can tell you: If an otherwise decent school district has a problem school, it's going to be the junior high. And even high-functioning middle schools can be a problem for the students in them.

After a miserable two years in junior high school, for example, my niece entered high school in Oregon this fall. We all breathed a sigh of relief. A straight-A student, she was never in any academic trouble, but the social horrors of junior high school for this graceful, outgoing teen left us all stressed on her behalf. The level of peer-generated torture suddenly dropped considerably.

Apparently we are not the only ones. The most striking research result of our middle-school mania is that American early adolescents are unusually miserable, according to international survey data.

"Folks have been aware, in achievement terms, that what happens in the middle grades is disappointing," Douglas J. MacIver, a principal research scientist at Johns Hopkins University's Center for the Social Organization of Schools, told Education Week. "But I don't think they realized how stressed middle-school students are."

An influential 2004 Rand Corp. study looked at international data comparing American students to their peers in 11 other developed nations. American students rank near the bottom on measures of emotional health, including whether students feel their school is a pleasant place, and whether they find classmates to be kind and helpful. On that last question, only Czech students reported less kindliness from their peers. Only students in Latvia, Israel and Lithuania reported feeling left out, lonely, helpless or bullied more often than American students did.

This June, Pittsburgh closed seven middle schools and doubled the number of K-8 elementary schools. One advantage of the K-8 model is that it tends to spread the potentially problematic middle-graders around. "It's like 'Invasion of the Body Snatchers' when they hit sixth grade," Assistant Principal Gina Robinson told the Pittsburgh Post-Gazette.

Brent Johnson, a former principal in Pittsburgh, credits his school's performance (one of those rated highly in the Rand Corp. study) to the fact that he has between 100 and 500 fewer middle-graders to deal with than the average middle school. About half his sixth-, seventh- and eighth-graders have been in the school since kindergarten, making relationships with teachers, administrators, and their "buy-in" to the school culture more likely. The K-8 model tends to keep parents more attached and involved, too, another plus for the model, according to the Rand Corp. study.

Plus, when kids stay in grade school, they tend to stay "younger, longer," reports a Long Beach, Calif., principal, and that's been my experience, too. I didn't pick a Catholic grade school for my younger son because of the K-8 structure that most Catholic schools retain, but I immediately noticed the benefits. Same kids, same principal, same parents for eight years -- it does build community. And maybe it's a "kibbutz effect," but kids who have been in class together since kindergarten seem less eager to launch into the distracting peer torture of premature dating games.

"It turns out the onset of puberty is really a bad reason to try to move kids to another structure and to another school altogether," the Rand report's primary author, Jaana Juvonen, told Education Week.

Another bad idea from ed school hits the dust.

Barack Obama Tweeted 'One of The Worst Tweets in History' Over Uvalde School Shooting
Rebecca Downs
Does Joe Biden's Gun Control Push Have a Chance? With These Republicans...Maybe.
Matt Vespa