Time in the Kitchen Can Cook Up Some Savings 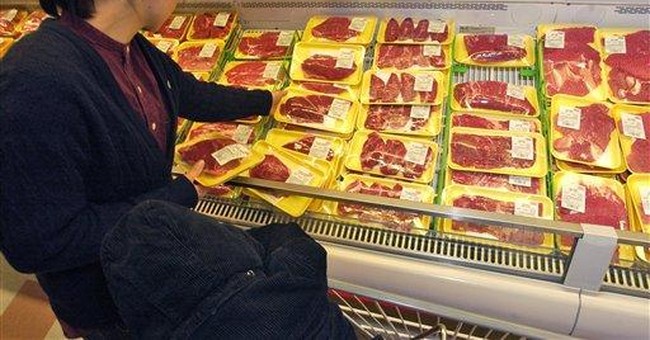 Growing up in a family of seven posed all sorts of culinary challenges. It was impossible, for instance, to divide a 12-pack of Popsicles evenly, or a cherry pie, without angering somebody. Bruised feelings were also inevitable whenever my mom pulled out the cookie sheets or a Duncan Hines cake mix. After she finished making the batter, the kids fought for the beater, spatula and bowl.

To end these kitchen free-for-alls, I decided to become the cook so I could claim ownership over any leftover cookie dough or icing. I started cooking in grade school and never stopped. In journalism school, my goal was to one day replace Craig Claiborne, the longtime food critic of The New York Times. I abandoned that idea after concluding that if I wrote about cooking for a living, I'd probably stop enjoying it.

What does this have to do with personal finance? Well it's a stretch, but since this is the third anniversary of my column, I thought I'd mix my love of cooking with my love of saving money. With gasoline prices rising, budgets are even tighter, but I see little evidence of people saving money by cooking. Look at any grocery store today and you'll find the expanded freezer sections stuffed with foods like pot roast, french toast, fried chicken and vegetable soup that people used to prepare themselves.

This willingness to spend more and get less is just as evident in the produce section where you can buy fruits and vegetables already sliced. When I was at the grocery store last week, I was amazed to find red potatoes that were already chopped. Who knew people couldn't cut up potatoes themselves?

The potatoes were near other unnecessary items like diced bell peppers and snack-sized packages of celery for lunches. The little package of celery costs $2.29, or about 33 cents an ounce. That might not sound so horrible unless you realize that buying a stalk of celery at that price would cost you more than $5 a pound.

While I was at the store, I paid $1 for a cantaloupe that weighed two pounds, but steps away from the pile of fat cantaloupes, I found precut cantaloupe that would have cost me $6.99 for 20 ounces. I can't help but wonder who buys precut fruit at these prices.

All this convenience comes with a higher price tag - and in the case of frozen entrees - less taste. I found lots of expensive food in the freezer case too, including a two-pound package of frozen pork ribs for $13.59. A few aisles away, the store was having a great sale on fresh pork ribs for just $1 a pound.

Some people assume that clipping coupons is all you need to do to save money at the grocery store, but that's not true. It's often the processed foods that offer coupons, which is why I rarely find any worth clipping. Instead, you can save money by buying healthful foods and cooking them yourself. If people tried cooking good wholesome meals from scratch, even just once or twice a week, they could probably shrink their grocery bill.

To get you started, I'm sharing my recipe for roasted chicken and mashed potatoes, which I've been making for my family for many years. It not only tastes good, but it's pretty easy to make and it costs much less than a frozen chicken dinner.

Most people dry chickens out by roasting them on low heat. Unless you enjoy chicken shoe leather, broil the chicken first to trap the juices.1 chicken (I buy mine at whatever grocery store is selling them for 99 cents a pound or less.)

Set oven for broil. Sprinkle chicken with salt and broil in roasting pan for 10 or 15 minutes. Reduce temperature to 425 degrees. Bake until the chicken's drumstick is easily pulled out. For a 4.5-pound chicken, the bird should be done within 90 minutes.

Peel potatoes, cut in large chunks and simmer in pot of water until barely soft. Drain thoroughly. Beat potatoes and butter together with a mixer or use a potato masher. Add liquid and combine. Salt and pepper to taste.

Most people would require hypnosis before they'd believe they can make gravy, but it's not hard. And making your own is far better than the jarred gravy glop that stores sell.1 cup drippings from roasted chicken1/3 cup flour1 can chicken broth

If you don't have a cup of drippings, I generally use a ratio of three parts drippings to one part flour. If the gravy seems too thick, add a little water.