Getting past prestige names when searching for a college 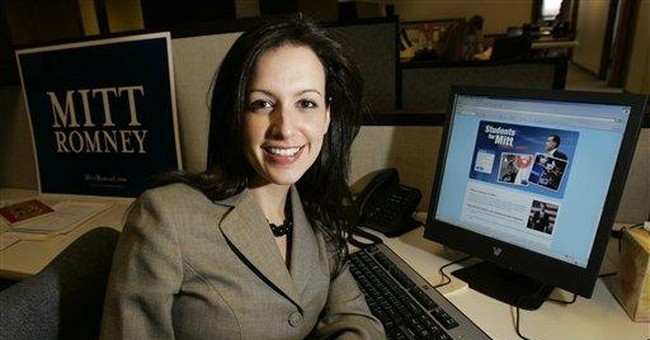 When my daughter was preparing to retake the SAT last fall, she asked me to help her with some sample questions that she'd missed. She was supposed to pick out the mistakes in various sentences. They could have been missing a semicolon or the tenses didn't match or there was some other crime against English grammar rules.

When I looked at the circled test questions, I was as mystified as Caitlin. The sentences were clearly awkward, but the choices, as far as I was concerned, were all dreadful. The inanity of the SAT was one of the more frustrating moments that I experienced as I helped my daughter on her journey to find a great college or university at an affordable price. Now that Caitlin is a survivor of the college admissions race, I thought this would be a good time to share some of what I've learned.

Years before the search began, Caitlin had naively assumed that she'd attend the University of California Berkeley. She is not much different from millions of other kids growing up in this state. She knew little about the school except that her dad graduated from there. Of course, the obvious drawback to choosing this college path is that for most students it has become an impassable one. The academic requirements have grown so high that admission officers can even spurn valedictorians.

Crossing Berkeley off Caitlin's list, however, proved to be a blessing because it prompted her to look beyond the familiar to explore higher education gems that we never knew existed. A turning point came when someone recommended a book, "Colleges that Change Lives, 40 Schools that Will Change the Way You Think About Colleges," by Loren Pope (www.ctcl.com).

When I read the slim book, I remember feeling practically giddy as I learned that bigger isn't better and prestige is overrated. Pope, who was an admissions counselor and the former education editor at The New York Times, is an unabashed booster of small liberal arts colleges, where he insists that students can receive a superior education to the hallowed Ivies.

Over the course of two summers, we visited 18 small liberal arts colleges in the Pacific Northwest and the East Coast. (Go ahead and call it what it probably is - overkill.) Some schools were in Pope's book, but many were not. Caitlin applied to eight schools and had no trouble getting accepted. While high school guidance counselors recommend applying to some "reach schools," these schools were missing from Caitlin's list. And here's why: A college where Caitlin might barely squeak in was definitely not going to reward her with a merit scholarship.

We told her that if she decided against attending a state school in California with its cheaper cost, she was going to have to find a school that would slash its sticker price. And luckily, there are many schools that routinely do that. According to the College Board, private schools provide an average tuition discount of 33.5 percent. And in some states, such as Virginia and Ohio, the discount is hovering around 48 percent.

Strategically, students have a better chance at capturing merit money if they look for schools where they will be among the top 25 percent of incoming students in grades and SAT scores. You can find out how your child stacks up by looking at the CollegeBoard.com and examining the range of SAT scores.

Being in the top tier of kids, however, won't get you any money if the school doesn't award any. So it's important to know which schools do. This will be especially important if you do not expect to receive any need-based financial aid. Some Ivy League schools and other prominent East Coast schools don't award merit money.

One way to resolve the merit aid question is to visit a school's Web site. Institutions will often post the requirements for scholarships. You can also call any school's financial aid office.

Among the schools that offered Caitlin merit awards, she boiled down her choices to two wonderful liberal arts gems in Pennsylvania - Juniata College and Dickinson College, which is nationally known for its emphasis on a global education.

My daughter, who expects to major in business and Spanish, ultimately picked Juniata, which boasts that all its graduates who apply to medical school or law school get in and almost all are admitted to their first choice.

What I also learned is that you don't have to ace your SAT or maintain a 4.0 to find generous schools. Good kids who have GPAs just over 3.0 with SAT scores that are only slightly above average can walk away with merit money. But the higher the scores and grades, the more opportunities you will encounter. We can rail against the standardized college admission tests and the focus on grade-point averages, but they matter because schools are obsessed with moving up in the rankings of U.S. News & World Report's annual college guide. And this destructive publication gives the most points to schools that require the highest grades and SAT scores.

Until schools come to their senses, parents and their kids will have to play the game, which means you will have more opportunity for merit money and financial aid - which I will talk about next week - if your kid does better on the standardized tests.

Consequently, you should urge your child to study for these darn tests. You can buy test books from Princeton Review, Kaplan, the College Board and others and some high schools may offer their students free SAT classes. An expensive option is paying $900 or $1,000 for a test prep class. Squeezing just a few more points out of your SAT, however, can free up thousands or even tens of thousands of dollars.

When I couldn't help Caitlin with her arcane SAT grammar questions, she turned to one of her best friends, who had received a perfect score of 800 on the SAT's verbal section. Thanks to Shannon's help, Caitlin squeezed an extra 20 points on her verbal SAT and ended up with an excellent score.

Frankly, the preparation for college should start long before a child's junior year. In writing about college strategies for many publications, I've had a chance to talk to some of the nation's college experts. And they are united in sharing what they believe is most critical for your child doing well on the SAT and getting into their dream schools: Get your kids to read and read and read some more.