Scott E. Rutter is a Philadelphia native and is a 1983 Distinguished Military Graduate of Campbell University in Buies Creek, North Carolina. Commissioned in the Infantry, Scott served honorably for twenty years beginning as a Rifle Platoon Leader with the 101st Airborne Division and culminating as the Battalion Commander of 2nd Battalion, 7th Infantry, 3rd Infantry Division during combat of Operation Iraqi Freedom.

Scott earlier served in combat as a Rifle Company Commander in the 1st Infantry Division in Operation Desert Shield/Desert Storm. Scott also served as a Senior Intelligence Officer with the Defense Intelligence Agency.

While in command in Operation Iraqi Freedom key battles and missions for his battalion task force included the initial contact at Al Kindr, the loss of four soldiers in the cowardice act of terrorism at Al Najef, the Battle for the Karbala Gap, the capture and securing of Baghdad International Airport, the attack from South Baghdad, and security operations in the central Baghdad business and financial district. The 2nd Battalion 7th Infantry Regiment was one of the most highly decorated combat unit in the initial operations. Scott was awarded the Silver Star Medal for his actions against the enemy.

Scott is currently a senior management position with BAE Systems in Greenlawn, New York where he is a member of a Combat Identification Team. In addition to his full time position, he serves as the National Spokesman for the Tragedy Assistance Program for Survivors (TAPS) and as a professional speaker for the Young America’s Foundation.

Scott is a regular contributor for the FOX News Channel. He has recently returned from an embedded reporter mission as a Fox News Military Analyst covering many areas in Iraq most notably the Battle for Fallujah. He has been a recent guest lecturer at many institutions including the University of Pennsylvania, the Middle East Forum, University of California at Berkley, Purdue University, Tulane University, Ohio University and Gonzaga University.

He regularly volunteers his services to local nonprofit and charitable organizations and has been recognized for his volunteer service by resolutions from the City of Philadelphia and the United States Commonwealth of the Northern Mariana Islands. 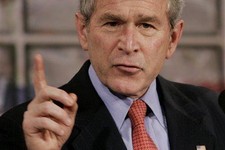