The Good, the Bad, and the Huckabee 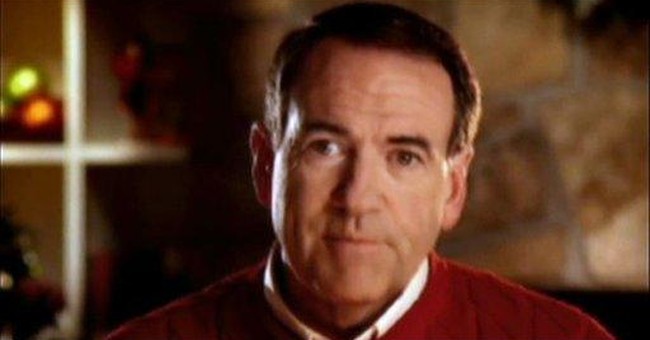 The strangest thing happened on the way to the Presidential primaries.  I changed my mind about almost every candidate – and in some cases even changed it back again.  I never had completely made my mind up about who I thought the best GOP nominee would be, but I had some strong opinions.  Many of those have changed after watching the candidates perform for the past year.

I have been a fan of Rudy Giuliani for many years and even wrote about the strengths he would bring to the Presidency on two separate occasions over the past two years.  Those strengths are still there, but as I wrote over a year ago, he also brings some negatives.  Rudy’s  strengths are being able to lead in a time of crisis, being tough on law and order, having a track record of doing what most said couldn’t be done in New York City, fiscal conservatism and being able to communicate effectively.  The “communication thing” is incredibly important to me because if George Bush had better communicated the situation in Iraq, public opinion of the war would never have reached the lows it did.  If Bush’s approval numbers had been higher he would have been able to accomplish much more on a variety of issues.  If anything, the presidency of George Bush taught us that a President in this age of media must possess strong communication skills to be effective.  Rudy was not only a good communicator during 9/11, but he has consistently spoken forcefully on the issue of terrorism and the war since then.

On the downside, I pointed out that many Republicans would not vote for Rudy due to his position on abortion and gay rights, and that his marital problems were a negative that would give Democrats ammunition.  His strengths have remained constant, but the negatives seem to have multiplied.  One of the worst blows came in November with the indictment of Bernard Kerik, who was not only the Police Commissioner of New York under Giuliani, but was recommended by him for the position of Secretary of Homeland Security.  I am still a fan, but a bit less enthusiastic one than earlier.

As I lost a bit of my enthusiasm for one candidate, another has grown in my eyes over the past year.  Almost two years ago, in a blog post titled  “Stop the McCainity” I listed the main reasons I did not support John McCain to be the GOP nominee.  Most of those reasons remain unchanged, but my opinion of McCain has shifted over the past year like I never would have believed possible.  One reason for the turnaround is almost certainly due to participation in some of the phone conferences that McCain frequently holds for bloggers.  Not only does he make more time for center-right political bloggers and grant us more access than any other candidate, but during those calls he does something many politicians won’t and that is give a candid response.  Other reasons are his strong support for the troop surge in Iraq over the past year and his strong performance in polls against Democratic candidates, but the main thing has to be his tenacity.  The man has been declared dead more than once over the past year, but he has forged on and continued to fight.  Polls are now showing he may be poised to reap the benefits of that persistence.  If he does it will have been well earned.

The candidate causing the most dramatic shift in my thinking is Mike Huckabee.  I always thought of him as a strong conservative and a nice guy, but that he didn’t have any chance of winning the nomination and that he was running for Vice President more than anything.  After learning more about him I still think he is a nice guy, and I have been extremely impressed by his communication skills, but that “strong conservative” thing I believed was not so accurate. Huckabee is a preacher and he is strongly pro-life.  He has shown through his performance in the debates that he has charisma and charm.  He has also showed that he is serious about running for President, not the second spot.  Those are definitely his strong points.  Lately though, it seems his negatives have been coming to the forefront.   Whether it be his stand on personal freedoms (“nanny state” issues) or immigration, or his statements and actions as governor on taxes and commutations, there are quite a few arguments that could be made that he is not a true conservative.   The assertion in his recent essay that “American foreign policy needs to change its tone and attitude, open up, and reach out” and that “the Bush administration's arrogant bunker mentality has been counterproductive at home and abroad” gave me one more reason to believe he should not be the nominee.

Fred Thompson is a candidate I was really excited about in the beginning.   Concerned as I am that the nominee be someone with strong communication skills, Thompson seemed a great fit with his television and film background and he is as conservative as most of the other candidates, if not more so.  The longer he teased us though, the more I began to question his seriousness and political judgment.  Once he did officially jump into the race his campaign hit a few bumps and I wondered whether he would be able to get it together in time to be a strong contender.  About the time I started to write him off, he hit his stride.  A recent example of this was his “hand games” comment in response to a debate question about global warming.  That old excitement for his candidacy is back and building.

My opinions of the remaining candidates has not changed much. Mitt Romney is an attractive and able candidate and (in spite of the flip-flopper tag many have given him) he has remained consistently so throughout the past year.   I have always liked Duncan Hunter and agree with him on most of the issues, but he has never broken through to that top tier.  Ron Paul was a non-starter with me due to his stand on the war and foreign policy alone.   I never would have dreamed that after what feels like the longest campaign in history I would be undecided about who the best GOP nominee would be, but that is where I am – still weighing the good and the bad each candidate brings to the table.  I guess it’s a good thing I vote in North Carolina and have plenty of time left to decide.