Finding the Good News from Iraq 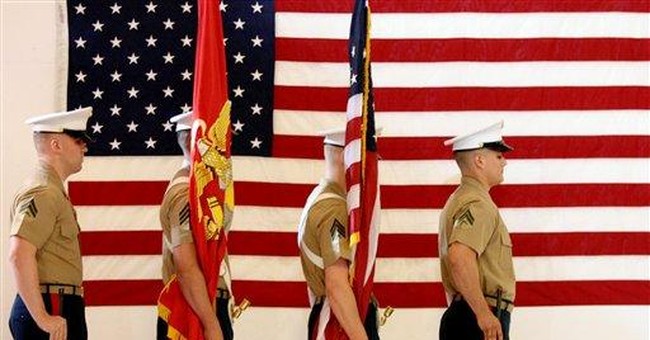 I would love to see more “Arthur Chrenkoff” in my news today. An Australian blogger who wrote a series of blog posts (also carried by the Wall Street Journal) called “Good News from Iraq,” Chrenkoff filled a niche those in the media too often left unaddressed by giving readers information about news from the region that did not consist merely of casualty figures. Chrenkoff scoured media reports and military sources and compiled the “good news” that was often being buried.

The first installment of the “good news” series appeared on May 19, 2004 and ran three pages long. Jeff Jacoby described the “good news” series in a 2005 piece in the Boston Globe: “Chrenkoff’s summaries became must reading for anyone wanting to keep up with more than just the violence and debacles in Iraq… it offered a respite from the grim litany of insurgent violence, Abu Ghraib prisoner abuse, and coalition casualties that the mainstream media’s coverage of the war tends to dwell on.”

He went on to describe a few examples of the kind of news in Chrenkoff’s series that was difficult to find in big media reports. “In Iraq… there was news to cheer: the democratic election of town councils in Dhi Qar province. The publication of 51 million new Ba’ath-free textbooks for Iraqi schoolchildren. The ‘‘brain drain in reverse’’ that was bringing thousands of educated Iraqi expatriates back to their homeland to teach. The revival of Kurdish music, long suppressed under Saddam. The reflooding of the ruined southern marshes. The 3-1 upset soccer victory over Saudi Arabia that meant Iraq was going to the Olympics. And more.”

The “good news” series ran until September 2005 when Chrenkoff began working for an employer whose policy did not allow him to blog. The final installment was 44 pages long. Almost two years later there is still no big media equivalent of the Chrenkoff reports. There is still good news from Iraq to be found though, especially in the new media.

Those telling much of the good news from Iraq today are the milbloggers. Current and former members of the U.S. military, as well as their spouses and parents, are telling their personal stories and those of their friends and loved ones serving in Iraq on blogs. Independent journalists like Michael Yon and Bill Roggio, are doing some incredible reporting from Iraq. Their reports, which include the good, the bad and the ugly from the region, are very popular with those getting their news from the internet.

Those in the “big media” do report some of the progress being made in Iraq -- most recently reporting results of the ongoing troop “surge.” Still too frequently, though, good news from the region is ignored. There is no shortage of casualty “milestones” being reported in the mainstream media, but the amazing feats of the men and women of the U.S. military receive far too little attention.

Earlier this week, Tony Snow held a press conference which he began by describing some developments in Iraq. As John Hinderaker at Powerline blog noted, Snow reported that the President had phone calls with Prime Minister Nouri al-Maliki and the three other members of the presidency council about ongoing political progress and developments in Iraq. Snow said that the members of the presidency council in Iraq reported that “they have now transmitted to the council of representatives, their legislature, the oil law, and are hoping quite soon to have a related piece of legislation, one that has to deal with the distribution of oil and hydrocarbon revenues, before the legislature quite soon.”

Snow went on to talk about high re-enlistment rates, highlighting a ceremony on July 4th at Camp Victory in Baghdad in which more than 500 troops serving in Iraq, including many on their second or third tours of duty there, re-enlisted. Snow cited numbers indicating that troops who have served in Iraq continue to re-enlist in higher numbers than those throughout the military generally.

Hinderaker wrote that Snow then opened the floor to questions, but that the White House press corps had not a single question on the reports from Iraq. Instead what followed were 92 questions about Scooter Libby. Those were not the only questions though. There were some about other topics – a total of three non-Libby questions.

Jeff Jacoby quoted the following from Chrenkoff’s farewell post: ‘‘I don’t know what Iraq and Afghanistan will look like in five or 10 years’ time, but I hope for the best. If, despite all the horrendous problems and challenges, both countries manage to make it through and join the international family of normal, decent, and peaceful nations,’’ many people will wonder how they managed to get there. ‘‘But you, who have read these round-ups for the past year and a half, will not be surprised.’’

Unfortunately there are far too many relying only on the mainstream media for news from Iraq who would be incredibly surprised to learn there is any news from there other than complete disaster and despair. Bad news captures most of the headlines. The public deserves the whole story from Iraq – including the good news.