A New Year and a Fresh Start 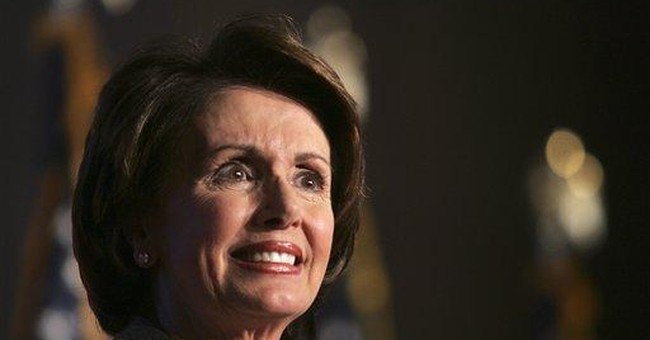 With a New Year comes the promise of a fresh start. With every new Congress comes new opportunity. Even when that Congress is controlled by liberal Democrats who are determined to thwart a lame duck Republican President every chance they get, there is at least the outside chance that some good can be accomplished.

Earlier this week in the Wall Street Journal the President had a message for the incoming Congress.

“To the new members of the 110th Congress, I offer my welcome--and my congratulations. The American people have entrusted us with public office at a momentous time for our nation. Let them say of these next two years: We used our time well. “

President Bush has extended the hand of bipartisanship to Democrats in the past, particularly when he first took office. The result of that outreach can be seen in the No Child Left Behind legislation, which was allowed to be influenced heavily by Senator Ted Kennedy, and in the funding for the Department of Education, which was greatly increased. In return for that outreach and compromise did President Bush receive rave reviews from Democrats? Hardly.

In fact, some of those President Bush will be working with in the new Congress have gone far beyond criticism of his policies. Some of those members the President so graciously welcomes this week have in the past bitten his extended hand.

Incoming Senate Majority Leader Harry Reid said of Bush: "The man's father is a wonderful human being. I think this guy is a loser."

Nancy Pelosi, the incoming Speaker of the House, once said of Bush that he was: "Oblivious. In denial. Dangerous.” Recent words from Pelosi regarding her position leading the incoming Democrat congress don’t exactly give me the utmost confidence that Democrats are eager to do much compromising. Pelosi referred to herself as “"the most powerful woman in America" and even flexed her right muscle like a weight lifter and yelled"All right, let's hear it for the power.”

In one news report this week the Democrats’ top agenda items listed were raising the minimum wage, increasing funding for stem cell research and “pressuring the President” to bring the troops home from Iraq. Those are obviously not the same items on the President’s agenda.

Recent history teaches me to not expect all the “make nice” talk this week to translate into positive action. Because I always try to be optimistic, though, I am hopeful that there will be some things upon which the President and congressional Democrats can agree. It would be wonderful if the following words from the President’s Wall Street Journal op-ed could find some support on the Democrat side of the aisle.

“By balancing the budget through pro-growth economic policies and spending restraint, we are better positioned to tackle the longer term fiscal challenge facing our country: reforming entitlements--Social Security, Medicare and Medicaid--so future generations can benefit from these vital programs without bankrupting our country.

One important message I took away from the election is that people want to end the secretive process by which Washington insiders are able to slip into legislation billions of dollars of pork-barrel projects that have never been reviewed or voted on by Congress… It's time Congress give the president a line-item veto. And today I will announce my own proposal to end this dead-of-the-night process and substantially cut the earmarks passed each year.”

Democrats have vowed to reform the earmark process, but they have also vowed, as Nancy Pelosi put it, to have "the most honest, most open, most ethical Congress in history." So far, if the treatment of incoming House Judiciary Committee Chairman John Conyers, who does not appear to be paying any political price for his ethics problems, is any indication, that vow is not holding up so well. On the bright side, for Republicans anyway, failure of Democrats to work with the President on issues voters want to see addressed could help assure that they don’t stay in the majority long.