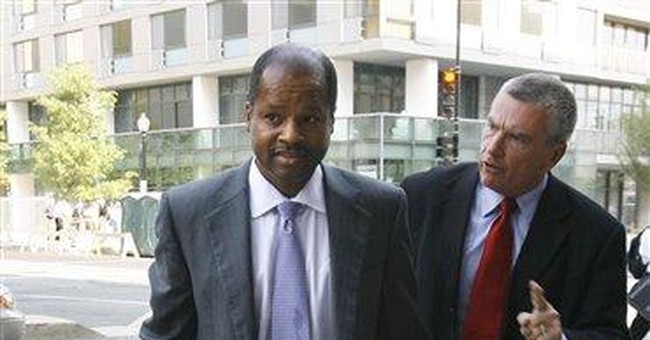 In 1789, American forefather Benjamin Franklin wrote, “In this world nothing can be said to be certain, except death and taxes.” Fast forward to 2009, and it seems that some of our elected officials are trying to amend Franklin’s two certainties by adding a third: lawsuits.

The U.S. is already the most litigious country in the world, imposing a tort cost of around a quarter of a trillion dollars each year.

In this day and age where billion dollar price tags are tossed around D.C. without the bat of an eye, the cost of America’s lawsuit system still hits home – a 2008 study revealed that every family of four pays more than $3,300 every year due to our out-of-control lawsuit system.

With unemployment climbing and household budgets being stretched thin, you might think that lawmakers would try to fix our damaged civil justice system that rewards plaintiffs’ lawyers at the expense of everyone else. But you would be wrong.

In fact, some in Congress are attempting to pass laws allowing trial lawyers to file even more lawsuits in courtrooms across the country. In major pieces of legislation introduced this session of Congress, provisions have crept in to expand the cost and reach of America’s lawsuit system.

In order to increase government oversight of consumer financial products, such as mortgages and credit cards, a bill was introduced this summer to establish the Consumer Financial Protection Agency, or CFPA. Among numerous other powers, the legislation would grant CFPA the ability to restrict or ban mandatory arbitration clauses in consumer financial services contracts – forcing more disputes into an already overburdened court system and giving trial lawyers a new source of revenue.

The House-passed cap-and-trade energy bill would allow lawsuits to be filed against makers of home appliances, lighting products, plumbing fixtures, and heating and air conditioning products for violations of the sweeping new energy conservation standards created under the bill.

Those who create life saving medical devices would be forced to spend more of their time in the courtroom and less of it in the lab because some in Congress are trying to undermine the federal government’s authority to set the safety standards for their products. Under one bill making its way through Congress, doctors and scientists would no longer be the ultimate authorities for setting national safety standards for medical devices like artificial hip joints or heart stents. Instead, trial lawyers and lay juries would be enlisted to establish safety standards through lawsuits on the state level decided on a case-by-case basis.

All in all, at least 36 liability expanding bills and provisions have already been introduced this Congress – putting it on track to be the most pro-lawsuit session in recent memory. The U.S. Chamber Institute for Legal Reform is keeping tabs on all of these measures on the website www.TrialLawyerEarmarks.com.

As the economic downturn stretches on, businesses are doing all they can to retain workers and stay afloat. Unfortunately, some lawmakers, oblivious to their struggles, are trying to pile on even more potentially door-shuttering causes of action that enrich trial lawyers and put our brittle economy at further risk.

Death and taxes are inevitable. Lawsuits don’t need to be.