Will Plaintiffs’ Lawyers Find New Ways to Sue? They Bet Their Boat They Will 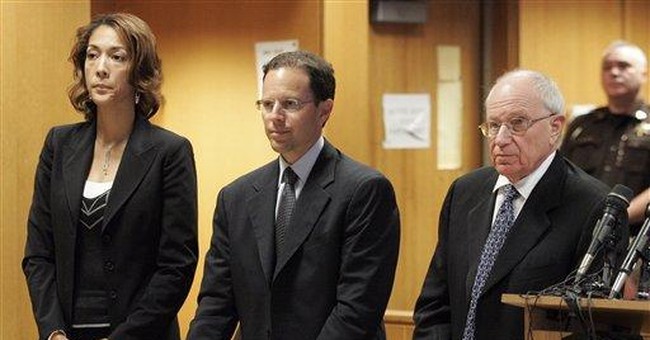 In 1999, flush with more than a three billion dollar windfall from tobacco lawsuits, plaintiffs’ lawyer Ron Motley reset his crosshairs onto another “deep-pocketed” industry: companies that had ceased the manufacture and sale of lead-based paint 30 years ago or more. So certain he could bring the entire industry “to its knees,” Motley vowed to give away his prized 120-foot yacht if he and his firm, Motley Rice, did not prevail.

Motley thought he earned his first big payday in the state of Rhode Island when, in 2007, a jury ruled that paint companies were responsible for the effects of the lead paint they manufactured before it was banned. But now he will have to look for a legal victory elsewhere.

This past July, the Rhode Island Supreme Court unanimously reversed the ruling and tossed out the multi-billion dollar lawsuit, stating that the case “should have been dismissed from the outset.” The court agreed with the defendants who had been correctly arguing for nearly a decade that the plaintiffs’ twisted use of the public nuisance legal theory in the case was bogus.

Public nuisance—an 800-year-old legal concept, today used to settle disputes such as neighborhood quarrels over loud rock music—is a legal standard intended to apply to unreasonable interference with public rights.  In seeking to have it apply to lead paint, the plaintiffs sought to bypass well-settled notions of product liability law, such as the requirement to demonstrate that the defendant in the case actually caused the harm in question.

They contended that, in this case, all they had to prove was that a company sold lead-based paint in the state prior to 1978 when it was outlawed, and that there are houses in Rhode Island that have this paint in them.

As simple as it seemed, plaintiffs’ lawyers had to face the fact that the public nuisance theory has never been used successfully in a product liability suit because it is not intended to cover such cases. When the Rhode Island Supreme Court rightly rejected this lawsuit based upon ill-conceived legal reasoning, it was only the latest to do so. Courts in Missouri, New Jersey and elsewhere have rejected public nuisance-based claims in cases brought by Motley Rice and other plaintiffs’ firms.

So why bring a suit when your chances of winning are slim?  It turns out that if Motley Rice had won their Rhode Island case, it stood to pocket more than $400 million in legal fees.  In its very public criticisms of the Supreme Court in connection with this case, it has conspicuously failed to acknowledge this very considerable financial interest in the outcome of the case.

While this payout would have been staggering, Rhode Island was not the ultimate endgame for Ron Motley and his firm.  Their true focus was to open the public nuisance can of worms so that plaintiffs’ firms would be positioned to rake in billions of more dollars by leveraging the case to extract settlements across the nation from any number of manufacturers or distributors of any number of products allegedly causing harm to claimants represented by Motley Rice.

All the plaintiffs’ bar really needs is a single precedent-setting victory with a public nuisance case.  This means that even confronted with long-shot odds, firms like Motley Rice are willing to gamble on the outcome because the ultimate payoff would be astronomical.

In Rhode Island, they rolled the dice and they lost. However, those tempted to think that this nearly decade-long pursuit of former lead paint manufacturers ends in the Ocean State, think again. There are numerous “elsewheres” for Motley Rice and other plaintiffs’ firms to look for mega payouts.

With the lawyers moving on to their next target, Rhode Island residents are left with a number of questions.

For one, what does their loss mean for the state’s taxpayers? In pushing this sham lawsuit, the law firm hired to represent the state forced the paint manufacturers to spend a tremendous amount of money on defense costs. Since Motley Rice was working on behalf of the people of the state, the taxpayers may now be on the hook to reimburse the companies for their legal bills.

And what about the lead paint-related health problems at the heart of the case? Motley Rice lawyers themselves acknowledge that Rhode Island is making significant progress in solving the problem of childhood lead poisoning.  The state’s comprehensive lead prevention program—which makes property owners and landlords responsible for ensuring a lead-safe home enforcement—is working, and elevated blood lead levels continue to decline dramatically.  Last year, the incidence rate of elevated blood lead levels in Rhode Island was 1.3 percent—the lowest since measurement began more than a decade ago.  It seems that the need for lawsuits against paint companies is questionable at best, especially when enforcement of current laws has worked.

But while the plaintiffs’ lawyers take their lawsuits to other states, one final question remains for Rhode Islanders: who gets Ron Motley’s yacht?