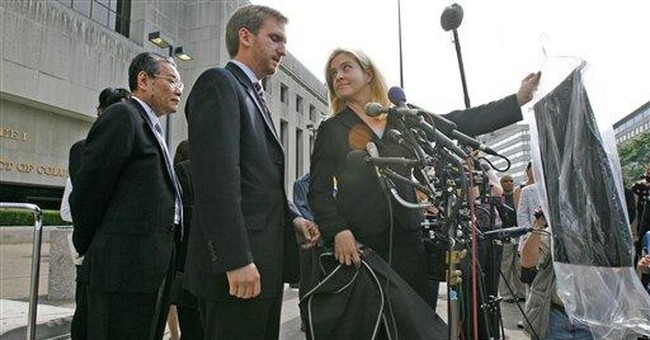 Last year, the Association of Trial Lawyers of America decided that a few among their ranks had brought disrepute to the trial lawyers' reputation. So they decided to take a stand against the bad actors in their ranks and call for reforms to reduce outrageous lawsuits.

At last year's meeting, the trial lawyers instead decided the easier solution was a new name: the American Association for Justice, a moniker created to be, in their words, "about what we do, not who we are."

Their game plan isn't just to rename the national organization, but to convince all of the state trial lawyer associations to follow suit. And so far, at least 13 states have voted to replace "trial lawyer" with "association for justice," with several more states reportedly set to make the change.

There's no question that a re-branding effort for the trial bar is necessary. They remain at a nearly all-time low in public opinion polls. Eighty five percent of voters believe frivolous lawsuits are a serious problem; 75 percent believe lawyers benefit most from lawsuits.

But adding the word "justice" to their name doesn't make what some of them do just.

Here are a few of the stories in the news since the trial lawyers began their re-naming campaign:

These are but a few of many examples from this year alone of cases where lawyers have willingly added yet another frivolous lawsuit to society, have hurt their own clients, or both.

If the plaintiffs' bar were really serious about their negative reputation, they might spend more time sanctioning their own bad lawyers and working to end frivolous lawsuits, instead of quietly changing their name while defending the status quo.

As for the now world-famous case of the $54 million pants lawsuit, after two-plus years of sleepless nights, more than $100,000 in legal fees and lost revenues (and counting), and being forced to close a store, the national trial lawyers association issued a public statement after the initial judgment for the Chungs, with the headline "Verdict Shows American Civil Justice System Works."