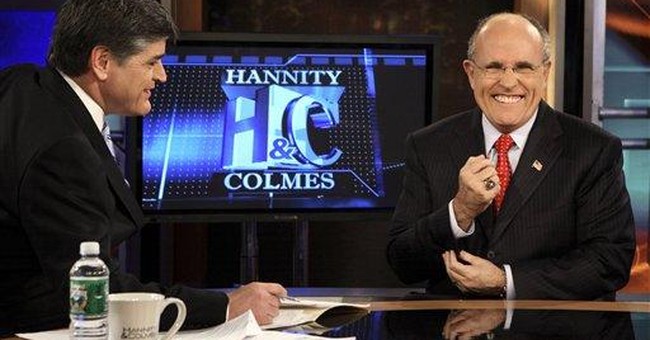 It is hard to imagine a sacrifice more selfless than the ultimate sacrifice of an American soldier. Thousands upon thousands throughout American history have given their lives in the name of freedom, but how many of their names do you remember? How many times have you said “thank you” when you’ve seen a serviceman returning home from war? How many prayers have you said for the families of those who won’t be coming back? Not enough. None of us could do enough.

In the last 20 years, over 15,000 service members have given their lives defending our country. More than 3,400 soldiers, sailors, airmen, Marines and Guardsmen have been killed in the war in Iraq, leaving behind approximately 2,000 children.

Thankfully, there’s an organization that is dedicated to serving the families of our American soldiers. Freedom Alliance was founded in 1990 by LtCol Oliver North with the mission of “advancing the American heritage of freedom by honoring and encouraging military service, defending the sovereignty of the United States and promoting a strong national defense.” Chief among their charitable programs is their Scholarship Fund for children of servicemen and women who’ve been killed or permanently disabled through military service. This scholarship grant can be awarded during all four years of a student’s college career at any school they attend.

Not long from now, these 2,000 children will need Freedom Alliance’s support as they prepare to enter college. Considering the continuously increasing costs of a university education, it’s fair to estimate that the burden Freedom Alliance is undertaking with the establishment of a scholarship trust fund will be astronomical. Yet, it is a necessary and noble cause- one that we, as the American citizenry, should carry collectively.

Since 2002, the Freedom Alliance Scholarship Fund has awarded 408 student scholarships to the children of military heroes. They have donated $25,000 to the USS Cole Memorial Fund for the children of 17 sailors who were killed in the October, 2000 terrorist attack and $40,000 to the dependent children of the 54 servicemen killed at the Pentagon on September 11, 2001. These significant donations were made possible by the charitable gifts of our fellow Americans and Freedom Alliance maintains that 100% of all money raised for the Scholarship Fund goes directly to the children.

Corrine and Shannon Snell are two children who lost their father, Marine MSgt Joe Snell, when his UH-1 helicopter crashed during a training mission. He was highly decorated for his 21 years of service and tours of duty in Operation Desert Shield and Operation Desert Storm. Corrine and Shannon were just 9 and 6 years old respectively when they lost their father, but now they are attending college as Scholarship Fund recipients.

“My father would be very proud of me today if he were still alive, and I am so grateful that even through his passing, he is able to contribute to the continuation of my education. Thank you for such a wonderful foundation that supports the children of servicemen and women who have sacrificed their lives so that we may live in freedom.”

These students and the countless others that have attended college with the assistance of the Freedom Alliance Scholarship Fund are walking testaments to the hopes and dreams that their fallen mothers and fathers left behind.

Perhaps no one has been a greater champion for the Scholarship Fund than conservative talk show host, Sean Hannity. Since establishing the Freedom Alliance Scholarship Fund as his personal charity, Sean has heralded the Fund on his talk radio show and FoxNews program, Hannity and Colmes. Together, Sean and LtCol Oliver North have traveled the country to raise money for the children of our American heroes and have tirelessly worked to ensure that the families of our fallen soldiers won’t have to worry about how they can meet the financial burdens of sending their children to school.

In 2003, Sean Hannity hosted the first ever Hannity Freedom Concert at Six Flags Great Adventure in New Jersey to benefit the Freedom Alliance Scholarship Fund. In 2006, he expanded his annual concert to include an additional, West Coast Freedom Concert in San Diego, California. However, in 2007, Sean is pulling out all the stops with five Freedom Concerts that span from coast to coast!

In the past, Sean has lined up some of music’s top performers and this year is no different. Country sensations Montgomery Gentry, Leann Rimes and Lee Greenwood will take the stage to honor our nation’s soldiers and the American heritage of freedom. Ann Coulter, Senator Rick Santorum, Tom Delay, and actress Susan Lucci are just some of the Freedom Concert’s past attendees. Sean and Ollie will also broadcast live from the show.

I attended the Freedom Concert in Jackson, New Jersey, last year and can personally attest to the powerful feeling that comes with watching Lee Greenwood sing his famous “God Bless the USA” to 20,000 patriotic Americans who proudly sang along while waving thousands of American flags. Freedom Alliance Scholarship Fund recipient, Kristen Mancini, took the stage to tell the story of her father’s ultimate sacrifice and her plans to honor him through becoming a college graduate. I was also privileged enough to work with the Freedom Alliance staff in hosting the Wounded Warriors and saw the tears of appreciation that came to their eyes as they were recognized with standing ovations from their fellow countrymen.

It is an experience unlike any other- humbling, empowering, and one that we should all be a part of. We have a tremendous responsibility to face in the years to come. It’s time to start paying our dues to the families of those that paid the highest price of all.