The Key to Remaining Young 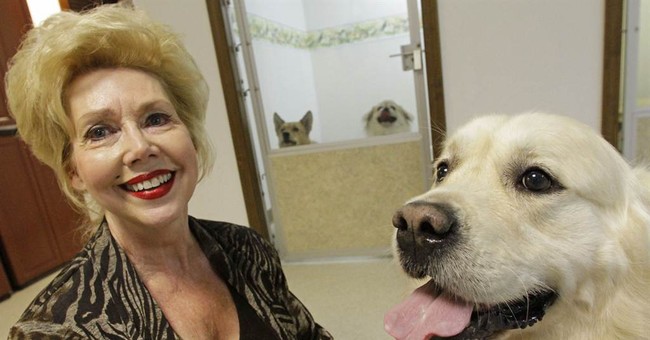 Like most baby boomers, I've resisted growing old. But having celebrated my 66th birthday last week, I'm forced to come to grips with the inevitability of aging.

I haven't been young in decades. And middle age passed me by without my ever embracing it. Now old age is just around the corner, so I figure I'd better start getting ready for it. The future may be limited in years, but there's no reason not to plan for it.

Mickey Mantle once famously said, "If I'd known I was going to live this long, I'd have taken better care of myself." It was a great insight. I've tried to take his advice by losing weight and joining a gym, and it has paid off. I lost 30 pounds a couple of years ago and kept it off, and I've never felt better.

My grandmother, Susie, worked until she was 65 and then traveled the world -- well, the Far East anyway. She read constantly, crocheted until her eyesight gave out and remained a good conversationalist until she died. She never went out of the house without lipstick, a hat and matching shoes and purse, and she had her hair done every two weeks. She was elegant to the end.

My mother was fiercely independent. She moved in with me at the age of 87 when her vision, too, failed, but she prepared her own meals and preferred to do her own shopping until she fell and broke her hip at age 90. Like her mother, she was always well groomed and well dressed and wouldn't think of leaving her apartment without looking her best. She kept her mind active with crossword puzzles and game shows and put herself to sleep at night recalling the capitals of all 50 states in alphabetical order.

But the most important thing both my grandmother and mother did to keep themselves young was to remain cheerful. Both women endured hard lives. My grandfather abandoned my grandmother in 1925 to look for gold in Alaska, leaving her to care for four children on her own. My mother lost two babies plus a son and daughter in childhood and suffered pain throughout her adult life as the result of a car accident when she was in her early 30s. But both women managed to be happy -- or so it seemed to those around them.

They didn't complain or feel sorry for themselves. They were grateful for life's simple pleasures. In my grandmother's case, it was a cup of orange-spiced tea every evening; in my mother's, two chocolate mint cookies from the freezer every day. Neither woman held a grudge or had an unkind word to say about anyone. But most importantly, they were generous.

Both women gave away most of what they owned before they died. Neither owned much of value, no homes or property, just a few pieces of jewelry, some family china and crystal. But they loved to parcel out their belongings: a pearl necklace on a birthday, a treasured book or old family photos for Christmas, a crocheted tablecloth for a wedding or a blanket on the birth of a grandchild.

I've made lots of resolutions to help myself grow old with grace: eat less, move more, memorize 100 poems, relearn algebra and geometry. But I think the best thing I could do is try my best to follow my grandmother's and my mother's example. Perhaps it wasn't their accessorized outfits and coifed hair that made them seem so young, but the smiles on their faces, smiles earned by being kind and giving to others.

Bill Maher Notices Something Odd About These Transgender Kids
Townhall
Noam Blum OWNS Nina Jankowicz in back and forth after she ADMITS she just wanted to control domestic 'disinformation'
Twitchy
Biden Brags About 'Operation Fly Formula,' Gets Destroyed by Reality in Our 'Shot & Chaser of the Day'
Redstate
Sussmann Trial Week 2: It Was Hillary, In the Back Room, With the Chardonnay Bottle
PJ Media