OPM Is the Problem, Not the IRS 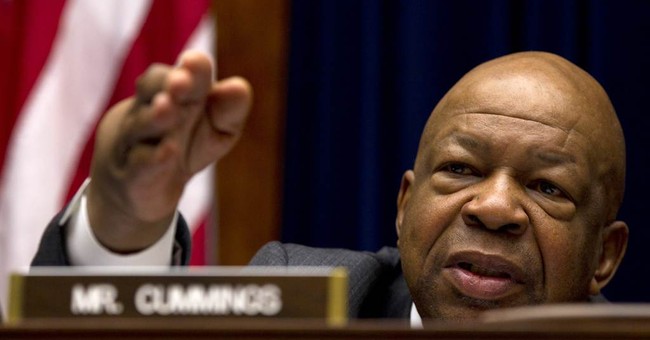 Suddenly, Democrats are in a tizzy about wasteful government spending. At hearings this week into the IRS's misuse of taxpayer dollars to fund staff junkets, Rep. Elijah Cummings, ranking member of the House Oversight and Government Reform Committee, bemoaned, "The money that was spent on that -- that's my money! That's the lady who got the early bus this morning. That's her money. The one who makes $35,000. Hers. The gentleman up the street from me who makes 45 (thousand dollars) hauling trash. That's their money! So, it was wasted."

But he shouldn't be surprised. What went on at the IRS is built into the system. It's not an IRS problem. It's a problem whenever individuals are free to spend Other People's Money. The more removed those who spend OPM are from those whose money they're spending the greater the likelihood for corruption.

So far, the IRS inspector general has uncovered about $50 million spent on lavish conferences for IRS officials who attended events in Anaheim, Calif., and elsewhere from 2010-2012. The IRS staff stayed in fancy hotels, ate free meals and then sought reimbursement from the government, produced foolish videos and walked away with trinkets that may not have been worth much individually but added up to $64,000 overall.

The IRS junket scandal may be what's getting attention this week, but it amounts to no more than a few crystals on the iceberg of government waste, fraud and abuse.

Where is the outrage when government waste amounting to hundreds of billions of dollars is built into public policy? Grilling a few arrogant IRS officials makes for good theater, but where are elected officials like Cummings when it comes to the far bigger problem of wasting taxpayers' money on unnecessary federal health care payments, or paying more for federal construction projects than needed in order to appease unions, or encouraging people not to accept jobs by extending unemployment benefits for up to 93 weeks?

To take just one of the more egregious examples, studies show that the federal government wastes about $100 billion a year in Medicare overpayments. That's two thousand times more than the IRS spent on junkets. And despite congressional and executive branch efforts to rein in these Medicare overpayments, it is almost impossible because the source of the problem is not simply greedy providers or actual criminals, but the disconnect between the person who is cutting the checks and the one whose money is being spent in the first place.

When I pay my own bills, I'm careful to make sure the provider is not cheating me. It's my money, after all, not someone else's, and I've worked hard for it. It's probably less likely that the provider of goods or services is going to try to pull something over on me if he knows I'm the one writing the check. After all, he wants me back as a customer -- and he may even have to look me in the eye when he hands me the bill.

But that is not the way it works when a third party pays the check. There is simply no accountability. We turn our money over to the government to dispense it as our elected officials decide and then trust that the funds will be wisely spent.

I doubt the offending IRS officials gave a second thought to what they were actually doing when they traveled to Anaheim for a good time. You can't imagine one of them breaking into their neighbor's house to raid the refrigerator for free meals or to help themselves to a few trinkets to take home for their own enjoyment. (And if the neighbor found out, he likely would have called the police.) But because the money belonged to other people -- and anonymous people at that -- it was a lot easier for those government workers to pretend their profligacy didn't hurt anyone.

The bigger government gets the more it does, and the more of our money it spends the greater the likelihood we'll see these scandals repeated. It's all about spending other people's money.