Best Medicine To Prevent Another Recession 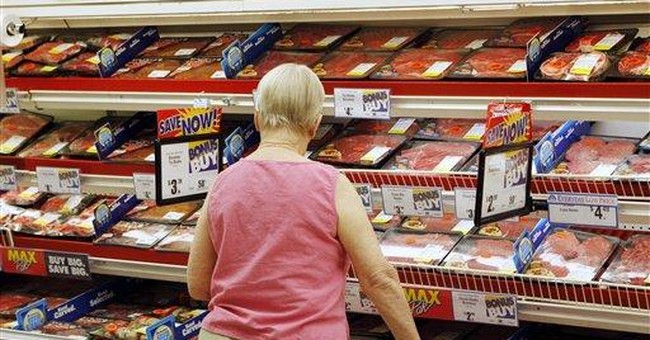 Could we be headed for a double-dip recession? The numbers on employment, sales, and other indicators suggest the recovery is shaky at best. Unemployment is holding steady at 10 percent, and retail sales were actually down .2 percent in December compared to the previous month. And when it comes to the confidence of the American people that the country is headed in the right direction, those numbers have declined significantly from the spring. A recent poll by the National Journal shows 55 percent of Americans believe that things are going the wrong way, compared with 42 percent who thought so in April.

It all adds up to a scary scenario: Americans unable or afraid to spend, leading to little growth opportunities for the economy as a whole. We may technically be out of the recession, but the current 2.2 percent annual GDP growth rate is so anemic, many things could cause it to slip precipitously. This is bad news for the American people -- and for the leadership in Washington. Congress passed a job stimulus that failed to create jobs, then diverted its attention to passing a massive restructuring of the U.S. health care system, which only a minority of Americans support. Meanwhile, the president has remained aloof from the process, only stepping in to try to shape the legislation at the 11th hour as Senate and House conferees bicker over its final shape.

So what could the president and Congress do that might have some positive effect on the economy? First, they could admit that the health care bill they're trying to force down the American public's throat is the wrong medicine at the wrong time. Instead of meeting in secret and securing necessary votes by bribing members of Congress who are reluctant to go along, the president and congressional leadership should convene a joint press conference to announce they're putting the legislation on hold for the time being.

However, the single most important thing that Congress and the president could do to help the economy recover is to hold down government spending. Government has no money of its own -- something liberals seem incapable of understanding. Government gets money only by taking it away from individuals. Corporations don't really pay taxes; they simply act as tax collectors, passing on to the government in the form of corporate taxes money that would otherwise have been returned to shareholders in dividends and capital gains, to customers in lower prices, or to employees in higher wages. Government spending, therefore, is simply taking individuals' money and spending it in ways they either wouldn't -- or couldn't, at least efficiently -- spend it themselves.

Uncle Sam is pretty much in the same position as most American families these days: Less money is coming in and there are few opportunities to change that in the short run. So what do families do under these circumstances? Most sit down and figure out what is essential to the family's well-being and spend only on those items they must. In other words, they learn to live on less. But not so the government. Instead, Uncle Sam figures out a way to borrow more and keeps spending as if the borrowed money never had to be repaid.

We know what happens to families who take this approach -- they eventually go bankrupt when lenders stop lending and demand to be paid. The process is a bit more complicated -- and takes longer -- when it comes to governments, but in the end, economic ruin is still the result when government continues to spend beyond the revenues it can ever hope to bring in. Mexico, Russia, Argentina, and Ecuador have all faced this in recent decades, and Iceland and Greece are among those on the brink now.

But if the president and Congress were to commit themselves to some real fiscal and regulatory restraint, it could have enormous positive impact. Right now, many businesses are worried that they will be asked to pay for new federal mandates, from health care reform to new regulations, as well as to pay higher taxes (or more accurately, to collect more taxes on the government's behalf). The uncertainty makes them less likely to hire more people or make capital investments they might otherwise.

If the feds showed some spending restraint, it might actually loosen up spending in the private sector. And that, more than anything else the government could do, would be the best medicine to aid the current recovery and prevent another recession.