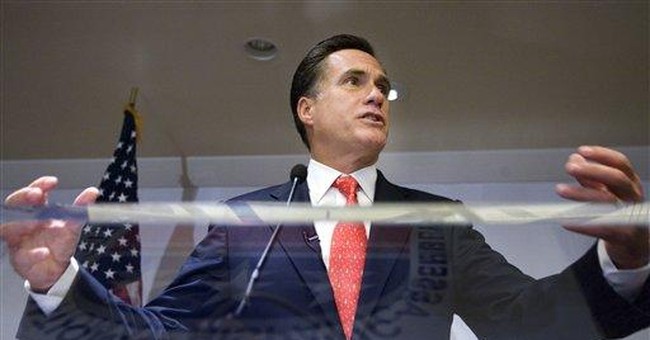 Republicans need all the votes they can get next November if they are to have any hope of retaining the White House and winning back control of Congress. But one group of voters -- among whom the GOP has gained considerable ground over the last few elections -- now seems about to slip away, perhaps permanently.

Hispanic voters are poised to turn several red states blue come 2008, virtually guaranteeing a Democratic presidential victory and a pickup in congressional seats as well, according to a new analysis of Hispanic voting behavior. "Border Wars: The Impact of Immigration on the Latino Vote," released by the conservative group Americas Majority Foundation, demonstrates that congressional Republicans' ham-handed approach to immigration will cost them dearly at the polls.

Richard Nadler, the study's author, analyzed 2006 voting patterns in 145 Hispanic precincts or voting blocs in three congressional districts in the Southwest. In each district, candidates who favored an enforcement-only approach faced opponents who favored comprehensive immigration reform, including a guest worker program and a path to legalization for illegal aliens. Nadler found that the enforcement-only approach significantly eroded support for the Republican candidates among Hispanic voters from their 2004 levels, and in each case the Republican lost the seat.

In Arizona's 5th district, six-term GOP incumbent Rep. J.D. Hayworth actually switched positions on immigration from being a sponsor of guest worker legislation to becoming one of the most outspoken opponents of immigration, even advocating a moratorium on legal immigration from Mexico. In 2004, Hayworth received almost as many Hispanic votes as his Democrat opponent, with each receiving about 48 percent; but in 2006, Hayworth lost 59-36 percent in Hispanic precincts.

In the 8th district of Arizona, a pro-comprehensive reform Republican, incumbent Jim Kolbe, retired, and the Republican nominee, Randy Graf, made illegal immigration the centerpiece of his campaign. In 2004, Rep. Kolbe won almost 43 percent of the vote in Hispanic precincts. In 2006, Graf won barely 18 percent of those precincts' votes -- and Republicans lost the election 54-42 percent.

Perhaps most illuminating of all, Nadler's analysis of Texas' 23rd district shows how divisive the immigration issue can be even when the Republican candidate is Hispanic. Henry Bonilla, a seven-term incumbent, was defeated in 2006 after redistricting produced a more heavily Hispanic and Democratic district. Nadler's analysis showed that even in those heavily Hispanic counties included within district lines in both 2004 and 2006, Bonilla lost ground, winning 59 percent of the vote in those Hispanic precincts in 2004 but only 30 percent in 2006. Nadler attributes the erosion in support among Hispanics to Bonilla's support for an amendment to impose criminal penalties on illegal aliens.

Nadler predicts that an enforcement-only approach to immigration will cause Republicans serious problems in 2008. Extrapolating from his Hispanic precincts study, Nadler projects that, all other factors being equal, Latino voters alone could cost the GOP presidential candidate the election if their turnout increased equal to their percentage of eligible voters.

Hispanics represent about 15 percent of the population, but only about 8 percent of voting-age citizens, and barely 6 percent of those persons who actually voted in the 2004 election. But Democrats could easily target Hispanic voters and significantly increase their numbers, just as they have blacks in previous elections, increasing their turnout between 2000 and 2004 from 10 to 12 percent of all votes cast.

But all is not lost for Republicans -- if they manage to stake out more moderate ground on immigration. A number of Republicans did just fine among Hispanic voters, even if they favored some tough approaches to illegal aliens.

Rep. Steve Pearce of New Mexico's 2nd district, the most heavily Hispanic district (47 percent) in the most heavily Hispanic state (42 percent) in the nation, actually increased his support slightly among Hispanic voters between 2004 and 2006 (from 39.5 percent to 40.1 percent) even though he advocated deporting criminal aliens, building 700 additional miles of fencing along the Mexican border and creating more secure identification cards. But Rep. Pearce also supported comprehensive reform and opposed criminal penalties against illegal aliens, and he voted against an amendment that would have required mass deportation of recently arrived illegal aliens.

The Republican presidential hopefuls would do well to follow Nadler's advice as they craft their message in the upcoming primaries: "Participants . . . needn't like this conclusion. But they better understand it."