Why We Still Need a Civil Rights Watchdog 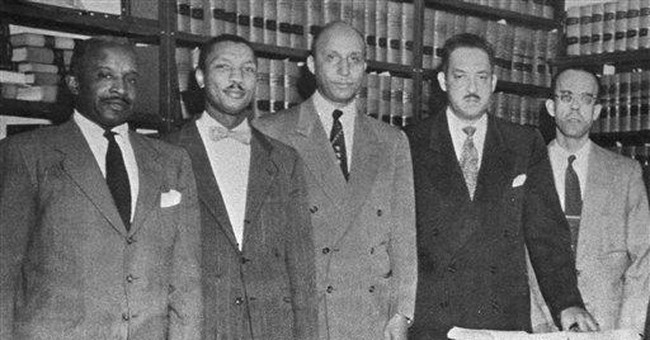 The U.S. Commission on Civil Rights turns 50 this week. Created by the 1957 Civil Rights Act, signed into law Sept. 9 that year by President Dwight D. Eisenhower, the Commission's work rarely makes the front pages as it did in the heyday of the civil rights movement. But it remains an important vehicle for public debate on civil rights issues, as evidenced by a controversial new report it has issued questioning whether affirmative action may actually do more harm than good to its intended beneficiaries.

The report, "Affirmative Action in American Law Schools," found that admitting minority students "into law schools for which they might not academically be prepared could harm their academic performance and hinder their ability to obtain secure and gainful employment."

These arguments about the unintended consequences of affirmative action are not new. I've been making them for 30 years, including during my tenure as director of the Civil Rights Commission during the Reagan administration. What is new is a growing body of empirical evidence to back up the claim that affirmative action in higher education harms not only whites and Asians but blacks and Hispanics, those very students the programs are intended to benefit.

The problem is this body of evidence may never see the light of day -- which is why the Civil Rights Commission report is so important. The Commission has no civil rights enforcement authority; those duties belong to the Equal Employment Opportunity Commission, the Justice Department, the Department of Labor's Office of Federal Contract Compliance Programs, and other agencies that administer the provisions of the nation's myriad civil rights laws.

But the Commission has always served as the nation's conscience on civil rights, making findings and recommendations to the president and Congress. And its recommendation in this report is to end the conspiracy of secrecy surrounding the effects of affirmative action on the performance of black students in law schools.

The first solid evidence that affirmative action was harming black law school students came in November 2004, when UCLA law professor Richard Sander published a study in the Stanford Law Review that showed that more than half of black students at elite law schools had first-year grades that put them in the bottom 10 percent of their respective classes. This poor performance led to a far greater chance that these students would not complete law school and made them six times more likely never to pass the bar exam required to practice law.

But Sander also found that black students did far better if they attended law schools with students whose undergraduate grades and law school admission test scores were similar to theirs. Black students who didn't rely on affirmative action to get into law school had similar first-year grades with their white counterparts and passed the bar at similar rates as all students from the same tier law school.

Of course the affirmative action establishment denounced Sander's study. But more perniciously, they conspired to deny access to a body of evidence, a 25-year archive of California state bar results, that could definitively prove Sander's thesis that mismatching black students with law schools where they were less likely to succeed actually resulted in fewer black lawyers than there would be without affirmative action.

The Civil Rights Commission has now recommended that Congress enact legislation that would require law schools that receive federal funding to make public the extent to which they consider race in their admissions policies. The Commission also recommended that the National Academy of Sciences or other independent grant-making institutions fund studies on the impact of racial preferences on racial disparities in academic performance, graduation rates and future income.

In recent years, the Civil Rights Commission has come under fire for being unnecessary, even counter-productive. But the Commission's latest report shows that its work is not yet done. Few would have imagined 50 years ago that programs enacted ostensibly to benefit minorities would one day be shown actually to harm them. But the Commission's insistence that this information be made public shows why the agency is still needed today as the nation's civil rights watchdog.