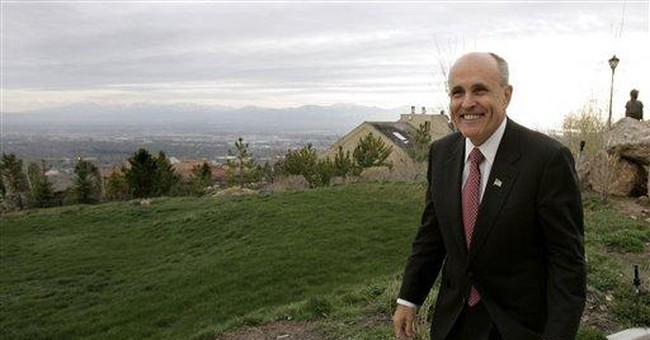 Now that the Democrats are raking in more campaign dough than the Republicans, it will be interesting to see if the media demonize the role of money in politics as they have in past elections when the GOP was winning the contributions race.

The storyline used to be that money corrupts politics, giving big donors too much influence over who ultimately gets elected. But with Democrats raising $3 for every $2 that went to Republicans in the last federal campaign reporting cycle, the press stories have taken on a new slant.

Suddenly, Sen. Barack Obama is a man of the people for having raised $32.5 million, while Sen. John McCain is a loser because he only took in $11 million. The Washington Post reported that Obama's 258,000 donors since January represent more than the combined donor base of the major Republican candidates, Rudy Giuliani, Mitt Romney and McCain. But the comparison is meaningless since Obama isn't running against any of these guys -- at least not yet.

This media about-face is most visible in coverage of the McCain campaign. News stories abounded this week about McCain's money troubles. What once the media treated as a virtue -- namely, McCain's reluctance to hustle for campaign cash -- has suddenly been turned into his Achilles' heel.

There's no question money is an important indicator of a candidate's viability; that's why the presidential money race is often called the first primary. But money isn't everything. Most candidates spend too much money hiring professional campaign consultants, who demand hefty fees and rarely produce what's promised. Sure, money buys exposure through television and radio ads, but ads are never enough to win an election.

Candidates win or lose based on whether they resonate with the voters. George W. Bush won the last election because Americans were concerned about terrorism. Voters believed they would be safer with Bush in the White House than Sen. John Kerry. Bill Clinton won the presidency because voters thought George H. W. Bush had lost touch with the people. No campaign ad could erase the memories of the elder Bush looking at his watch during the presidential debates, as if he was bored with the whole process, or his amazement at grocery scanning machines, which made him look clueless about ordinary Americans' lives. Fair or unfair, these snap judgments stick.

At this point in the election, most Americans haven't yet formed opinions of many of the candidates. Hillary Clinton is the exception. People either love her or hate her, and the money she's amassed -- cumulatively, still more than anyone else -- will only go so far in turning skeptics into fans.

The one candidate who might actually turn his money problems to his advantage is McCain. He's always run better as an outsider and an underdog. By necessity he's now had to fire many of the consultants that surrounded him when he was the front-runner. But this may allow him to be himself -- iconoclastic, sometimes cantankerous, but always honest.

And honesty pays in politics. People will vote for someone they may not entirely agree with before they'll vote for someone they think will say anything to please them. Ronald Reagan understood this better than any politician of our era, which is why he won over so many Democrats who might have disagreed with him on a host of specific issues.

In the final analysis, the election won't be decided by money, no matter who's raising it faster. The war in Iraq, the fear of terrorism here at home, the economy, frustration with both parties' ability to get anything done, a loss of confidence in government, and other issues as yet unforeseen will determine what drives voters to the polls. And when they cast their votes, most people will be making a judgment call that the candidate they're voting for has the character and skills to make a difference, not which candidate amassed the most money.