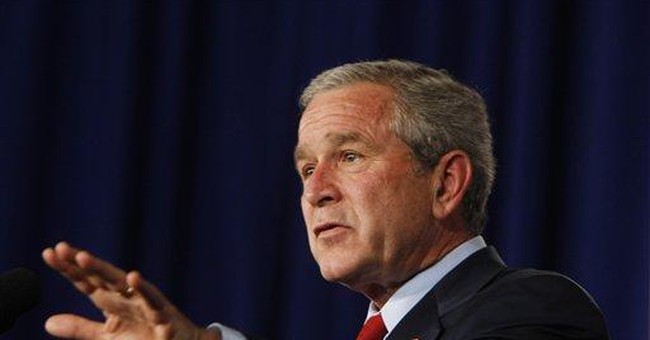 Immigration reform is dead. But before conservatives who killed this bill start popping champagne corks, they ought to consider the following.

Our borders will be less secure, not more. Employers who want to do the right thing and only hire legal workers won't have the tools to do so. The 12 million illegal aliens who are here now will continue to live in the shadows, making them less likely to cooperate with law enforcement to report crimes and less likely to pay their full share of taxes. In other words, the mess we created by an outdated and ill-conceived immigration policy 20 years ago will just get worse.

But you won't hear this if you tune in to talk radio over the next few days or read conservative blogs. There will be lots of gloating over having killed "amnesty." There will be claims that senators finally "listened to the people." And, no doubt, some conservatives will be emboldened to consider the next step in their war against illegal immigration, namely to deport those now here illegally.

What you won't hear is that liberals are just as relieved that this bill didn't pass as conservatives -- and they know time is on their side. Their plan is to wait until January 2009, when they expect bigger Democratic majorities in the House and Senate and a Democrat in the White House, and then reintroduce immigration legislation. They know that the present laws can't be enforced, not because of lack of will but because the laws themselves are inadequate and contradictory.

Under current law, an illegal alien can present a fake Social Security number and a fake identity card with a photo so long as it reasonably looks like a legitimate government I.D. If the employer is suspicious about the authenticity of the documents, there is little he or she can do now. Questioning the prospective employee could lead to a civil rights law violation -- such objections are now one of the largest sources of civil rights complaints filed with Justice Department.

Even the government's own program to check employment eligibility -- Basic Pilot -- is unreliable, failing to detect fraudulent employees so long as the Social Security numbers they use are valid and aren't being used by other persons. Worse, the system spits out a high percentage of false ineligibles, in other words, citizens or legal residents who are entitled to work but are flagged because of outdated or inaccurate government data bases.

So how do you enforce the employer sanctions provisions of current law? You can't, except sporadically, by raiding companies suspected of wrongdoing. Those raids make headlines, but they barely dent the problem of illegal workers. And, truth be told, if all illegal workers disappeared overnight, we'd be in a bind.

The United States creates 1.5 to 2 million jobs every year, but without immigrants -- legal and illegal -- we'd have a hard time filling all those jobs. The sensible way to solve that problem would be to create a market-based legal immigration system that would increase the number of persons admitted when job creation justified it and decrease the number when unemployment rose.

Of course, the priority for new jobs has to go to Americans first -- but some jobs, at both ends of the job skills spectrum, will go unfilled unless we allow foreign-born workers to take them. Not enough young Americans are studying engineering, science and mathematics to fill all the jobs that require those skills. And Americans are over-educated to fill the jobs at the lowest end of the skills spectrum.

But none of this matters to the radio talk show hosts who encouraged their millions of listeners to shut down the congressional phone system with calls protesting "amnesty." Nor does it matter to the myriad direct mail outfits opposing immigration, which will reap tens of millions of dollars in donations to fatten their coffers as a result of this "victory."

Meanwhile, the real majority of Americans will have to wait for genuine immigration reform. And Republicans who believe this is going to help them at the polls in 2008 may well find themselves sitting on the back benches for years to come.

Here's What's At Stake If Smith and Wesson Loses Its Case Against New Jersey
Townhall
Tom Bevan's thread analyzing Sunday show focus perfectly sums up 'bias and groupthink of the Beltway pundit class'
Twitchy
SCOTUS Watch: Pro-Abortionists Lose Their Minds as a Sledgehammer Is Taken to Roe v. Wade
Redstate
The COVID-19 Test No One Is Talking About: Make Sure Your Children Have It Before They Are Vaccinated
PJ Media