Ominous Rumblings at the Department of Education 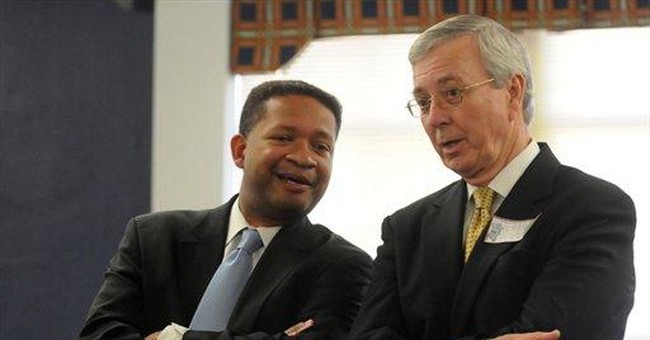 The Department of Education is often misleading, vague and ominous. An odd announcement from Secretary Arne Duncan states that his department’s Office of Civil Rights will “reinvigorate civil rights enforcement” in the nation’s schools in an effort “to make Dr. King’s dream of a colorblind society a reality.”

Most everyone agrees that ensuring civil rights in schools—that is, ensuring equitable opportunities for pupils of all backgrounds and ethnicities and educational abilities—is important and well worth the country’s aspiration. But Duncan and Assistant Secretary Russlynn Ali, who leads the Office of Civil Rights, have in mind a different definition of civil rights—one that seeks not equal opportunity but equal results. And in the course of their stated quest to ensure such an equality for certain groups of students (specifically, those who are black and Latino, poor, and learning disabled) Duncan and Ali will, unwittingly or otherwise, violate the rights of non-black-or-Latino, non-poor, and non-learning-disabled students.

Duncan, for instance, believes that the country must make certain “that low-income Latino and African American students” have the same access to the Advanced Placement (AP) program as other students. “White high school graduates are . . . more than twice as likely to have taken AP calculus classes as black or Latino high school graduates,” he said recently. To Duncan, what is troublingly unequal is troublingly unfair; he deduces that black and Latino students are mostly wrongly denied access to AP classes, on account of their ethnicities.

But this view denies reality. Black and Latino high-school students are simply less likely than their white and Asian counterparts to have attained the academic skills that AP requires. The solution is not to police the AP roll, ticking off its black, white, ecru, and persimmon pupils and insisting on some concocted golden ratio between them. The solution is to worry about the lousy elementary schools and middle schools where so many black and Latino kids are permitted to sit through years of classes while learning next to nothing. Fixing those schools would be a valuable civil-rights pursuit.

Instead, the Department of Education will encourage packing into AP courses black, Latino, poor, and perhaps even learning-disabled students who are unprepared for AP coursework. Such an approach can have only deleterious consequences: Either these pupils will grow frustrated and fail, or (more likely) the classes will become easier in order to accommodate them. The first outcome is unfair to one group of students, the second outcome is unfair to another.

More ominously, Ali has said that her office will now use “disparate impact” criteria when judging schools’ and district’s civil-rights concordance. The term “disparate impact” was everywhere last year when the Supreme Court heard a case in which the results of a firefighter test administered by New Haven, Connecticut, had been discarded because the city felt that too few minorities had passed the exam. The city tossed out the results, in other words, because the exam, while not manifestly racist, still had a “disparate impact” on minority test-takers. The Supreme Court eventually ruled against the city, finding that New Haven, in its disparate-impact rationale, had actually infringed upon the rights of the firefighters who did pass the test.

The Court’s sound conclusion was that disparate-impact decision-making in the pursuit of civil rights ultimately leads to patent violations of . . . civil rights. It also leads to the imposition of racial quotas or their ilk, which the Court in 2007 declared almost-always illegal.

Yet Duncan and Ali are impervious to this reasoning. They march onward, tripping over logic as they go. Do not be fooled by their paeans to equitable opportunity—equal results is the goal. Their quest for this Holy Grail will be stymied, of course, as countless similar quests have been. But along their ill-fated way they will surely do much harm to pupils and schools, not least by committing time and resources to a project that distracts from what should be the true objective: an improved education for every one of America’s students.