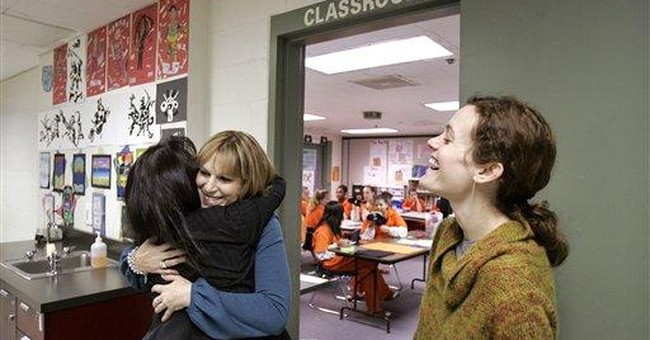 Inspirational champions and proven leaders have it. But it does not require raw talent. Confidence developed from two crucial requirements produces the edge in life that certain people possess. First, one must prepare gruelingly for a challenge – both physically and mentally; and second, one must simply discover that a competent and respected mentor truly believes in him. Coddling words from appointed authority figures will never produce this trademark self-assurance. The edge must be earned; it cannot be assigned.

Nearly all of us comprehend the value of hard work. We also understand the need to apply ourselves in order to be good at the careers or endeavors we choose to pursue. However, how many of us truly believe that we can be the best at whatever it is that we are doing?

Kevin Dresser is the head wrestling coach at Virginia Tech. In 1986, he won the NCAA wrestling championship at his weight class for the University of Iowa. Iowa also won the team championship that year. Kevin is not only an inspirational champion; he is also a proven leader. I met him my senior year in college, but I wish I had met him earlier. He told me something after I graduated that really made a difference in my life. It is something I have shared with nearly every teenager I have worked with sense then.

Kevin told me that most people set their goals too low because they believe they are being realistic. However, Dresser thinks people should always set their goals incredibly high. He said, “If we’re always truly pursuing being the best, well, we may or may not get there, but we will definitely accomplish more than if we set our expectations lower.” His point was quite simple -- by setting incredibly high goals, we are more likely to achieve our true potential.

This is exactly the competitive mentality that many of our high school students need today. Dresser preaches that we are only as good as our competition, and that in order to be the best, we have to outwork the best. When our rivals are sleeping, we need to be training. This is a philosophy that can turn a lethargic classroom into a thriving setting.

Competition is healthy and even fun. When classmates compete with one another, they make each other better. They are actually working as a team and together they make the class better while they pursue their personal goals. With proper mentoring, it also teaches them to respect one another because it is their competition that helps them to better themselves. It’s uplifting to have witnessed teenagers embrace this logic.

Regrettably, our nation’s public school system fails to foster this competitive mentality in students. Political correctness tries to eliminate classroom competition all together. We always hear about level playing fields, self-esteem, and other nonsense when it comes to education. But is there really such a thing as a level playing field? How is it possible to level a playing field without taking away from someone else? And how does robbing someone else help that person’s self-esteem?

Competition hinges on preparation and mentoring – not excuses. It pushes us to better ourselves while compelling those who wish to compete with us to improve, as well. We have to learn to adapt to and overcome our environments. Competition requires one to improvise because things don’t always go as planned. On the other hand, public education does none of this; its administrators simply ask for more money and eliminate competition to solve all their problems.

Furthermore, how can students learn to compete when their tenured teaches avoid competing with one another? When teachers don’t compete against each other, their students have less hope to develop the edge in life. Teachers need to compete, too, because complacency awaits anyone who lacks an incentive to improve. With grueling preparation, stiff competition, and the esteemed approval of competent mentors, the public’s confidence in our education system might be restored.

Unfortunately, public education approaches the preparation of students by rallying behind politically correct drivel like “leveling the playing field,” “making life fair,” or “needing more money.” These are unhealthy answers that only encourage whiners and excuse makers to continue complaining and waiting for others to solve problems they could solve themselves.

In the utopian fantasy of political correctness, we would all have mediocre lives in an egalitarian society. However, in the real world, we all have weaknesses that we need to confront, not bury. The way to compete against those “with unfair advantages” (natural talent) is to outwork them and never to submit to self-pity.