Virginia’s HB961 Is a Ban Under the Guise of Compromise

Lawrence Keane
|
Posted: Feb 14, 2020 9:57 AM
Share   Tweet
The opinions expressed by columnists are their own and do not necessarily represent the views of Townhall.com. 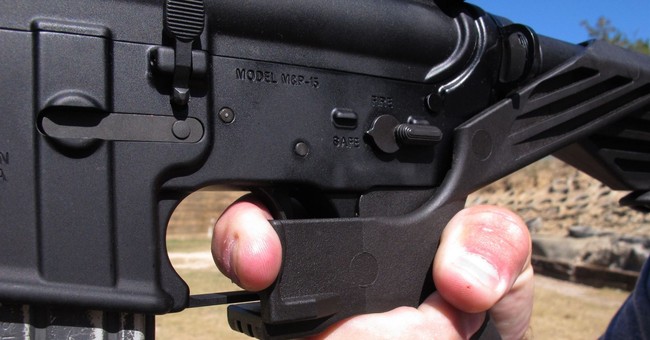 Compromise is a sneaky way of slipping a ban past Virginia voters.

That’s exactly what Virginia’s House of Delegates did, led by Delegate Mark Levine. He authored HB 961, a bill to ban “assault firearms” that was passed by a three-vote margin. The bill would ban the sale of semiautomatic firearms that are commonly used for self-defense, recreational and competitive shooting and hunting, as well as suppressors. Standard capacity magazine possession would become a crime. It now heads to the Virginia Senate Judiciary Committee.

Delegate Levine sold the bill as a “compromise” of its original form. Movement, though, was mockingly moot. Levine’s legislation dropped registration requirements for owners of modern sporting rifles, allowed for suppressors already legally possessed by Virginians and increased the maximum capacity for magazines from a 10 to 12-round limit. Possession of a magazine capable of holding over 12 rounds is still a crime, but the “compromise” reduced it from the original Class 6 felony to Class 1 misdemeanor.

None of this is compromise. It’s a farce. Delegate Levine and gun control advocates in the House of Delegates are criminalizing Virginians' rights. Virginia’s Democrats are telling their voters the defense of their lives and safety ends at $3.96. That’s the cost of 12 rounds of 223-caliber ammunition for an AR-15. It’s even less for a 9mm handgun, putting the value of defending a life at $3.12.

Virginia’s gun grabbers, led by Gov. Ralph Northam, refuse to acknowledge the defense of innocent lives isn’t an arbitrary number dictated by the government. It’s what a victim needs to defend themselves. Gov. Northam and gun control Democrats in Virginia are telling the Commonwealth it ends at less than four bucks.

Possession of a standard magazine might have been reduced to a misdemeanor, but that same magazine transported in a car bumps it back to a felony. A handgun with a 10-round magazine is exempted, but not if it has a barrel that’s threaded for a suppressor. Raising the limit to 12 rounds hardly helps. Virtually no magazine maker produces 12-round magazines.

Delegate Levine’s last-minute compromise is anything but. It’s a ban by another name.

This is the same Virginia delegate who in a recent town hall demagogued “assault firearms” by how they are held and fired, labelling rifles as “legitimate” hunting rifles and others as “assault weapons,” mischaracterized suppressors, and spewed misleading claims about crime rates, which continue a downward trend.

It’s hardly aimed at just modern sporting rifles, like the AR-15. Delegate Levine’s ban extends to shotguns and pistols too. A turkey shotgun with a pistol grip would be banned under this legislation. Telescoping stocks for youth shotguns would also be a disqualifier. Shotguns that accept detachable magazines make it to the banned list as would tube magazines used in competitive shooting and special light goose conservation seasons.

Devices made to increase rifle accuracy and make it safer to shoot would be banned. Suppressors that reduce noise, prevent hearing loss and ease recoil would be gone. Also vanishing from Virginian’s firearms would be muzzle brakes, flash suppressors and devices designed to protect an owner from burning their hands while firing. All are items designed to make firearms safer and more accurate.

This isn’t compromise. It’s a government bought and paid for by Michael Bloomberg’s gun control group, Everytown for Gun Safety, that’s run amok. The goal is still the same. Law-abiding gun owners would be faced with forced dispossession, confiscation, destruction or surrender of their legally purchased property to the Commonwealth of Virginia.

Virginia’s Senate rejected similar legislation earlier this session. It should do so again now. This is wholesale ignorance of the voters who peacefully and lawfully assembled on the state capitol to protest this and other gun control bills.

Lawrence Keane is the Senior Vice President of Government Relations and Public Affairs and General Counsel for the National Shooting Sports Foundation, the firearms and ammunition industry trade association.

Reagan McCarthy
How Did an Al Qaeda Leader in Iraq Become an American Citizen Living in Phoenix?
Katie Pavlich
James Carville Hits Back at Bernie Sanders After Calling Him a Hack: 'At Least I’m Not a Communist'
Julio Rosas
Rep. Keller Torches AOC's Fracking Ban Proposal