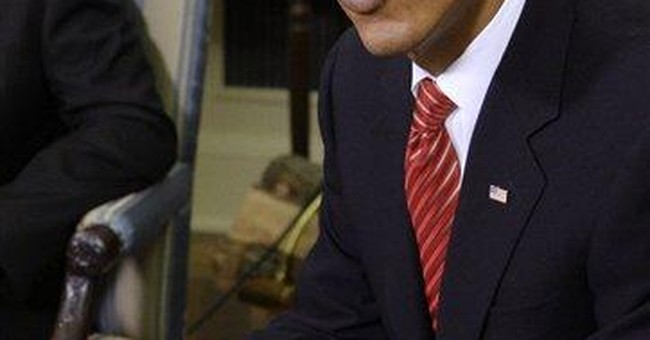 Back when people were tippy-toeing around the “s” word (“socialist”), and before he was elected, I called out Obama’s basic political inclinations for what they are - communist.

Though plenty pooh-poohed this, and called it extreme or unsubstantiated, there was ample proof in Obama’s own writings, his interviews, and the political leanings of his mentors (Saul Alinsky, Frank Marshall Davis), his pastor (Jeremiah Wright) and his friends. It’s absurd to hear people say now that Obama is governing differently than he campaigned. If you think that, you weren’t listening.

But those who still harbor any doubts need only look at his team of “advisors.”

White House Communications Director Anita Dunn is the most recent Obamirror. In the address so many have been airing recently, she offered Chinese Communist leader Mao Zedong as an inspiration to students who might need to “figure out how to do things that have never been done before.” Well, golly - a man who “figured out” how to murder 70 million Chinese certainly gets points for novelty.

Before Dunn, it was ousted “green jobs czar” Van Jones, a self-admitted communist.

“Science czar” John Holdren has written of the possible need (and constitutionality) of mandatory sterilization and forced abortions to forestall whatever crisis du jour he and his colleagues Paul and Anne Ehrlich were predicting back in the 1970s (The coming ice age! Catastrophic food shortages! Death to billions!)

“Regulatory czar” Cass Sunstein has argued in favor of government regulations banning hunting and eating meat, humans representing animals in court to protect their “rights,” government intervention to ensure that the “constitutional guarantee of free speech is adequately serving democratic goals,” (whatever those are) and “libertarian paternalism,” whereby government controls the choices you make. (Late comedian George Carlin would have had a field day with that oxymoronic suggestion.)

And none of this even mentions the laundry list of tax cheats.

These appointments are routinely characterized as amateurish leadership; examples of poor vetting. This would be laughable were it not so obviously false. How many of Obama’s advisors have to be exposed as communists and Marxists before some of the duller-witted among us admit not only that there is a pattern here, but that it is deliberate, and reflects the leanings of the White House?

In February of this year, Newsweek giddily proclaimed, “We are all socialists now!” But Obama is no mere socialist. A socialist just wants your money; a communist wants complete control of your life. Some questioned the tone of my October 2008 column when I wrote it; how temperate it looks now in light of the first nine months of the Obama administration.

Obama has nationalized banks and car companies, fired the chief executive of a major corporation, appointed unaccountable ministers to set salaries for executives in private industry, castigated and threatened secured bondholders and run roughshod over their contract rights in favor of political patronage, spent nearly a trillion dollars in “stimulus” legislation that was loaded with payback and pork, proposed “cap-and-trade” legislation that will confiscate American wealth and transfer it to third world nations, many of whom are run by leftist dictators. And his pièce de résistance would be a government takeover of the entire health care industry in the United States, the crowbar by which government will be forced into every aspect of our lives from birth to death.

All of this has been accomplished by deceit, trumped up indignation, and demonization of private enterprise and business leaders – classic Marxist propaganda. But it is still not enough. Too many Americans still oppose Obama’s attempts to take over the American health care industry (54% according to the latest Rasmussen poll). Over 40% now “strongly disapprove” of Obama’s performance as President. Hundreds of thousands have turned out at “tea parties,” townhalls, and a march on Washington. Resistance is growing.

Obama knows that Americans who favor limited government, personal liberty, free market exchange, and individual responsibility opt to get their news and commentary outside the controlled Pravda press that has cast him as a “god,” and pitches his statist agenda adoringly. Thus, because every good communist knows you must have a stranglehold on the media, he has now launched a full-scale attack on Fox News, and other media that refuse to toe his party line.

This is right out of the Marxist-Leninist playbook, as is Obama’s methodology. In the style of history’s most talented dictators, Obama remains above the fray, having thugs, well-meaning but ignorant “social justice” Christians, leftist theorists, and political hacks to make his arguments and do his dirty work for him.

Still, there are those who cannot square Obama’s admittedly leftist leanings with his reluctance to vocally support the Iranian protestors, his shunning the Dalai Lama, his obsequious bow to the Saudi king, embrace of Hugo Chavez, and defense of ousted Honduran President Manuel Zelaya (whose disregard for the constraints of the Honduran constitution was the reason for his ouster).

Anyone struggling with that perceived inconsistency does not understand the difference between traditional liberalism and communism. The communist – like every other utopian ideologue - is always, at his core, an authoritarian. Professing to love and do all for “the people” is a transparent cover for loathing of “the people” and complete disdain for their choices, as Obama, his comrades in Congress, and his shills in the media have demonstrated toward Americans over and over again. Representative government is a farce and a façade for these people. It doesn’t matter what you want; we know better than you.

Time was, those accused of communist sympathies would deny it. Today’s Marxists brazenly say, “Yes, we can!” Perhaps too much time has passed since the last leftist barbarian starved, imprisoned, or slaughtered millions of his own people in the fruitless pursuit of utopia. Perhaps Obama & Co. are allowed to get away with this because our Pravda press views Obamunism as a “kinder, gentler” sort of communism than that responsible for the deaths of 100 million people in the past 90 years or so. Or perhaps people cannot believe that a fatherless boy from a difficult background, a man willing to reveal all in heartfelt autobiographies, a gifted speaker inspiring such admiration – could possibly pose a threat to the freest nation in the world.

This is foolhardy. The people Obama has handpicked to advise him share his willful ignorance of human nature and his arrogant sense of moral superiority. Those two traits, more so than any others, power the “ends justify the means” ethos that has been behind some of the bloodiest excesses in human history. And that same history is filled with examples where oppression was accompanied by inspiring tales of hardships overcome, ghost-written autobiographies, soaring rhetoric, and a population willing to enshrine the Leader as a godlike figure.

And ultimately, it isn’t – or rather, it shouldn’t be – about Barack Obama the individual. He may be the kindest man one could hope to meet. But the drafters of our Constitution understood something fundamental: that the best protection against oppression lies in a government with limits, not the benevolent personality of whoever happens to be in office at the time. Throwing away our liberty hand over fist because Obama seems like a basically decent guy is precisely what the Founding Fathers warned against. (And for the record, I personally place no confidence in a man who views our Constitution as “flawed,” precisely because it limits his power.)

There were few who remarked with astonishment at a President whose inaugural address was themed around “remaking America.” But millions wondered in breathless anticipation what this “remade” America would look like. Just look at Obama’s role models, and the role models of his appointees and political supporters, and you’ll know. Obama’s remade America would look like Cuba. North Korea. The former Soviet Union. Venezuela. Cambodia. Myanmar. China.

“Communism” is a term that may be outdated. Fine. Whatever you choose to call it – totalitarianism, authoritarianism, liberalism, progressivism, statism, libertarian paternalism – it is the same mindset. Like a virus, the change of name is just a mutation of the same ideas that threaten to destroy the body politic.