It’s Not the Primaries Anymore… 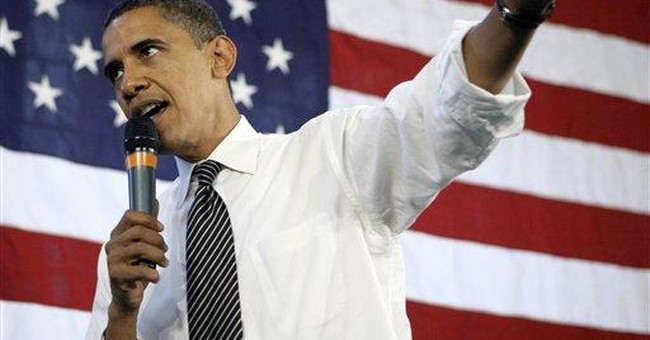 The Obama camp and the media seem to be completely gobsmacked by the fact that Sarah Palin has invigorated McCain's campaign and rallied voters around their ticket. Much has been said about the media's lack of understanding about Palin's appeal (more about that in another column), but there's another factor they seem to be overlooking: we're not in the primaries anymore!

It's not just that the gloves are off and we're down to the wire. It's that neither the media - nor Obama's own campaign - seem to realize that so much of the attention to and adulation of Barack Obama came not from his supporters, but from so many of the rest of us, who were completely riveted, watching him take on the Clintons and spank them.

Personally, I think that Barack and Michelle Obama are wonderful American success stories. Educated, successful, happily married with two beautiful little girls, they both seem to be devoted parents and loving spouses. I also believe that they are passionately committed to improving the lot of people around them. From both two-parent and single-parent homes, they are role models and a testament to the fact that any American can become anything he or she sets out to be.

Will I vote for him? No. And it's not so much a lack of experience. It's a matter of ideology. I think Obama is hopelessly naive about foreign policy, and his socialist utopian economic ideas have been debunked time and time again. Working as I do in entrepreneurship education, I know the kinds of economic policies we need to enable people to start and grow businesses, create, build and transfer wealth, and move out of poverty. I disagree with virtually every aspect of Obama's domestic policies (to the extent he has articulated them). And I know all too well the economic and political policies of the individuals whose playbook he follows - people like Saul Alinsky and William Ayers. Deceitful, violent, negative, unrepentant, discouraging - I can't imagine taking a page from their playbook. And I won't vote for a presidential candidate who does.

But boy, did I cheer Obama on in the primaries. And I watched many conservative colleagues and acquaintances do the same. We were all rooting for him. (Well, not all of us. Some purported to be supporting Hillary, thinking she'd be more easily defeatable in November.) It wasn't pretense. We really enjoyed it. We loved the fact that Obama's campaign refused to kowtow to the Clintons. We relished a Democratic candidate who wasn't running as merely a backdrop for Hillary's "inevitable" ascendancy. We appreciated that the accomplished Michelle seemed comfortable in her own skin, and didn't need to be telling everyone how the country was going to be getting "two for one." And the greatest glee of all - after two decades of controlling Democratic Party politics, the Clintons simply expected the nomination to be handed to Hillary. And their own party told them to take a flying leap.

This was heady stuff. People across the political spectrum watched Obama's meteoric rise and defeat of Hillary and Bill with satisfaction. I heard many, MANY Democrats confess (now that they had a choice) that they couldn't stand the Clintons, and were so hoping that this would be the end of their hamfisted control of the Democratic Party. These sentiments were expressed by left-wing writers in the major newspapers, and on the internet.

That's all well and good. But, having defeated Hillary Clinton in the primaries, Obama has now become the nominee, and thus, the opponent.

What does this mean? It means that a significant amount of the praise and adoration he received has now dried up, as conservatives, Republicans, many independents and right-leaning Libertarians turn their support to a candidate whose views are much closer to their own.

Like an upstart gladiator who somehow bested a former champion of which the crowds had grown tired, Obama during the Democratic primaries provided superlative, sublime entertainment value. The crowds were wowed. They cheered him on. They roared their appreciation for his come-from-behind victory. But if he and his handlers expected those same crowds to continue to profess undying love and support, they're in for a rude awakening. And it appears they're getting it.

The entertainment is over. Now the real fight begins. Obama has become the victor he once sought to unseat. No longer the underdog, he finds some of the same adoring throng has now begun cheering for his opponent. Does this mean that his audience is fickle? Far from it. They just knew good entertainment when they saw it.