A Lesson for the Left about Medicine, Money and Motherhood 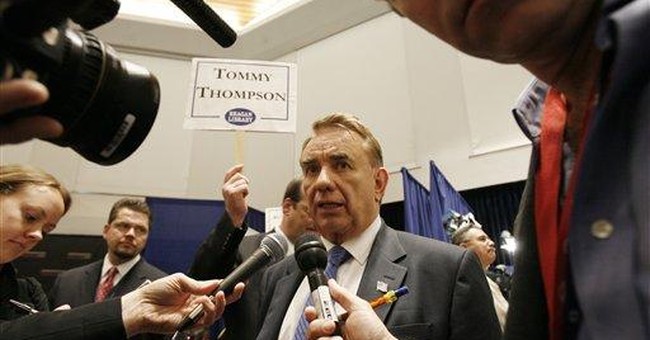 As Mother’s Day approaches, I am thinking about an invitation I received recently to view a film called “The Motherhood Manifesto” at a local library. “Bring something yummy and come hear about the policies that make it so hard to be a mom these days!” the invitation read cheerfully.

The word “manifesto” in the title sent up red flags for me. But, curious, I went to the host website – www.momsrising.org – to see what the components of the “manifesto” are. Cleverly, the website’s authors have used “MOTHER” as an acronym for their demands: M = (paid) Maternity and paternity leave. O = Open, flexible work. T = TV and afterschool programs. H = Healthcare for all kids. E = Excellent childcare. R = Realistic and fair wages.

“Manifesto” is the word for it, all right. Karl Marx would be proud. Virtually everything on the site advocates government regulation of business, and taxpayer-funded social services. The site is filled with supporting factoids about how many school-age children are home alone each afternoon (14 million!), the need for government censorship of the (40,000) TV commercials children see each year, and Canada’s allegedly wonderful health care system.

This initiative, like so many touted as women-driven and mother-centric, betrays the Left’s complete lack of understanding of – or utter disregard for -- basic economics. As long as some public policy pronouncement is “for the children” or accompanied by a compelling story of a family’s struggle or financial hardship, we’re supposed to be all for it, even if it bloats the government or brings the economy to the brink of collapse.

As one who worked in Detroit in the 1990s during the Clintons’ (happily) failed attempt to nationalize health care, I can attest that Canada's system is hardly the model plan that MomsRising.org seems to think it is. In Michigan, we saw the Canadians come across the border to avoid months waiting for necessary surgery, for a choice of doctors, or to obtain America’s better medical research. Canada's system is a failure for the same reason the United Kingdom's is a failure: when people perceive that something is "free" (because the costs are hidden to them), they use much more of it than they would if they had to pay for it.

A so-called “single-payer” (read: government-provided) health care system paid for in this country by tax dollars would collapse in an astonishingly short time. You need only look at the medical malpractice crisis. In the 1980s, we began to see multi-million-dollar jury verdicts in questionable cases (where malpractice was unclear or even unproven) because the jury knew that an insurance policy would pay the verdict. But this drove the premiums up to the point that doctors could not - and cannot - afford them.

Physicians will not stay in specialties where the insurance premiums are over $100,000 per year, as is often the case now in high-risk practices like obstetrics and neurosurgery. Doctors cannot pass the costs of those premiums on to patients in the form of fees, because patients cannot pay them, and Medicare and Medicaid will not pay them. Nor will HMOs or PPOs, all of whom have fixed prices for what they will pay. So the doctors close their doors.

My point is that while there is much wailing and moaning about prices, no one pays any attention to costs. You can clamor all you want to fix or control or cap prices, but the costs are what they are - and once the price is less than the cost, the business or practice is gone. (Unless, of course, you are going to have the government order people to stay in business, and it is not difficult to imagine the catastrophically poor care that we would get with people forced to stay in medical practice.)

The MomsRising site is just as wrongheaded in its complaints about the lack of "fair wages," for women. When wages are adjusted for time that mothers spend out of the work force at home with their children, women in the same jobs make dollar for dollar what men do. (See Steven Chapman and Thomas Sowell's writings.)

In my field – law - , for example, many women take time off to be at home with their babies. Some step off partnership track altogether. Some do part-time or flex-time while their children are young, and take longer to make partner. These are all great options. But if a woman chooses to go up for partnership in 10 years rather than seven, it is manifestly unfair to the man (or woman, for that matter) who went up for partnership three years earlier, to demand to be paid as much as they are. MomsRising calls this income disparity “the mommy tax,” as if a woman should be paid despite the fact that she wasn’t there doing the work.

And MomsRising’s economic prescriptions for lower income women - women who don't make enough in their jobs to pay for someone else to take care of their children while they work - make even less sense. If you make less than $25,000 per year (as MomsRising claims is true of one-quarter of families with children under six), then how is it logical to pay someone else between $4000 and $10,000 per year per child (another MomsRising statistic)? Wouldn’t it make more sense to stay home and take care of your children yourself?

Oh, no. MomsRising demands that lower-income women be paid more, in order to afford childcare that they admit is already inadequate and too expensive. And they want the child care to be "excellent" (which will make it even more expensive). Oh, and by the way, someone else should pay for it.

The economics on the MomsRising site is atrocious; the conclusions counterintuitive. But perhaps that’s the point. Indeed, the larger question in my mind as I reviewed the site, was: Where in any of this is the ‘mothering’?

"A recent study found a widespread scarcity of quality, affordable infant-toddler child care in all communities."

In truth, there is NO shortage of quality, affordable infant and toddler care in any community - it's called "parents."

All of MomsRising’s economically untenable prescriptions are supposed to be motivated by our recognition that motherhood is terribly important. I personally think that motherhood is the most important profession, and our culture doesn't even give lip service to it anymore. But as a mother, I also think we do a terrible disservice to our children by farming them out all day long. More to the point, it's pathologically hypocritical to claim some moral high ground for motherhood while advocating ad nauseum for policies favoring mothers who are everywhere except with their children.

Very little at MomsRising.org celebrates being a mother. What it does attempt to do is use having a baby as a moral bludgeon to trumpet for government control over childrearing. I cannot think of anything worse. It is no substitute for mothering (or parenting in general), psychologically and emotionally catastrophic for children, and economically disastrous for the country.

There are plenty of things that make it harder to be a mom these days than in the past – easy divorce, the pervasiveness of pornographic sexuality directed at children, and our culture’s antagonism towards women who choose to raise their own children (witness Linda Hirshman’s infamous insults), for starters. But government’s failure to control television commercials, mandate higher wages for sales clerks, or provide infant-to-college child care isn’t among them.

If MomsRising.org is any indication, a real appreciation for mothering in the United States is falling, not rising. None of this should surprise me, however. The Left’s concept of “motherhood” seems to consist largely of women’s constitutional “right” to destroy their own offspring, and to demand that everyone else pay to raise their children if they deign to have them.

This Mother’s Day, I am offering special thanks to all the mothers – and fathers – who understand the value of real parenting – and the price we all pay when we don’t.