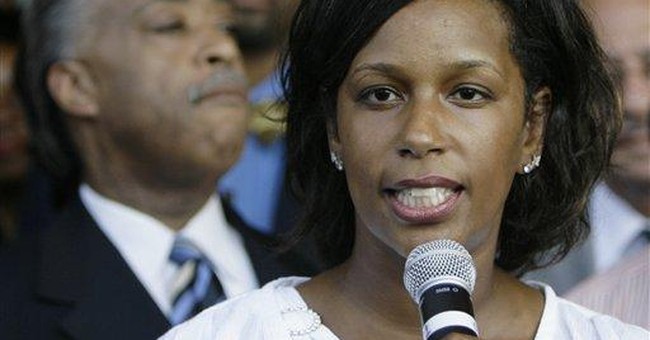 When Ward Connerly – the engine behind state-to-state campaigns to end government-sanctioned racial discrimination – made a life-changing decision in the mid-1990s to raise the spirit of the true Civil Rights Movement, he must have known how his critics, even federal judges, would react. But he forged ahead.

After those stunning victories in two left-leaning states, the next stop was Michigan. Race preference proponents were right to worry about the Michigan Civil Rights Initiative (MCRI). On November 7, 2006, Proposal 2, which would end preferences in government hiring and admissions, passed with 58 percent of the vote.

From the beginning, groups in Michigan like the Coalition to Defend Affirmative Action, Integration and Immigrant Rights and Fight for Equality By Any Means Necessary (BAMN) tried to stop MCRI, and their legal challenges were smacked down.

BAMN and other lower-standards-for-blacks supporters sought new strategies to subvert the will of the people. BAMN filed suit to stop the implementation of Proposal 2, and several state universities asked for a six-month delay in implementing the new law. University of Michigan president Mary Sue Coleman went on record vowing to fight the law. Every step of the way, liberals attempted to smear preference opponents.

The most recent smear came last August in the form of Arthur Tarnow, a Clinton-appointed judge for the U.S. Court of Appeals for the Sixth Circuit. BAMN alleged that MCRI fraudulently obtained petition signatures, thereby violating the Voting Rights Act of 1965. Tarnow ruled that MCRI had not violated the Act. BAMN appealed and was again rebuffed. Last month, Tarnow ruled that since Proposition 2 is now state law, the issue is moot.

Ordinarily, such a ruling wouldn’t be worth noting. However, Tarnow’s August 2006 opinion (PDF) is worth noting for its extraneous and, frankly, outrageous, dicta. Beware of activist liberal judges bearing political axes.

Despite ruling in favor of allowing Proposition 2 on the ballot, Tarnow contended that “MCRI engaged in systematic voter fraud by telling voters that they were signing a petition supporting affirmative action.” This is his idea of “systematic voter fraud”: 11 people testified that they were misled into signing what they believed was a petition “in support of affirmative action.”

MCRI hired a company to collect the signatures. Heidi Verougstraete, who works for the company, testified that circulators were told the initiative would end race and sex preferences. She said there was no mention of “affirmative action” during training sessions. For the sake of argument, let’s suppose that a few MCRI petition circulators – independent contractors - were overzealous or lazy in the field and indeed misled those 11 people into signing what they thought was pro-preferences language. How is MCRI guilty of systemic voter fraud? Moreover, does Tarnow and other preference proponents believe blacks are too dumb to read a petition before signing it?

First, let’s clear up some confusion. Affirmative action and race preferences are two different things. Affirmative action is a policy that requires the government to take affirmative action to ensure that applicants are treated equally “without regard to race, color, religion, sex, or national origin.” Additionally recruiters are to cast a “wider net” to include in the hiring pool qualified minorities who’d been historically excluded. That, and only that, is affirmative action.

Under preference policies, certain people are given special treatment based on race at the expense of others. Affirmative action is not discriminatory. Race preferences, by definition, are discriminatory.

Whether or not petition signers were confused about what affirmative action means, all they had to do was READ THE PETITION before signing it, which states in part:

“A Proposal to amend the Michigan Constitution by adding a Section 25 to Article I that would…(2) prohibit the State from discriminating against, or granting preferential treatment to, any individual or group on the basis of race, sex, color, ethnicity, or national origin in the operation of public employment, public education, or public contracting…”

Nowhere in the language is the term “affirmative action.” But Tarnow was right about one thing: the issue is moot; however, he couldn’t resist grinding his political axe and smearing preference opponents one last time.