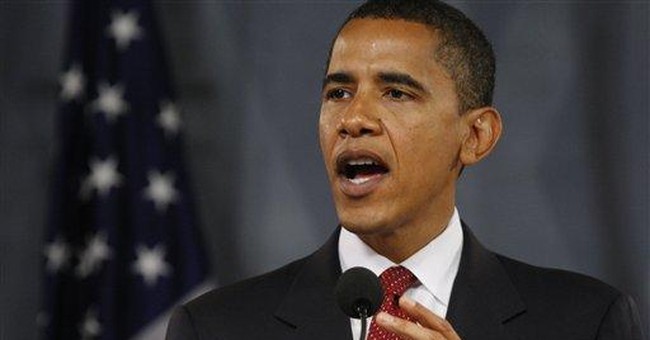 I frequently blog about what I perceive as a growing battle between blacks and Hispanics for “preferred minority” status. A preferred minority group is one that ostensibly is under-represented in certain professions and universities. This status goes beyond mere numbers and focuses on “oppression.”

For example, while Asians are a minority group in America, they’re not considered oppressed in the same sense, especially when it comes to college and university admissions. Asians are four percent of the population but account for almost 41 percent of undergraduates at the University of California at Berkeley. Bill “quota man” Clinton once said there were “universities in California that could fill their entire freshman classes with nothing but Asian-Americans.”

Lesser qualified minorities are admitted to elite schools so whites can feel good about themselves, and black Americans have occupied the preferred minority perch in admissions and hiring for the past few decades. Hispanics, growing in political power, are demanding their piece of the preference pie.

Given this tension, why would anyone believe blacks and Hispanics are natural allies? Presumably, since both are minority groups victimized by the majority white power structure, they should join together in a black-brown coalition to fight the oppressor. That’s why the Congressional Black Caucus supports legalizing millions of lawbreaking aliens, despite illegal immigration’s negative impact on its members’ constituents.

This impact is most evident in crime statistics. Hate crimes – a nonsensical crime category conceived to punish the thoughts of heterosexual white men – increasingly involve blacks and Hispanics as victims and perpetrators, at least in California. The Economist cited a hate crimes report, which revealed blacks were 59 percent of hate crime victims in Los Angeles County, and most of the time, the perpetrators were Hispanic.

Gangs played a significant factor in hate crimes. About 80 percent of gang-related hate crimes were committed by Hispanics against blacks. As expected, the researchers pointed not to individual thugs or a violence-glorifying subculture, but to an “anti-immigrant sentiment,” invoking mostly-white organizations like the Minuteman Project and Save Our State, groups trying to keep America from becoming a Third World country.

On the political front, California has experienced a demographic shift, and smaller cities like Lynwood, California, are case studies on how this change plays out at the local level. Lynwood, once predominately black, is over 80 percent Hispanic. Forty percent of residents are “foreign-born,” the Los Angeles Times reported, a euphemism in this context for illegal aliens. Because illegal aliens can’t vote, blacks still have the political advantage. If George Bush manages to get his amnesty bill inked, however, millions of “foreign-born” in every city will be on the road to citizenship. And Hispanics, just as race-conscious as blacks, will vote for Hispanics.

Whether one believes illegal aliens are “taking” jobs from blacks in the private sector, Hispanics certainly are using the race preferences hustle for government jobs. Last year, a coalition of Hispanic groups released a report condemning the Office of Personnel Management, the federal government’s hiring agency, for failing to hire and promote more Hispanics. Blacks tend to be overrepresented in federal agencies, and Hispanics, for now, are underrepresented. About 13.3 percent of the population, Hispanics are 7.4 percent of the federal workforce. Proportionately speaking, they are underrepresented. The solution to this problem? Preferences, of course!

Blacks and Hispanics should be natural allies--in support of principles like the rule of law, a necessary component of a fair and free country. Our government shouldn’t have the power, legal or otherwise, to discriminate for or against any group based on race or ethnicity. Eliminating preferences might alleviate some of the tension.