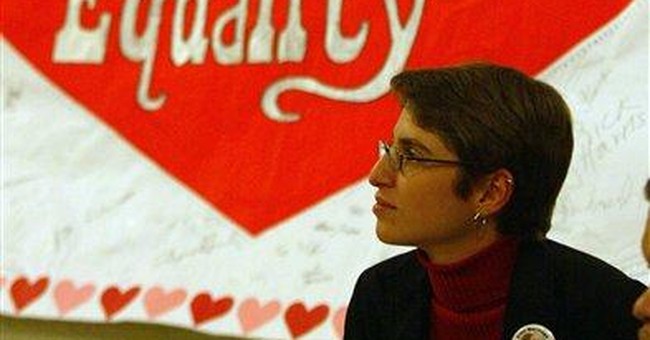 Mildred Jeter and Richard Loving had to leave their home state to marry. They exchanged vows in Washington, D.C., in June 1958, where there was no prohibition against interracial marriage. Shortly after returning to Virginia, the couple was arrested in their home and charged with “unlawful cohabitation.”

The court suspended sentence on the condition that the two leave the state and not return together for 25 years. In 1963, the Lovings filed a motion to vacate the judgment and set aside the sentence. Almost a year later, the court still hadn’t ruled on the motion, and the couple filed a class action suit in federal court. The case eventually made its way to Virginia’s highest court, which upheld the state’s law against miscegenation and affirmed the convictions.

On June 12, 1967, the U.S. Supreme Court declared Virginia’s anti-miscegenation statute unconstitutional. As marriage is defined as a union between a man and a woman, there was no “legitimate overriding purpose” to outlaw marriage between a white man and a black woman other than blatant racial discrimination. Racial classifications are suspect. For courts to uphold such classifications, states must demonstrate a “permissible state objective, independent of the racial discrimination which it was the object of the Fourteenth Amendment to eliminate.”

The court also found that Virginia’s anti-miscegenation law violated the Due Process Clause: “To deny this fundamental freedom on so unsupportable a basis as the racial classifications embodied in these statutes…is surely to deprive all the State’s citizens of liberty without due process of law.”

Ironically, Democrats created laws prohibiting interracial marriage. After the Civil War, states enacted laws called Black Codes in response to the emancipation of slaves, which restricted the rights of newly freed slaves to own or rent farmland, vote, sit on juries, testify against white men, sue, enter into contracts, and intermarry with whites. Republicans opposed the laws and wanted to pass the Civil Rights Bill, but Democratic president Andrew Johnson refused. The rest is well documented history.

Homosexuals have cited Loving v. Virginia and the modern civil rights movement to argue for marriage between two men. Aside from the moral outrage this should generate in the black community but doesn’t, marriage between a man and woman of different races and marriage between people of the same sex aren’t comparable at all.

The goal of interracial marriage bans and legalized segregation was to maintain a subordinate class of citizens based on race. The goal of same-sex marriage bans is to protect traditional marriage, not maintain a subordinate class based on “sexual orientation.” One would be hard-pressed to argue that homosexuals in America are second-class citizens.

Marriage is a legal union and social institution recognized by the states as serving fundamental purposes: providing structure for family formation and rearing children, and acting as a stabilizing influence that benefits the whole society. Changing the definition to include the union of two men and two women opens the door to legalizing increasingly deviant unions. Marriage will cease to have any meaning at all.

For instance, if we extend marriage to same-sex couples, on what grounds can we deny the same to three people? Or 10? Or close relatives? Or adults and children? It makes a mockery of marriage.

Individuals are worthy of equal treatment under the law, regardless of race, but an individual’s lifestyle choices are not.