Homosexuals, Hate, and the Gospel 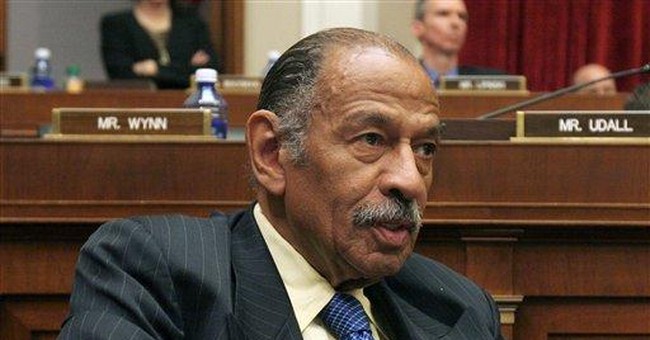 Last week, the House Committee on the Judiciary passed a bill that would expand the federal definition of so-called hate crime to add homosexuals and people confused about their gender to the list of protected classes. The committee’s Democrats voted for the bill, and Republicans voted against it. The bill is on its way to the full House.

Rev. Lou Sheldon of the Traditional Values Coalition said he watched the committee hearing on the bill. One Republican tried to add unborn babies to the list of protected classes. Others attempted to add military personnel, senior citizens, and homeless people to the list, but Democrats rejected the amendments. A Republican asked for a definition of “sexual orientation” and “gender identity,” and Democrats refused to define the terms or add clarifying language to the bill.

The whole discussion of protected classes is silly, and one would hope Republicans were trying to make a point. Military personnel or old people or homeless people or any group should not be protected above anyone else, but there was no justification for Democrats to refuse to add these classes. Why are homosexuals and gender-confused people more worthy of protection than members of those groups?

It is not a crime to hate someone. As unpleasant an emotion as hatred can be, we are free to think whatever we want about any person for any reason. We are not free to injure others whether we hate them for their race or sexual habits or because we want the money in their wallets. One argument hate crime supporters make is that a crime motivated by racial hatred harms those beyond the victim. But crimes not motivated by prejudice or bias also hurt those beyond the victim.

Simply stated, hate crimes are designed to punish thoughts and feelings and to treat people differently based on membership in a group. They are a slippery slope toward suppressing free speech and the free exercise of religion.

Suppose a pastor gave a rousing sermon against the sin of homosexuality and some idiot in the congregation went out and attacked a homosexual. (The Bible does not teach that Christians should kill or attack homosexuals, by the way.) Could that pastor, exercising his freedom of religion, be charged with inciting violence under the federal hate crime statute? Congressman Mike Pence tried to add protections against such a scenario: “Nothing in this section limits the religious freedom of any person or group under the constitution.”

Democrats refused to add the language to the bill. Can you see the slippery slope a little clearer now?

Why this federal-level expanded definition of hate crime is a problem should be obvious. One day in the foreseeable future, preaching the Gospel of Jesus Christ, which is offensive to all unbelievers and considered to be hateful speech by some, will become a hate crime.