Every One His Due 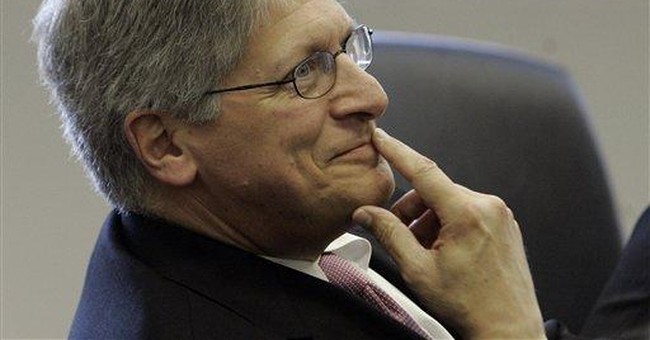 “Justice is the constant and perpetual wish to render to every one his due.” – Justinian I, Roman Emperor of Byzantium

Three, drunken, rowdy, privileged, elitist, indulged, slur-slinging lacrosse-playing white men accused of beating, strangling, raping (vaginally and orally), and sodomizing a poor, oppressed black woman forced to take off her clothes for strange men in order to feed her children, while the lacrosse team erected a “blue wall of silence,” barricading themselves within the old-boy protection of the moneyed white male patriarchy – no writer could have penned a more gripping drama.

As every “Law & Order” episode ends with a twist, so has the Duke “rape” case. The real story wasn’t the heinous allegations. It was the district attorney’s unbelievably blatant political motivations for bringing charges against the men in the face of zero evidence.

It was a university’s rush to condemn the students in an attempt to prop up its Marxist, race-obsessed, radical feminist, and politically correct platform despite its obligation as a collective of administrators, teachers, and mentors to treat all students fairly.

It was national media’s frenzied, man-bites-dog, blood-in-the-water coverage of a story so laughably phony that even a blind man could see the farce 100 miles away.

At the end of hour-long crime dramas, loose ends are tied and justice prevails most of the time. In real life, there are no guarantees. Fortunately, Reade Seligmann, Collin Finnerty, and David Evans, the former lacrosse players indicted for forcible rape, sexual offense, and kidnapping, are free men. North Carolina Attorney General Roy Cooper, who took over the case after Durham County District Attorney Mike Nifong was charged with ethics violations, declared them “innocent” and emphatically stated that no DNA, no witness statements, nor the accuser’s own words supported the rape claim.

“[T]he inconsistencies were so significant and so contrary to the evidence that we have no credible evidence that an attack occurred in that house that night,” Cooper said, adding that rogue prosecutor Nifong, “with the weight of the state behind him,” barreled ahead with a weak case.

Likewise, Nifong’s apology was just as weak: “To the extent that I made judgments that ultimately proved to be incorrect, I apologize to the three students that were wrongly accused.”

The men are exonerated. But every vacuous Duke professor who jumped on the white-boy-hunt bandwagon, every race hustler who competed for headlines and profit, every feminist who banged a pot or keyboard in protest, every black person who still believes “something” happened in that house that night, and every fool who thinks the men should be punished anyway to make up for injustices against blacks, remains indicted for failing to remember that justice denied for one is justice denied for all.

Justice must pay a special visit to Nifong. At the very least, he should lose his job as district attorney. At most, he should lose his license to practice law. Last week, a North Carolina State Bar panel denied his request to drop the most serious charge filed against him – that he withheld exculpatory DNA evidence from the defense. Things are looking bad for Nifong, but they’re looking good for justice.

It is my wish that every man and woman who took to the airwaves, print and online media, and college campus podiums to castigate Seligmann, Finnerty, and Evans for the basest of reasons – pettiness, jealousy, envy, and hatred – is rendered his or her due.