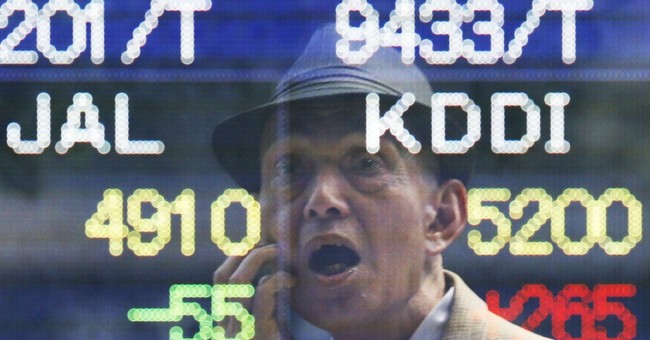 Trending
No matter how many monetary officials try to sugarcoat it with damage control, the fact remains that the Ben Bernanke Fed wants to end its quantitative-easing bond-buying operations over the next year. That was Bernanke's statement at his last press conference, and I've seen nothing to contradict it.

As everyone knows, stocks and bonds collapsed right after Bernanke let the cat out of the bag. Fortunately, markets have stabilized since then. But my hunch is that unless the economy really falls back into a quasi-recession, the Fed is going to go ahead and end its bond purchases.

The central bank will more than likely begin to taper in September. And it will do so based on roughly 175,000 new jobs each month, which is consistent with a 2 to 2.5 percent economy.

But as the Fed implements this policy, there's going to be a lot more volatility in the financial markets, with significant downside risks for stock prices and upside potential for longer-term interest rates.

Investors beware. The second half of this year could be a bumpy ride.

Now, nobody asked my opinion on this. But I wish the Fed would leave its current accommodative policy in place, rather than taper down its quantitative easing. Why? Let me begin with the crashing gold price. Although gold has been dropping from $1,900 for a couple years now, it has fallen several hundred dollars recently to around $1,200. Gold is an important market-price signal of money policy and inflation, the latter of which has dropped to 1 percent year on year. So today's gold price is a (SET ITAL) deflationary (END ITAL) signal.

The strong dollar reinforces the gold indicator, as do weaker commodity and metal prices. They're all telling the central bank to go very, very slowly in unwinding QE.

Also, this is only a 2 to 2.5 percent economy. Market monetarists are focusing on a soft nominal gross domestic product rate, which is less than 4 percent. That's another signal that the Fed should not tighten its cash-injecting money-supply policies. As the monetarists well know, a slowdown in Fed bond buying will translate to a slower rate of growth for the monetary base and likely for M2. The falling turnover of money, or velocity, is already a cumbersome process. But Fed tightening will make this story even more difficult.

And if the Fed does what it says it's going to do, there certainly is going to be an intermediate bear market in bonds. As a rough approximation, 10-year Treasuries, which already have gone up nearly 100 basis points to 2.5 percent, will probably rise another 100 basis points to 3.5 percent. That, in turn, is going to weigh down stock market valuations. And it could well have a negative impact on the economy.

I don't want to get too bearish with this scenario. In particular, I think American business is very healthy, with rising profits, substantial cash flow and pristine balance sheets. But again, if the Fed goes through with tapering and tightening, it is likely to damage stocks for a while -- despite rising profits.

Again, I'm not trying to paint a catastrophic picture. But I am suggesting that as the Fed tries to extricate itself from a balance-sheet-ballooning QE approach that I never favored, it won't find the process to be all that easy. And there will be market and economic consequences.

Wouldn't it be nice if the central bank weren't in this fix to begin with? Wouldn't it be great if the Fed were governed by a set of rules rather than constant Keynesian short-run tinkering?

Bernanke was certainly right in 2008 and 2009, when he went all-out with emergency Fed operations. But the absence of clear monetary rulemaking has undermined his credibility since then. Yes, the inflation rate is low at only 1 percent. That's good. But why doesn't the Fed pay attention to falling gold and commodity prices, which are throwing off deflationary signals? And why can't the Fed use a commodity market-price rule to guide it toward an appropriate nominal GDP target of 5 or 6 percent?

Well, the Fed hasn't done it. Instead it has thrown a lot of chips on the table. And removing those chips is not going to be easy.