We Spend Too Much and Grow Too Little

Treasury man Tim Geithner was optimistic today about getting a deal on the budget deficit and raising the debt ceiling. In particular, he was confident that in the next few months a compromise would lock in some clear targets for deficit reduction, with a credible enforcement mechanism. He believes the debt-ceiling increase would not be rejected by Congress and that the congressional deal would also put in place deficit targets.

But the problem with the deficit, and for that matter the growing debt, is that we spend too much and grow the economy too little.

Mr. Geithner may run up against a brick wall on deficit targets. The House Republicans want spending limitations, not deficit targets. It’s not a simple semantic issue. A so-called deficit target leaves open the probability of a big tax hike. In fact, as we know, the president’s budget has roughly $1.5 trillion in new taxes. That includes repealing the Bush tax cuts for the top 2 percent of earners and investors, as well as removing many of their tax deductions. As much as half the president’s deficit-reduction plan is absorbed by higher taxes.

This is why the GOP wants a spending-limitation mechanism. As a share of the economy, spending would be gradually ramped down from 25 percent to around 20 percent. Targets would be set each year. And if those targets are missed, budget -cutting penalties would kick in and the excess funds would be sequestered across the board. This is designed primarily for the non-entitlement portion of the budget.

So you can see the difference in the two approaches. Nobody, myself included, wants to see any default on the servicing of U.S. debt, including interest-expense-payment default. But in the next few months there ought to be plenty of time to work out a compromise with new spending rules.

The differences here are of course philosophical -- bigger government versus smaller government. But in economic terms, you could conceivably force a debt-reduction target in the short run that would raise taxes so much that economic growth would be damaged in the longer run. And that would create a bigger deficit.

On the other hand, lower spending as a share of GDP frees up resources to grow the private sector in the market economy. Couple that with pro-growth tax reform to flatten the rates and broaden the base and you’ll get a more efficient economy with an even lower budget deficit.

Mr. Geithner, in good faith, are you listening? 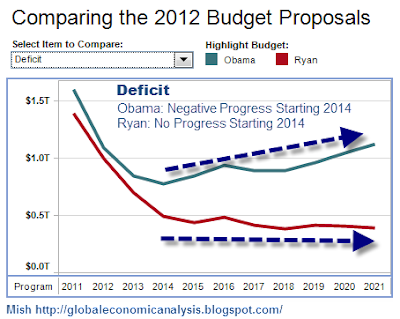 Get John Ransom's daily market commentary at the Ticker: