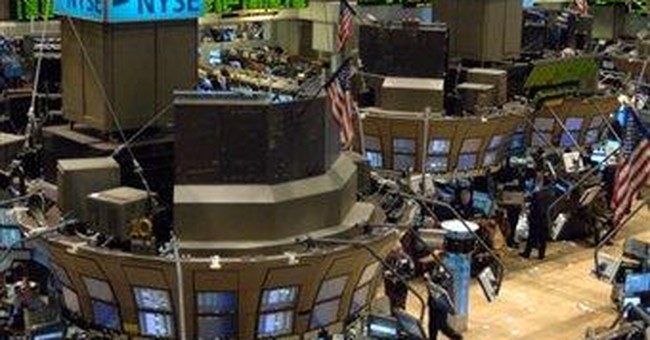 The verdict? It's a 2 percent economy. Call it Goldilocks 2.0.

Might the current financial turmoil throttle back growth a little more in the next six months? Yes, perhaps. Will there be some negative earnings surprises, especially from financial companies? Sure.

But the bears would have us believe the sub-prime credit virus heralds the end of the world. They are wrong. Remember this: Our free-market capitalist economy is resilient and durable. It has proven time and again that it can take a punch.

Sure, recession probabilities have increased. But so what? We've had virtually uninterrupted prosperity for 25 years, going back to the supply-side economy and technological boom launched by President Ronald Reagan. Since then, we've experienced 93 positive GDP quarters and only five negative ones. That makes for a truly phenomenal batting average.

Consider this: Marginal tax rates are low. Inflation is low. Interest rates are low. And the world economy remains strong. The stock market -- which I still believe is the best barometer of the health of business and the economic future -- has behaved surprisingly well during this difficult stretch of turbulence. In fact, the sum total of the so-called "bear assault" is only a 4.5 percent correction from Dow 14,000 and other index peaks registered two months ago.

Yes, profits are getting sloppy. And yes, there are some credit shocks out there yet to be revealed. However, the Federal Reserve will reduce the cost of money by bringing down its basic target rate on Tuesday (Sept. 18). President Bush will veto any Democratic tax hikes. And at the margin, the Iraq War story is taking a turn for the better. Meanwhile, American entrepreneurs are still working hard.

Speaking of next Tuesday, the best thing the Fed can do is deliver a big-bang, shock-and-awe rate cut that would bring the basic fed funds target 50 basis points lower to 4.75 percent. At the same time, it should lob a full percentage point off the discount lending rate, cutting it from 5.75 to 4.75 percent. This would be a confidence-inspiring move for all concerned: borrowers, lenders, businesses, consumers and mortgage holders. Not only will slashing the cost of money add significant new liquidity to the economy, it will raise asset values across the board.

The Fed also might think about setting up a special facility for non-bank lending institutions that are experiencing a liquidity squeeze. Perhaps also a temporary liquidity facility for commercial paper lenders. The asset-backed commercial paper market is vital to funding many of the daily operations of businesses across the country, and it's this market that has been hardest hit.

Such monetary front-loading would be very powerful, indeed. However, if the Fed goes small with only quarter-point reductions for fed funds and the discount rate, many investors will have an incentive to withhold money while they wait for interest rates to finally bottom at much lower levels later this year or next. In other words, a timid Fed action might actually prolong and deepen the economic slowdown.

This is not a time for small-ball. It's time for Bernanke and Company to go big.

And let's not forget that taxes are just as important as money. President Bush and Treasury man Henry Paulson should absolutely squash all the Washington rumors of tax hikes, in particular a cap-gains tax increase. If investors expect a hike in the cap-gains tax, they will have every incentive to launch a massive wave of stock market selling. Needless to say, this would be utterly calamitous for the whole economic picture.

The animal spirits may have had their wings clipped a bit by the credit crunch, but with the right tax and money policies there is still plenty of sizzle and juice in this story. It's very easy to be totally pessimistic and bearish right now, but that's precisely why I will avoid falling into that trap.