Larry Hart is the American Conservative Union Foundation Senior Fellow for Government Reform and brings 13 years of experience in the legislative and executive branches of government to ACU. In 1999, Hart left government service to form Hartco Strategies, a media relations and political consulting firm whose clients ranged from members of Congress and non-profits to political action committees.”

Previously, Hart served on the professional staff of the House Science Committee’s Subcommittee on Energy and the Environment for four years after a three-year stint with the Department of Energy. Earlier, Hart was Communications Director for Congressman Dana Rohrabacher of California and, before that, the late Herb Bateman of Virginia. Hart came to Capitol Hill after nine years in radio, working as Operations Manager and News Director for small to medium market stations from California to Virginia.

Following 9/11, Hart became active in efforts to rebuild Afghanistan, serving as pro-bono Executive Director of the Afghanistan-America Foundation, which sponsored housing, education and health projects with private funding. In 2002, Hart ventured into film production as the Executive Producer of “Life After War,” a documentary focusing on NPR war correspondent Sarah Chayes and her decision to quit a successful media career to help rebuild a small village near Kandahar. The film was screened on PBS’ Frontline/World and the Sundance Movie Channel as well as receiving a special mention on OPRAH.

Hart cut his political eyeteeth while still in high school in Southern California, working with activists to found a Californians for Goldwater chapter in 1961-62. He has served as Campaign Coordinator and/or Communications Director in state and federal campaigns from Rhode Island to Texas and every place in between.

In his formative years, Hart was a child actor and can still be seen by insomniacs watching all-night cable on such classics as “The Real McCoys” and “The Donna Reed Show.” 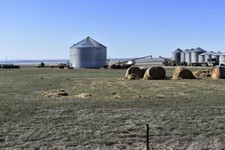 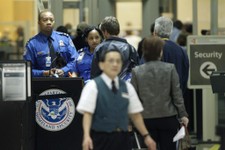 Ground the TSA Tax Hike
By Larry Hart
Like many other sectors of our economy, the airline industry has been working to shake off the effects of years ...
December 10, 2013
Commentary Archives
CARTOONS | Tom Stiglich
View Cartoon